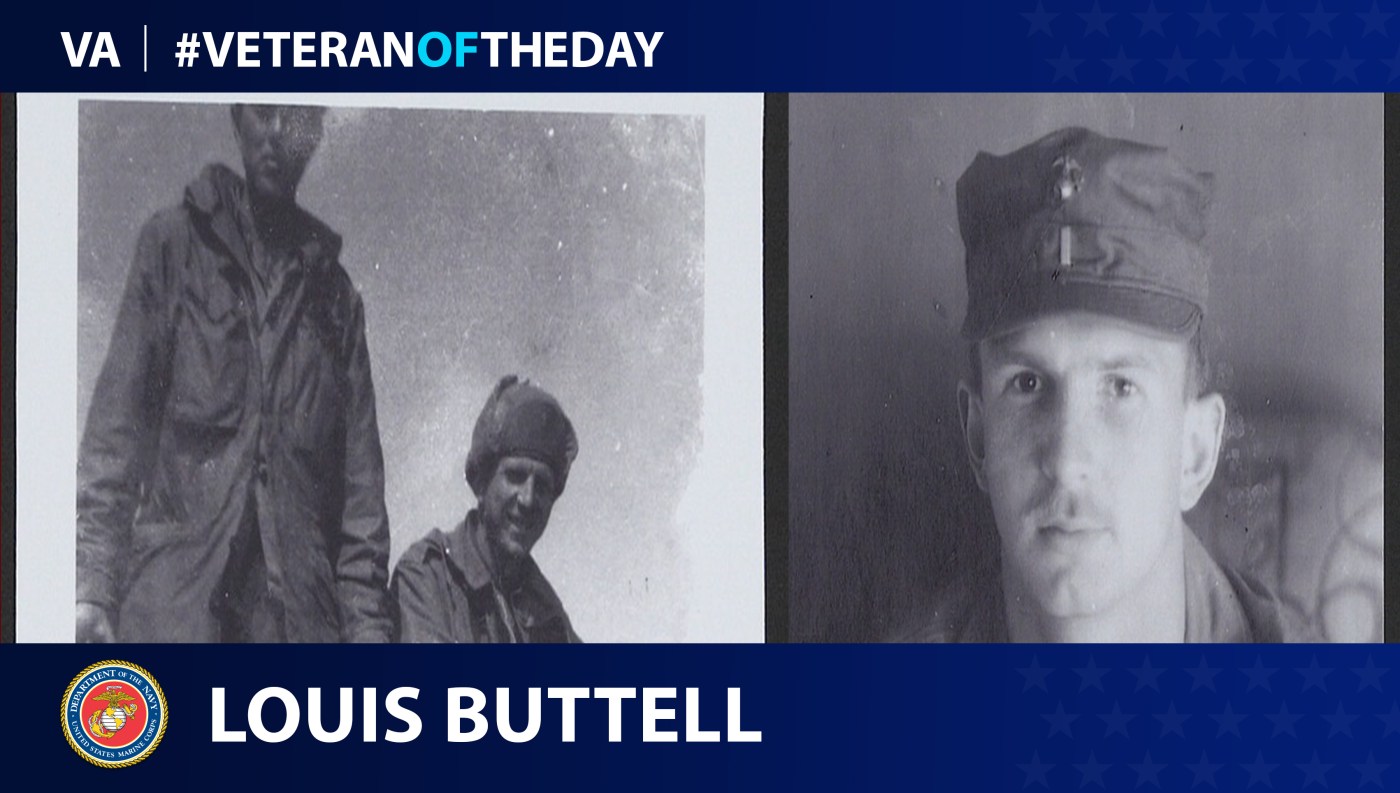 Louis Buttell was born and raised in the Jackson Heights neighborhood of Queens, New York, and graduated from Fordham Preparatory High School in 1944. Aware he would likely be drafted to fight in the Pacific, Buttell hoped to enlist with the Marine Corps before his 18th birthday. However, after his mother refused to give him permission, Buttell instead enlisted with the United States Navy in November 1944. There, he participated in the air crewman program. After basic training at the Naval Air Technical Training Center in Memphis, Tennessee, he attended aviation radio school. After graduating, he went to officer training in the Navy’s V-12 program, which sent individuals to college before qualifying them as commissioned officers.

The Navy sent Buttell to Cornell University in June 1945, where he received one year of classes. By the time he completed his courses in 1946, World War II ended, meaning the Navy no longer needed new officers. As a result, the Navy discharged Buttell in 1946. After leaving, he attended Holy Cross College and joined the Naval Reserve Officer Training Corps. In 1948, Buttell chose the Marine Corps and commissioned as a second lieutenant in June 1948. He served with the 14th Signal Company as a Marine Corps Reservist, stationed in Brooklyn, New York. During his time off duty, Buttell began working as a reporter for Newsweek Magazine.

Following the outbreak of the Korean War in June 1950, the Marine Corps ordered Buttell to active duty. He went to Camp Pendleton, California, and Quantico, Virginia, for further combat training and infantry officer training. After completing his infantry officer training in Virginia, Buttell received his deployment orders and went to the city of Pohang in January 1951. Upon arriving, Buttell served with E Company, 2nd Battalion, 7th Marine Regiment, 1st Marine Division.

The Marine Corps discharged Buttell in September 1951 at Treasure Island, California. From California, he returned to New York City and continued his career as a reporter for Newsweek Magazine.

Buttell attended the final reunion of the first Special Basic Class of 1950 in 2018.