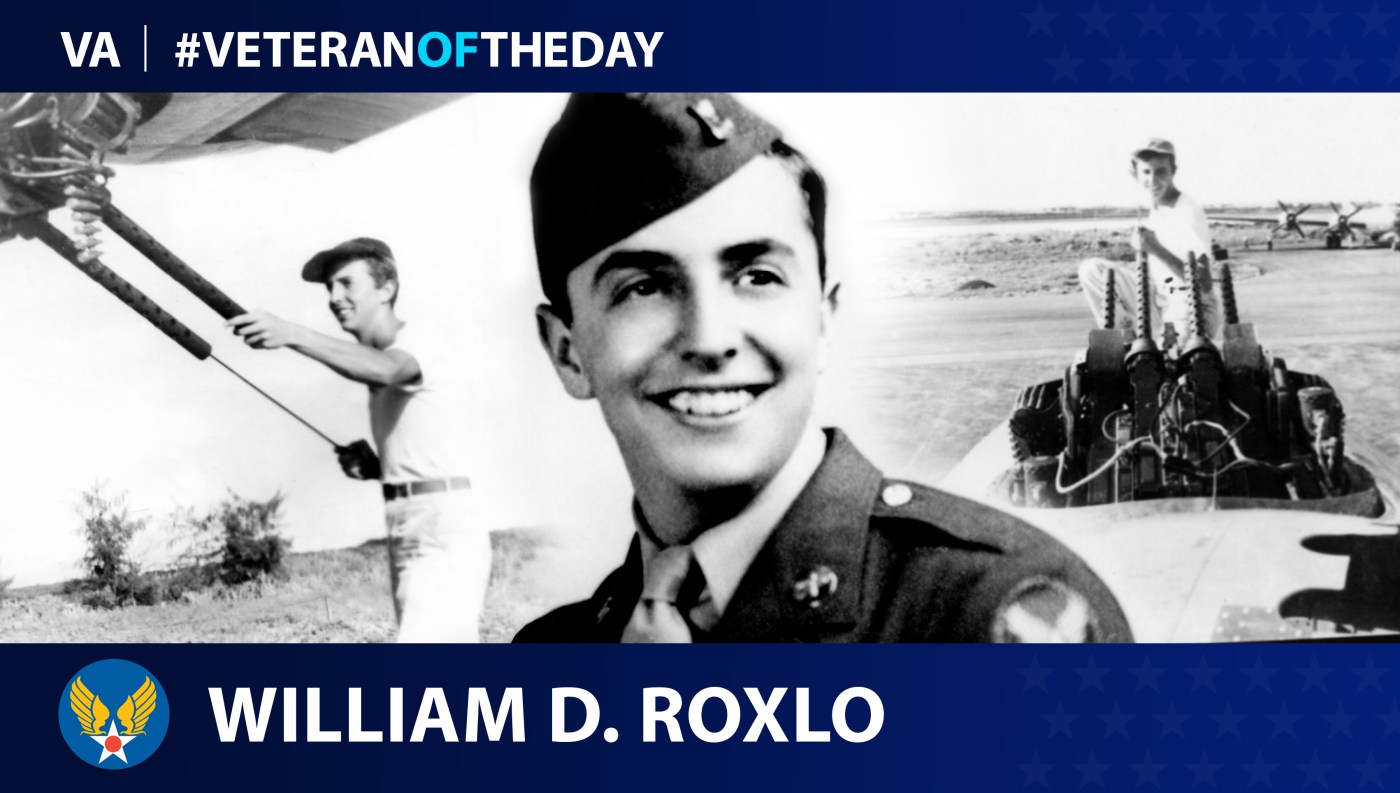 Today’s #VeteranOfTheDay is Army Air Corps Veteran William D. Roxlo, who served in the Pacific during World War II from 1943 to 1945.

William D. Roxlo, born in Barcelona, Spain, migrated to the United States at the age of 7 years old and resided in Charlotte, North Carolina, with his parents. Despite not being U.S. born, Roxlo always considered himself an American and was proud of this country.

When World War II started, Roxlo was attending Duke University in North Carolina and was pursuing a degree in engineering. However, by 1943, Roxlo and three of his friends decided that they couldn’t just study while a war was happening, so they quit school and joined the U.S. Army Air Corps. That same year, he went to Florida for basic training and moved through different bases around the U.S. before becoming a corporal. He served in Oran and Tinian Island in 1944 where he fought against Japan.

Roxlo left the Air Force after the end of the war in 1945 and returned to North Carolina. He attended Duke University again and finished his degree in engineering. Later, he worked at various companies such as Dupont and Catalytic Construction Company before getting married and having children. Later in life, he worked as a professor at the University of Charlotte until he passed away on Oct. 18, 2010, at 86 years old.