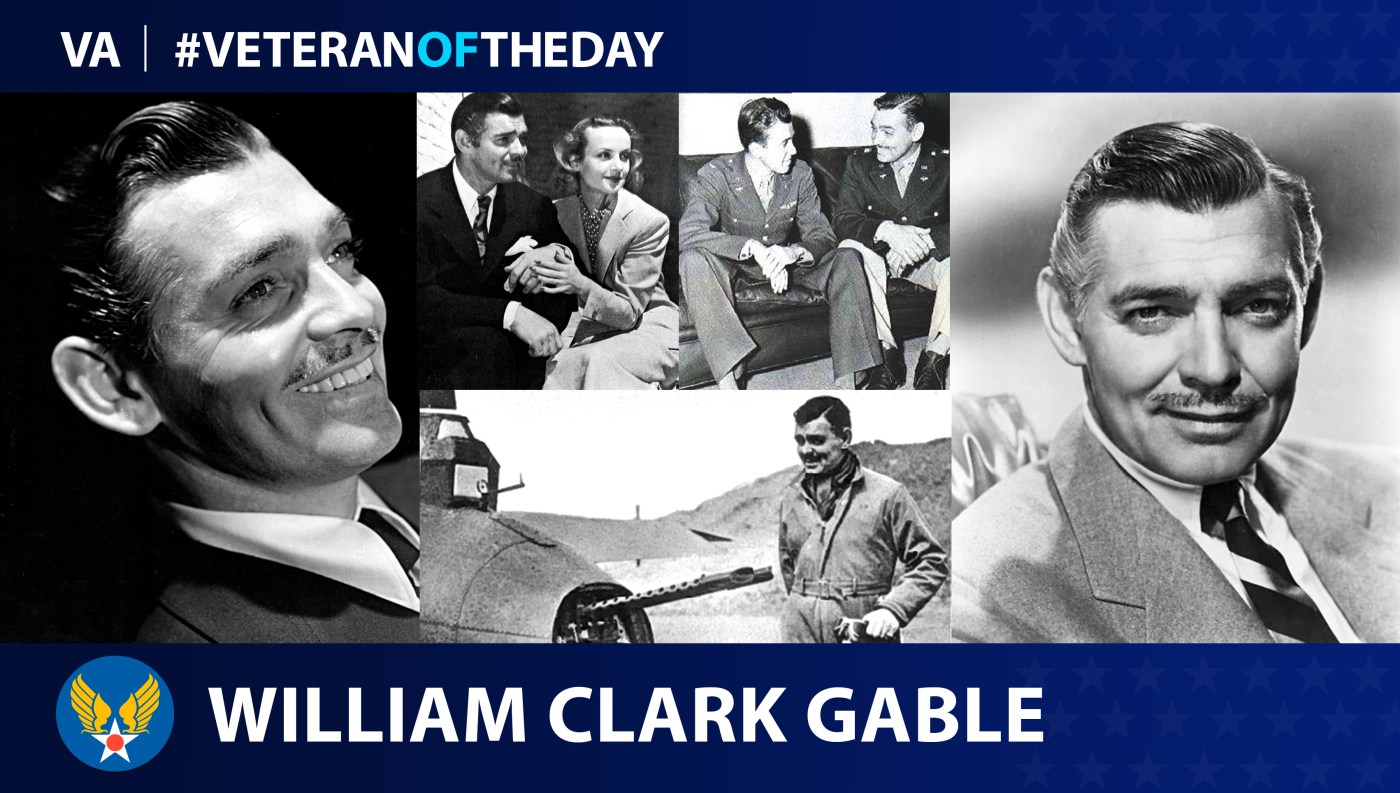 At 16, William Clark Gable dropped out of school to become an actor. He joined a traveling theater and worked different side jobs that led him to Oregon where he met his first wife Josephine Dillon. Despite their age difference, they married and moved to Hollywood.

Gable had a successful movie career playing in award winning films such as It Happened One Night and Gone with the Wind. Two events dramatically changed Gable’s life: the attack on Pearl Harbor and the death of his third wife, Carol Lombard. On Aug. 12, 1942, Gable enlisted in the Army Air Corps.

Despite being famous, Gable chose to enlist as a private and work his way up the ranks. After attending officers’ candidate school, he commissioned as a second lieutenant. He volunteered as an aerial gunner and photographer and even acted in a propaganda film. Gable served with the 351st Bombardment Group from 1943 to 1944.

It was during his fourth mission that Gable came closest to death. While behind the top turret gunner, Gable was almost hit with a 20mm shell that had come through the flight deck. The shell luckily only took off part of his shoe and passed by without exploding. Despite his brush with death, he flew one more mission before leaving for England in the fall of 1943. He returned to the United States where he was promoted to the rank of major. Gable left active duty in 1944 to transfer to the Reserves. Then-Capt. Ronald Reagan signed his discharge papers.

Gable returned to acting where his stardom quickly followed. He passed away Nov. 16, 1960 after filming his final film, The Misfits.

You can find more information about Gable’s military missions at the American Air Museum in Britain at http://www.americanairmuseum.com/person/32919.