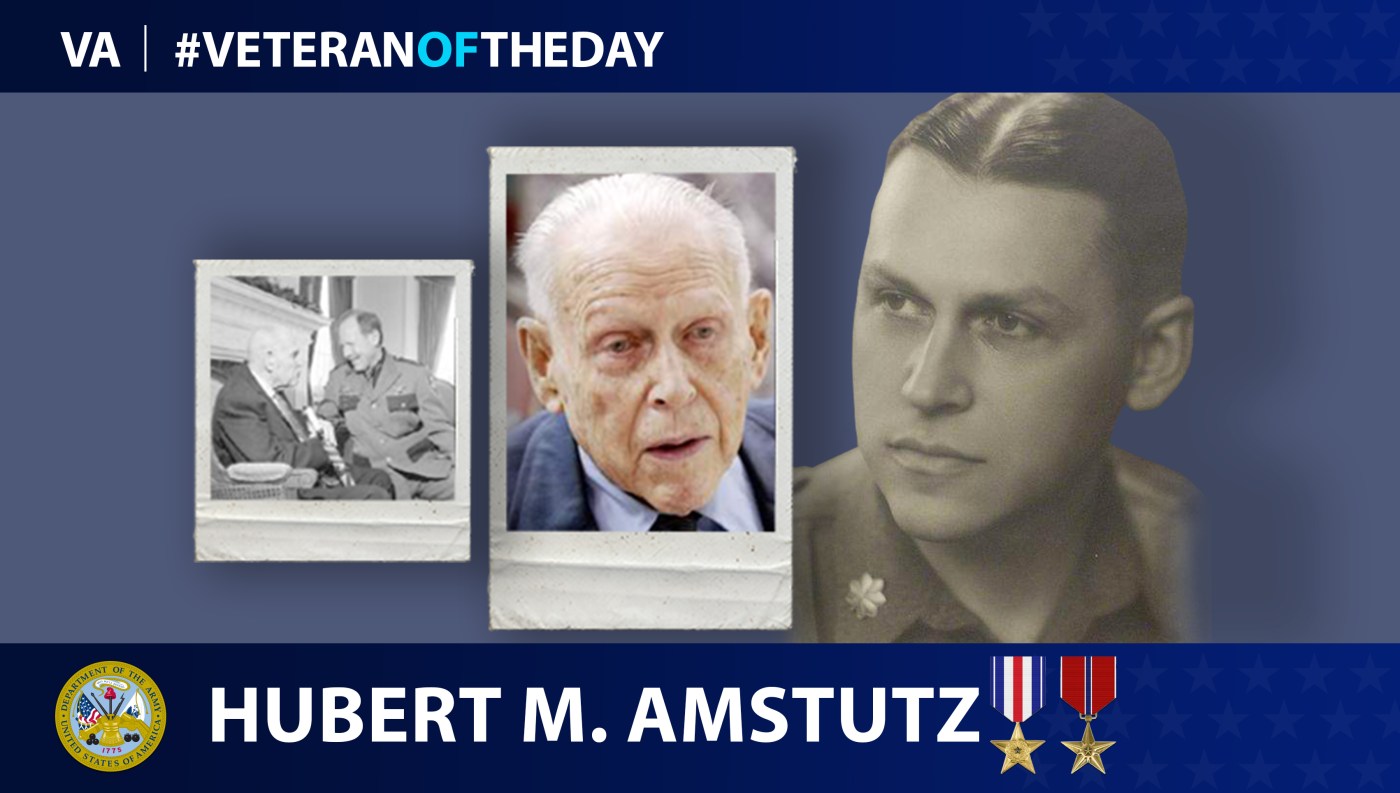 Today’s #VeteranOfTheDay is Army Veteran Hubert Menno Amstutz, who served as a surgeon in France, Belgium and Germany during World War II.

Hubert Amstutz came from a military family. His grandfather enlisted twice in the Army and served under both Generals Ulysses S. Grant and William T. Sherman in the Civil War.

Amstutz studied medicine at the Ohio State University medical school and graduated in 1934. He moved to Lancaster with his wife and son to set up a general practice in 1935. Amstutz volunteered to serve in the military in 1942, wanting to help injured soldiers in battle. He went to Fort Benjamin Harrison, Indianapolis, for basic training, working in field hospital simulations. He also studied at the University of Pennsylvania in Philadelphia for six weeks to learn maxillofacial, or facial reconstructive surgery.

Amstutz entered the war at Utah Beach in Normandy, France, June 17, 1944, following the D-Day landings. The pivotal battle raged for 11 days before he arrived by ship with approximately 35 doctors and nurses to establish a much-needed hospital facility near the beach. Amstutz joined the 97th Evacuation Hospital in Cherbourg, France and went on to serve as chief of the eye, ear, nose, throat and plastic maxillofacial surgery departments at army hospitals in France, Belgium, and Germany. He operated on more than four hundred patients and did not lose a single one. Amstutz received a Silver Star and five Bronze Stars for his service during the war.

After being discharged as a lieutenant colonel in 1946, Amstutz returned to Ohio and opened a private practice in Lancaster, where he worked until his retirement in 1986. Throughout his career, he estimated he treated over 100,000 patients. He served on the Board of Governors of the Lancaster-Fairfield County Hospital in Lancaster, Ohio, and was a member of the Kiwanis Club, the Lancaster Rotary Club, and the Soap Box Derby. Amstutz also was an active member of the Masonic Temple and attended services at the First United Methodist Church. Additionally, Amstutz was a professor of anatomy at Ohio State.

As the oldest veteran in Ohio, Amstutz had the honor of ringing the bell at the 2003 Ohio Bicentennial and also was inducted into the 2004 Ohio Veterans Hall of Fame. He also received commendations from President George W. Bush and Ohio Governor Ted Strickland in 2008.

Amstutz passed away in December 2008 at the age of 107 in Lancaster, Ohio, holding the distinction of being Ohio’s oldest living WWII veteran.