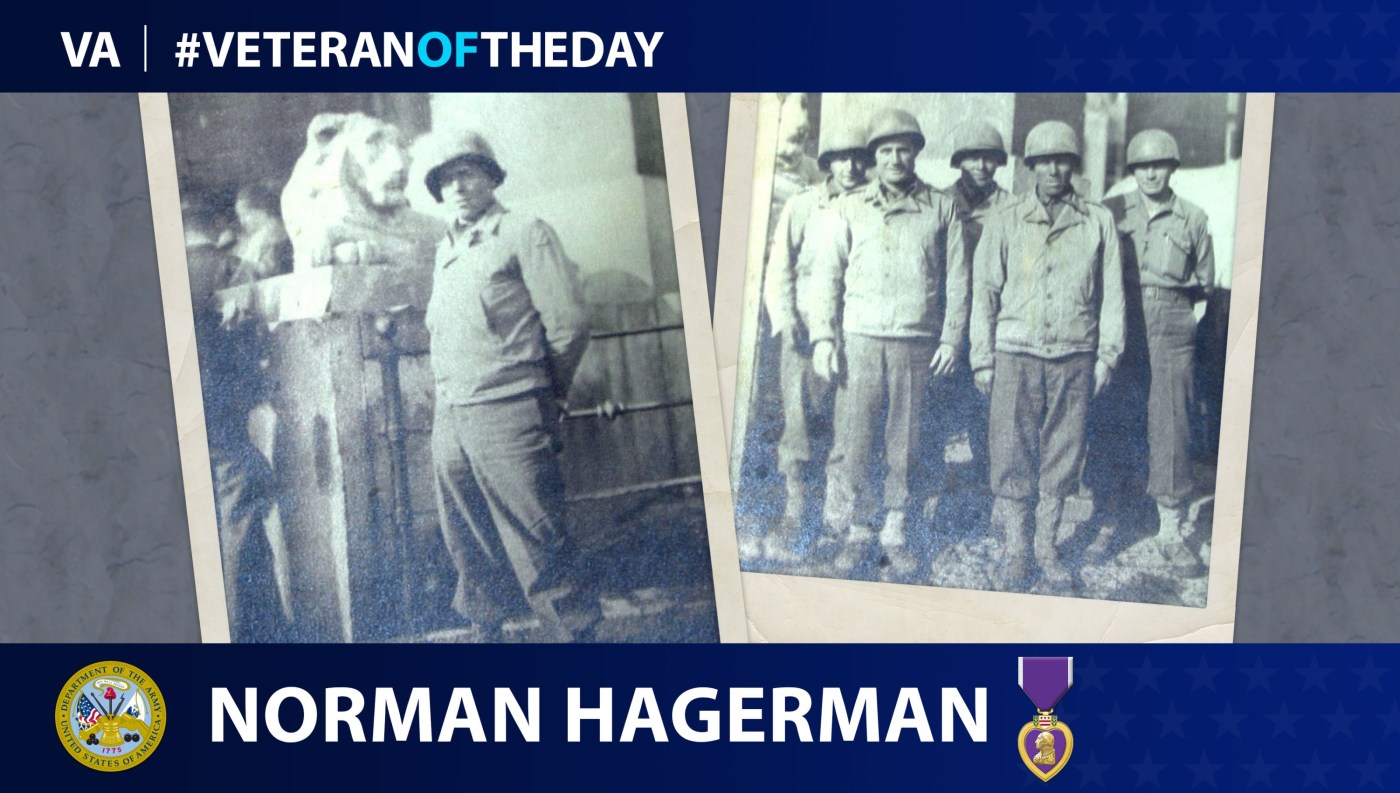 Today’s #VeteranOfTheDay is Army Veteran Norman Hagerman, who served at the Battle of Anzio in Italy during World War II.

Norman Hagerman was born in March 1923 in Chesapeake, Ohio. As a young adult, he joined the Army. Hagerman went to Camp Joseph T. Robinson in Little Rock, Arkansas, for his basic training. After basic training, he went on a seven-day furlough, and then shipped overseas. Hagerman departed New York City and landed 15 days later in North Africa.

While in North Africa, he served with the 3rd Division, Company I. Later, he took part in the invasion of Italy and the establishment of the beachhead at the Battle of Anzio. One of Hagerman’s duties was to act as the company runner and carry the radio.

At the Mussolini Canal, soldiers warned Hagerman about incoming shells. He and the other men had been told that “you heard a shell coming in that isn’t going to hit you. But if you can’t hear them, that is when it gets you.” While on guard duty one morning, Hagerman did not hear the incoming shell that hit his leg. Hagerman sustained powder burns from the shell. For this injury, he received the Purple Heart. The Army discharged Hagerman in 1945 at Fort Story, Virginia. He spent some time at Virginia Beach before he returned home.

After his discharge, Hagerman went to work for Huntington Publishing Company in the composing room. He also worked for the sports department of the Herald Dispatch. Hagerman enjoyed playing and watching sports.