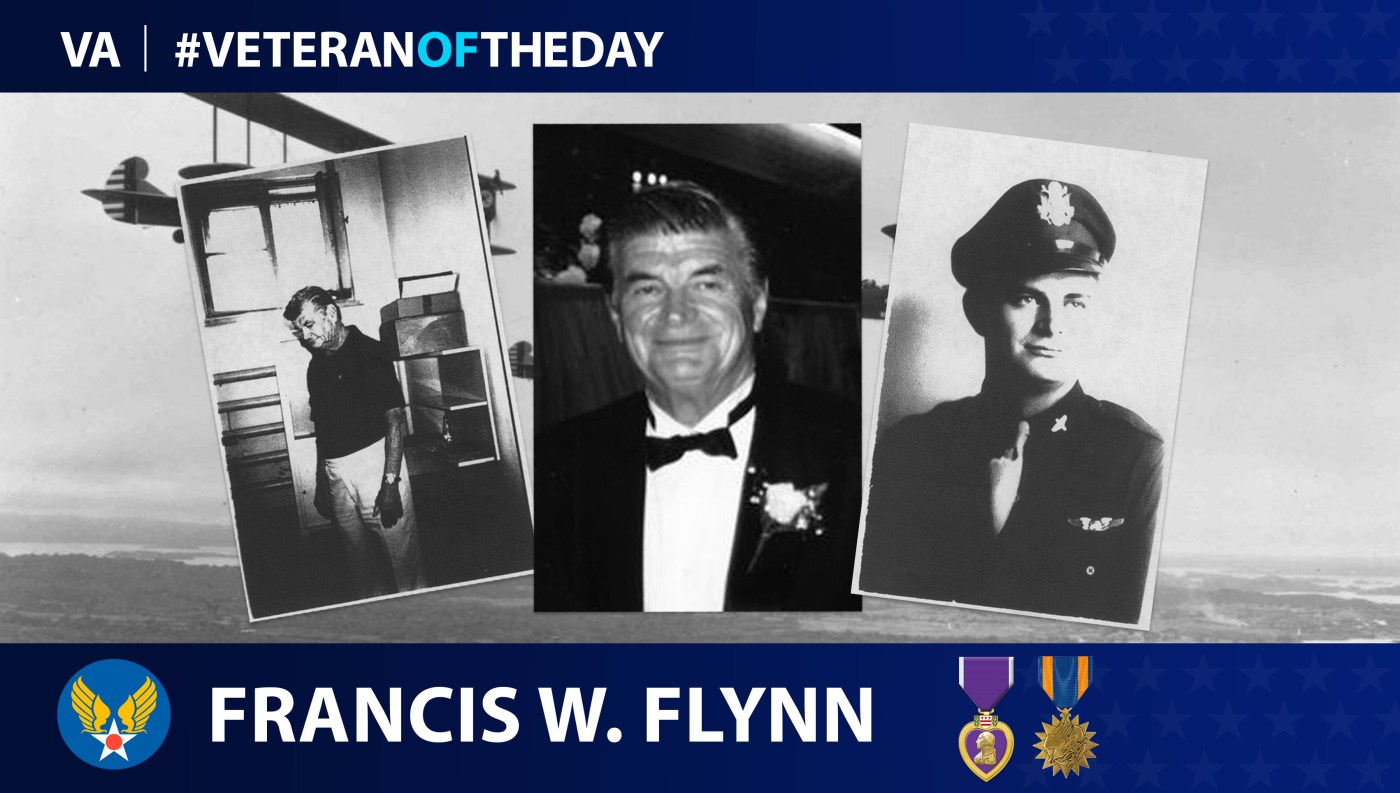 Today’s #VeteranOfTheDay is Army Air Force Veteran Francis W. Flynn, who served as a bomber pilot and was a POW during World War II.

In June 1942, Francis Flynn enlisted with the Army Air Force. After completing his training and qualifying as a pilot, Flynn served with the 20th Bomb Squadron, 2nd Bomb Group, 15th Air Force.

Flynn and his squadron then deployed to Europe and began their tour carrying out bombing runs over Northern Italy.

Following the surrender of Italy, Flynn and his squadron served in Czechoslovakia. On Aug. 29, 1944, Flynn and the 20th Bomb Squadron flew to bomb an oil refinery at Moravska Ostrava, Czechoslovakia. While en route, Luftwaffe fighters engaged the bombers. In the attack, German forces shot down nine American bombers, including Flynn’s aircraft.

Flynn managed to bail out and land safely, sustaining only moderate injuries to his back. German forces took him prisoner and sent him to a Czech hospital for an operation to treat his injured back.

After spending three months in the Czech hospital recovering from his injuries, the Germans sent Flynn to a prisoner of war camp. There, he passed the time by walking around the camp and talking with other inmates. Following the end of the war in Europe and repatriation, Flynn went to Fort Dix, where he discharged at the rank of first lieutenant. For his injuries, Flynn received a Purple Heart. For actions during his service, Flynn received an Air Medal.

After returning home, Flynn managed a restaurant before beginning his career with a steel corporation. He went on to visit where he had been shot down in what is now the Czech Republic and spoke on his experiences during the war.