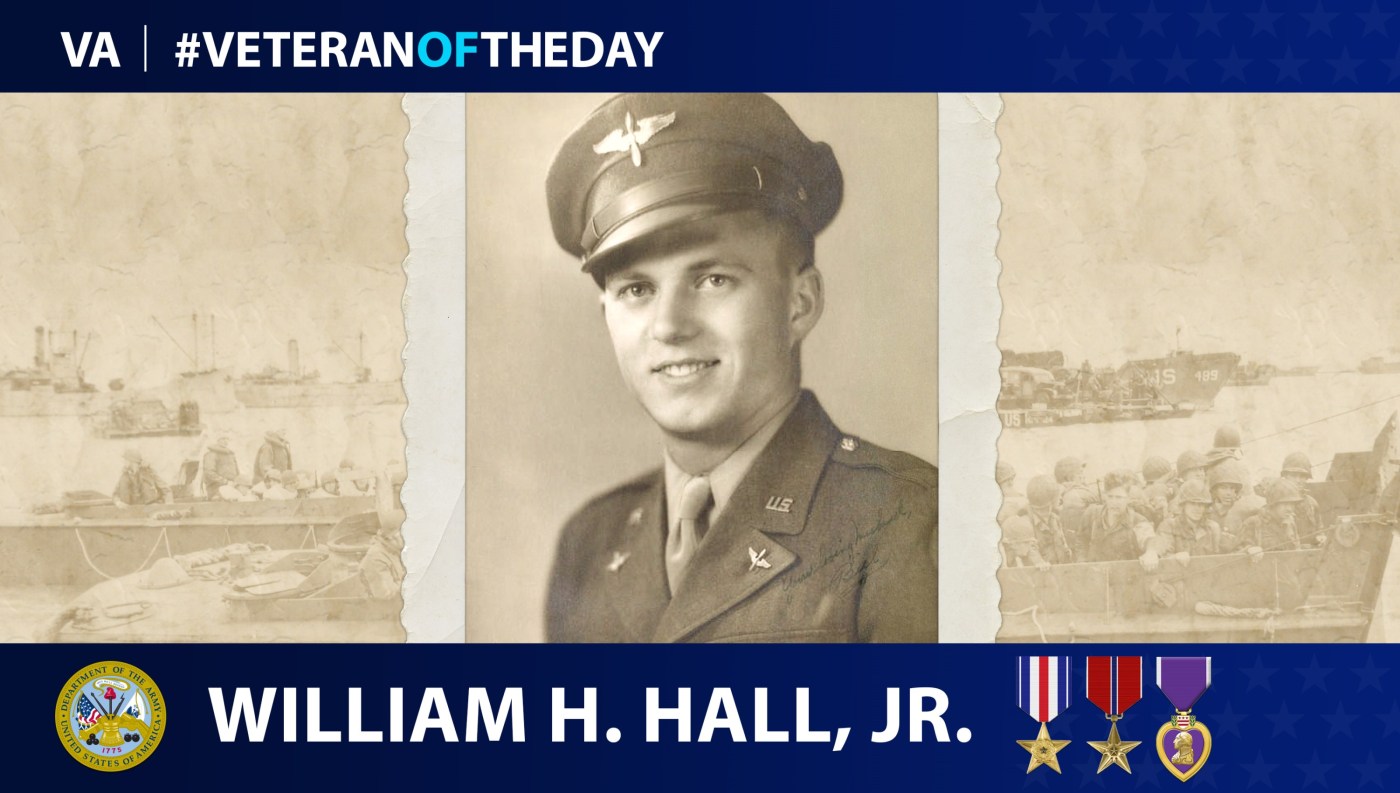 Today’s #VeteranOfTheDay is Army Veteran William H. Hall, Jr., who landed on Utah Beach during D-Day and later fought at the Battle of the Bulge.

After graduating from high school, William Hall enlisted in the Army. He completed basic training at Fort Lawton in Seattle, Washington, and then went to Alaska for guard duty. His job was to make sure no enemy submarines came into port. While in Alaska, the Army granted his request for flight training, so he went to Buckley Field in Colorado. Before completing training, orders came through that all infantry soldiers were to return to an infantry unit in preparation for D-Day.

Hall served with the 90th Infantry Division. He went to Liverpool, England, to prepare for D-Day. His unit boarded their transport boats and landed on Utah Beach the morning of D-Day. Their transport barge hit a sandbar, and the man driving it refused to go any further, so Hall waded through water up to his shoulders to get to shore.

After D-Day, his unit fought at the Battle of the Bulge. During this battle, Hall took out machine gun nests before getting injured and placed in a full body cast as a result. Hall received a Silver Star for his actions, and also received two Bronze Star Medals and four Purple Hearts.

He eventually traveled back to the United States to recover and medically discharged in 1946. After discharge, Hall worked for Dow Chemical for 41 years.