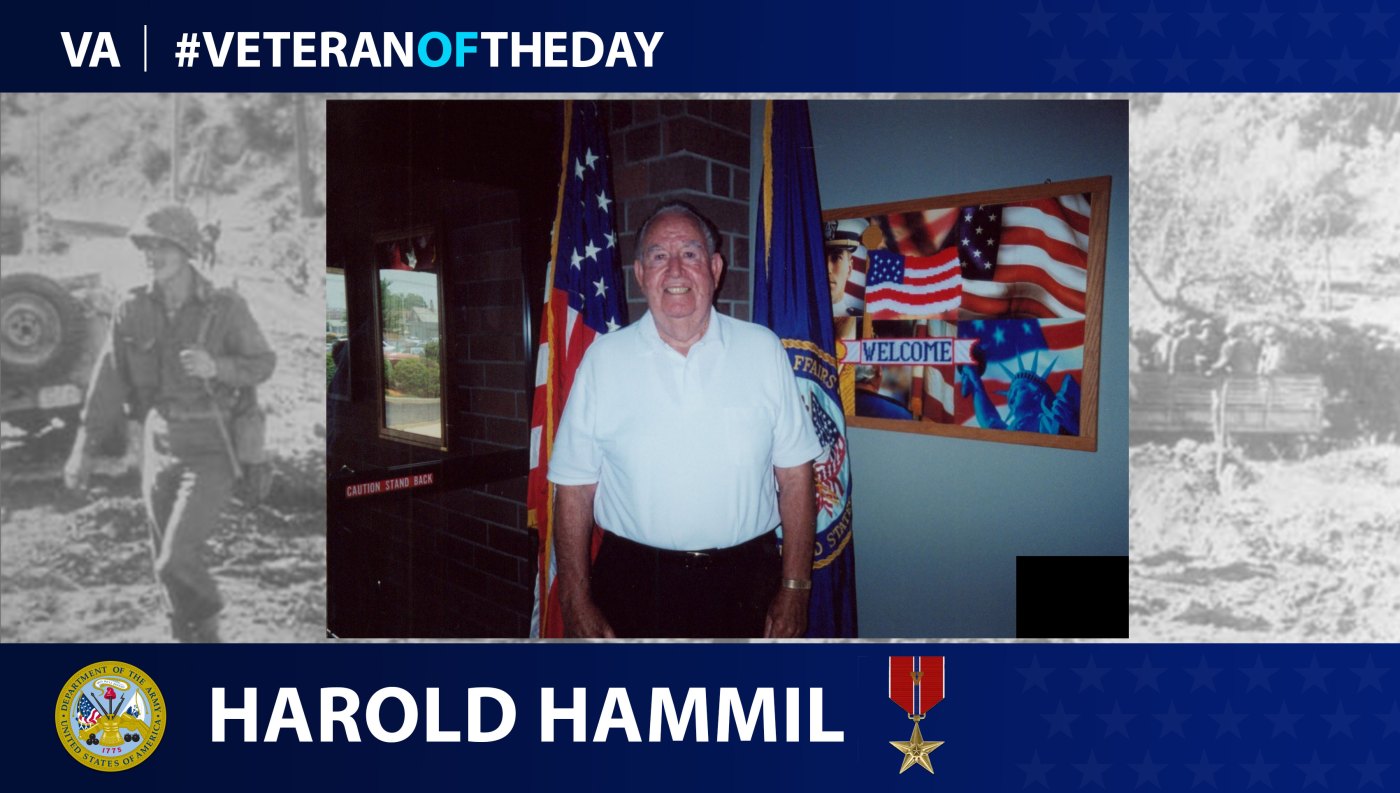 The Army drafted Harold Conan Hammil in 1943. He failed his physical exam three times because he had flat feet, no ear drums, and wore glasses. On his fourth exam the examiner believed he was healthy enough to serve in the Army, so he went to Chicago for induction.

Hammil completed basic training at Camp McCain in Mississippi and went overseas to North Africa. The trip to Africa took eight days. Hammil was seasick the whole time, losing eight pounds by the end of the journey.

When he arrived in North Africa, Harold served at Camp Canastel, where he waited for assignment to a unit that needed replacements. He served with the 135th Regiment of the 34th Division.

Hammil’s division was on clean-up detail, meaning that he would go in after a battle and remove dead bodies. After the initial troops invaded Anzio, Harold and his division went in to clean up.

During this time, he said Germans dropping leaflets encouraging the men to surrender themselves as prisoners so that they could escape the war. In June 1944, Hammil’s division helped liberate Rome, and as a result, he was invited to the Sistine Chapel by Pope Pius XII to hear the Pope speak. Hammil received a Bronze Star Medal for his service.

The Army discharged Hammil in December 1945. He then used his G.I. Bill to go to chiropractic school. Eventually, he opened his own practice, which he later sold after retiring in 1980. Hammil was a life-long member of the Veterans of Foreign Wars and the American Legion.