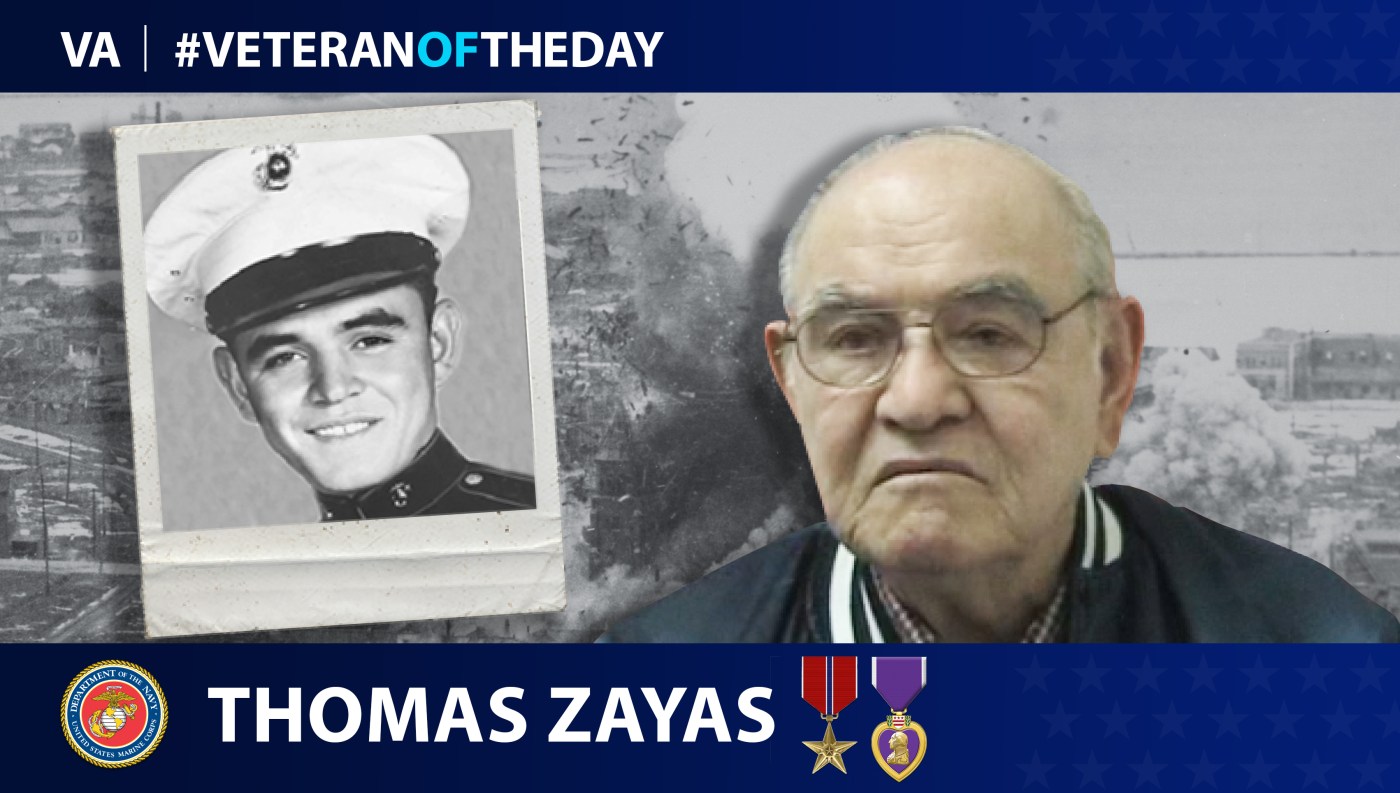 Thomas Zayas was born in Fresno, California in 1931. He grew in rural Clarksville, California, and enlisted in the Marine Corps in 1951. He then went to Marine Corps basic training in San Diego, California. After completing basic training, he went to Camp Pendleton, California, for Advanced Infantry Training. After, he shipped to Korea at 19 years old. He served with Fox Company, 1st Marines as a machine gunner.

Zayas served one year in Korea. During his time, his unit lead infantry assaults on the various hills containing Korean forces. In one of the assaults during the Battle of the Punchbowl, Zayas and his squad leader set up a machine gun and knocked out two enemy machine guns to allow his platoon to retreat from heavy enemy fire. For his service, he was awarded the Purple Heart and Bronze Star Medal. The Battle of the Punchbowl was dramatized in a Netflix series called The Medal of Honor.

The Marine Corps honorably discharged Zayas in 1960 as a staff sergeant. After his service in the Marine Corps, he lived in Sacramento, California. His nickname was “The Dancing Man” due to his love for dancing and involvement in the Sacramento dance community.