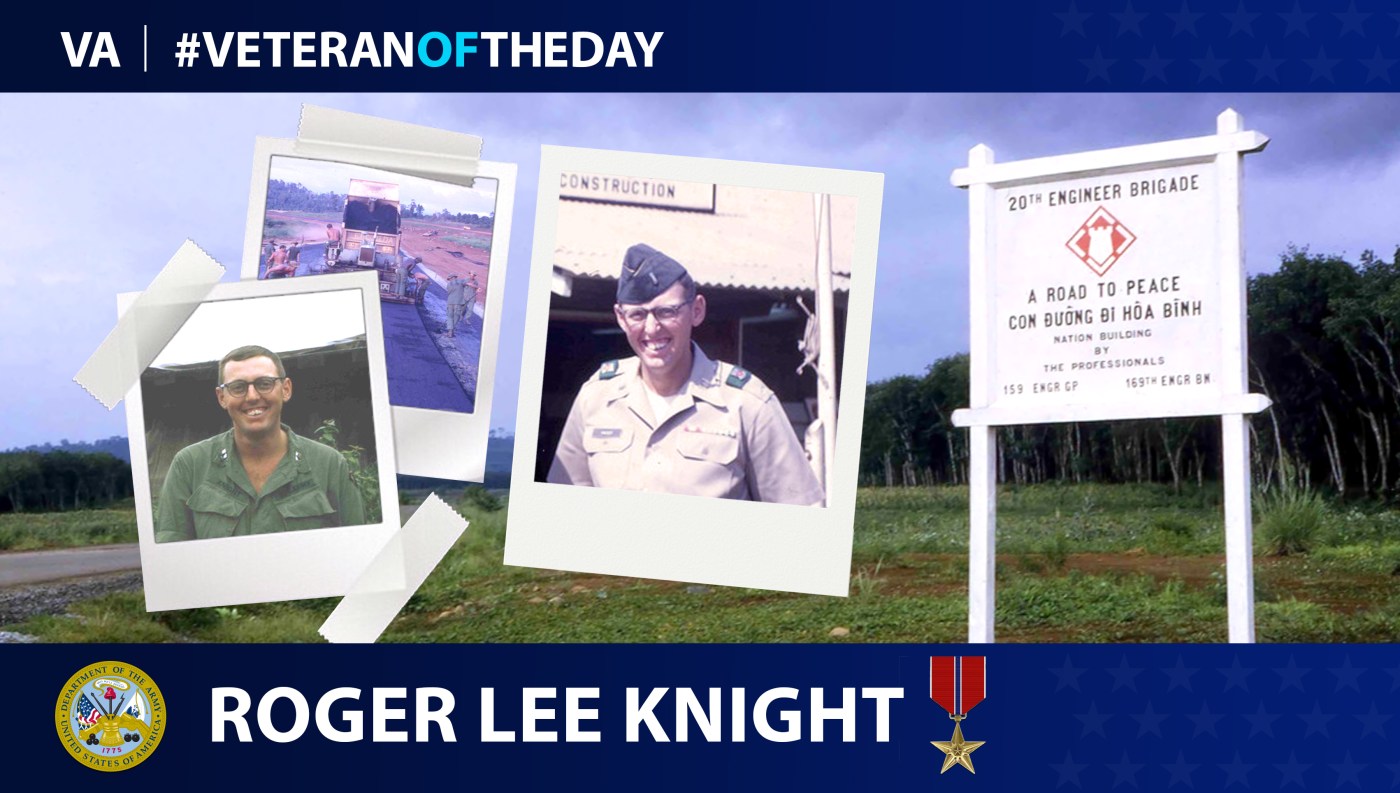 Today’s #VeteranOfTheDay is Army Veteran Roger Lee Knight, who kept a diary during his time as a combat engineer during the Vietnam War.

Following in his father’s footsteps, Roger Lee Knight commissioned as a second lieutenant in the Army Corps of Engineers. He entered active duty July 9 and served at Fort Belvoir, Virginia. On March 10, 1969, Knight received a letter from the Engineer Branch informing him that he was going to Vietnam.

After visiting his family as well as his fiancée’s family, Knight recalled his last day.

“On June 27, 1969, my folks took me to Boise, Idaho, where my mother cried. I shook my brother’s hand, and hugged my Dad as he said to me, ‘Go with God.’ For myself, this was the start of an adventure. The only bad part was that my parents, brother and fiancée would be upset and worried about me for the next year.”

With optimism and excitement, Knight boarded a plane at Travis Air Force Base and left for Vietnam. He recalled his first night as an unforgettable one where he spent the night listening to the sounds of incoming and outgoing artillery, also named “Incoming and Outgoing Mail,” UH-1B helicopters, as well as machine gun fire. This left him feeling “quite uneasy” as he was unarmed.

On July 3, Knight received his first assignment as an operations officer of a 154-man company. Some of his company’s projects were building fortifications on the Long Binh perimeter, water towers for the 101st Airborne, helicopter pads, and an underground command center. His additional duties included fire marshall, communications, mail, supply, mess, civil affairs, unit historian, claims, destruction, ammunition and vector control. Knight fondly remembered asking himself the question, “What is vector control?” Two days later, Knight promoted to first lieutenant and celebrated by buying everyone 25-cent drinks at the Officer’s Club.

Knight also recalled the two worlds of Vietnam when he wrote about his experience in the countryside. He saw a water buffalo working in one field and across the road a tractor. Knight wrote on July 11 about an Air Force B-52 strike north of the base. “The 500-pound bombs detonated 20 feet into the ground causing a minor earthquake,” he wrote. Just five days later, on July 16, the first sergeant died of a heart attack. Knight spent the day packing up his personal effects for shipment back to the U.S.

Knight’s contribution to the war effort included building bridges, schools, roads and buildings as well as acting as a leader for the men who would follow him. Knight’s received a Bronze Star Medal on April 23, 1970. Knight wrote his memoir in hopes that it “will inspire former members of the 169th Engineer Battalion to write of their experiences.”

A detailed account along with hundreds of photos of Knight ‘s experience and memoir is on the Veteran’s History Project website at http://memory.loc.gov/diglib/vhp/story/loc.natlib.afc2001001.84060/.