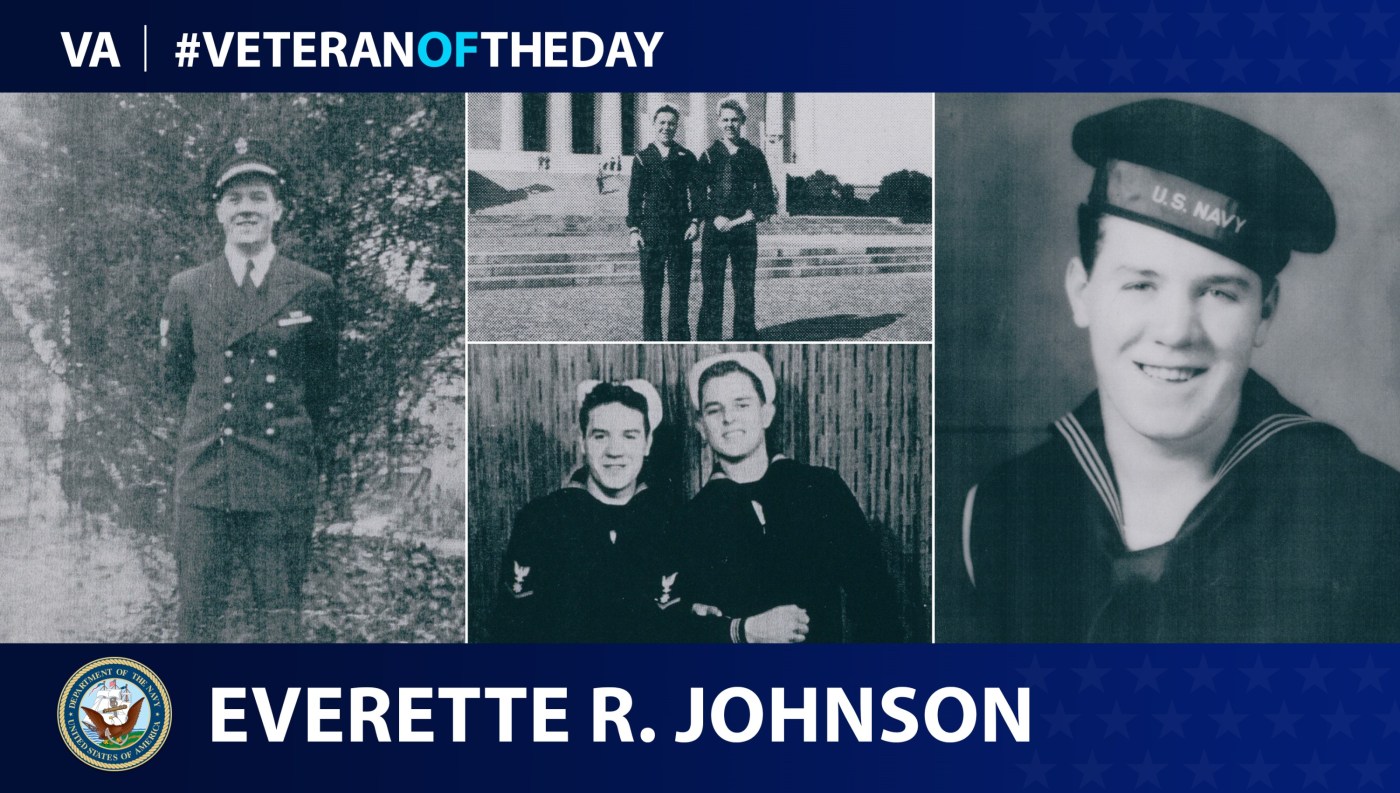 Today’s #VeteranOfTheDay is Navy Veteran Everette R. Johnson, who served aboard supply ships in the Atlantic and Pacific during World War II.

In 1940, Everette Johnson joined the Naval Reserves while still in high school. He decided to join after his friend’s brother joined. Johnson convinced his father to let him join when he was 17.

He went to a two-week training cruise that took place in the Great Lakes. In May 1941, Johnson’s unit activated as he prepared for graduation. He served on a ship that used to transport goods but had been refitted for wartime service. At first, the ship sailed up and down the east coast, supplying different ships and bases.

On Dec. 7, 1941, Johnson heard of the attack on Pearl Harbor. Johnson and his comrades thought it was just a rumor until they heard some officers talking about it. When the U.S. declared war, Johnson sailed to pick up military families stationed on islands in the Atlantic.

Johnson also took several trips to Iceland to a supply base there. On one trip, the ship ran into a bad storm where it got very cold. The ship stopped at Halifax and joined a convey. After leaving Halifax, German submarines targeted the ships, hitting a few of them.

Johnson’s ship later went to Australia, where it was responsible for supplying the troops in the Pacific. He stayed there for the next three years until his tooth became abscessed, forcing him to visit a medical clinic. Johnson went home on leave for 30 days after treatment for his abscess. When he returned, he was assigned to an attack transport where he helped transported troops for the invasion of Okinawa. When the atomic bombs were dropped, Johnson immediately received another leave and was eventually discharged.