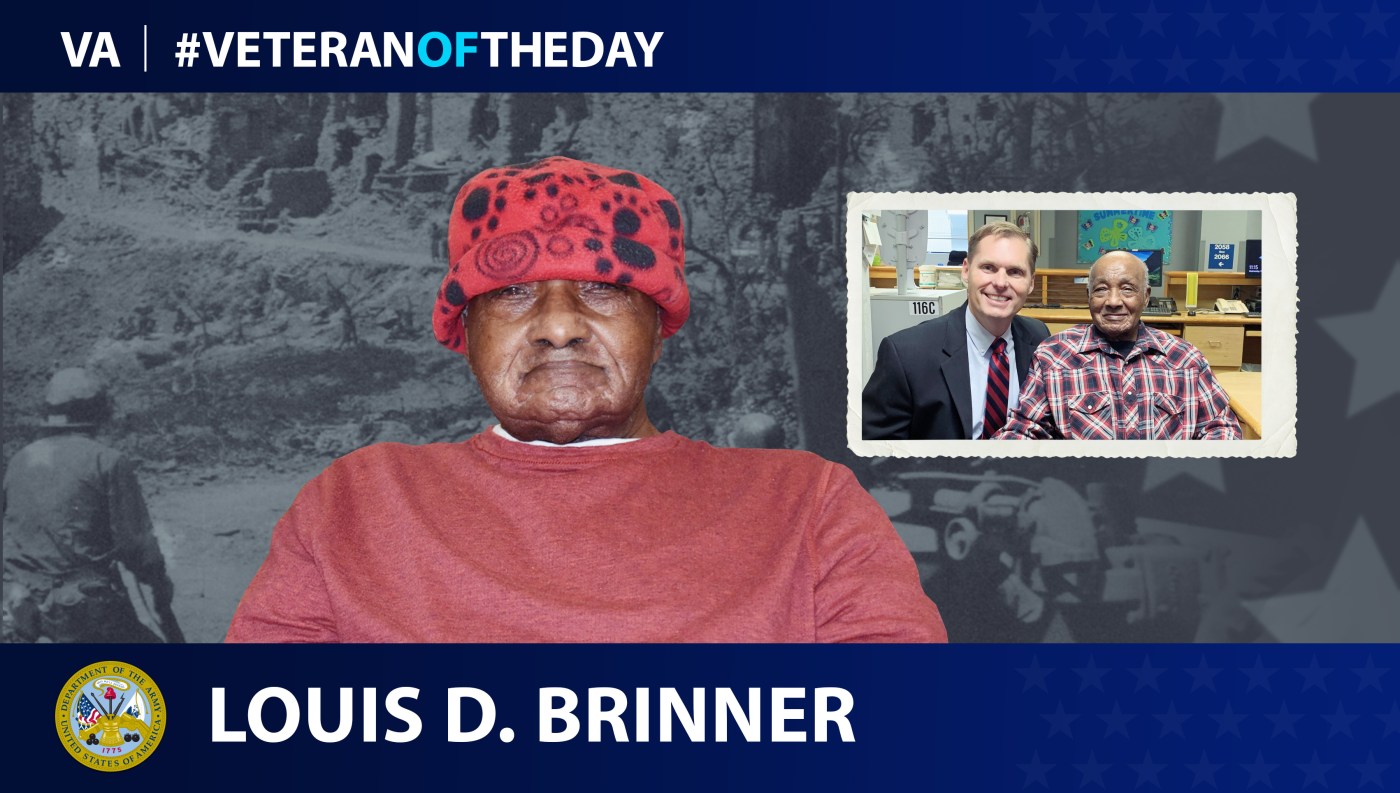 Today’s #VeteranOfTheDay is Army Veteran Louis D. Brinner, who served as a rifleman in Europe during WWII and turns 100 Nov. 22.

Louis D. Brinner enlisted in the Army at Camp Shelby, Mississippi, when he was 21 years old. He served with the 645th Military Police Company during World War II as a rifleman, fighting in battles such as the Rome-Arno Campaign. Brinner received an American Defense Service Medal, a European-African-Middle Eastern Campaign Medal, and a Good Conduct Medal for his years of service. The Army discharged him Oct. 16, 1945, after more than four years of honorable service to the U.S.

Brinner is celebrating his 100th birthday Nov. 22, and only asked for one thing: a bottle of Coke! He will spend his birthday at the Community Living Center at the Veteran Affairs Medical Center in Jackson, Mississippi. Expected guests at his birthday celebration are his brother, sister, a nephew and 12 other family members. Brinner is also enjoying two Army-themed birthday cakes, donated by the medical center’s social work service department.

Thank you for your service, and happy birthday!