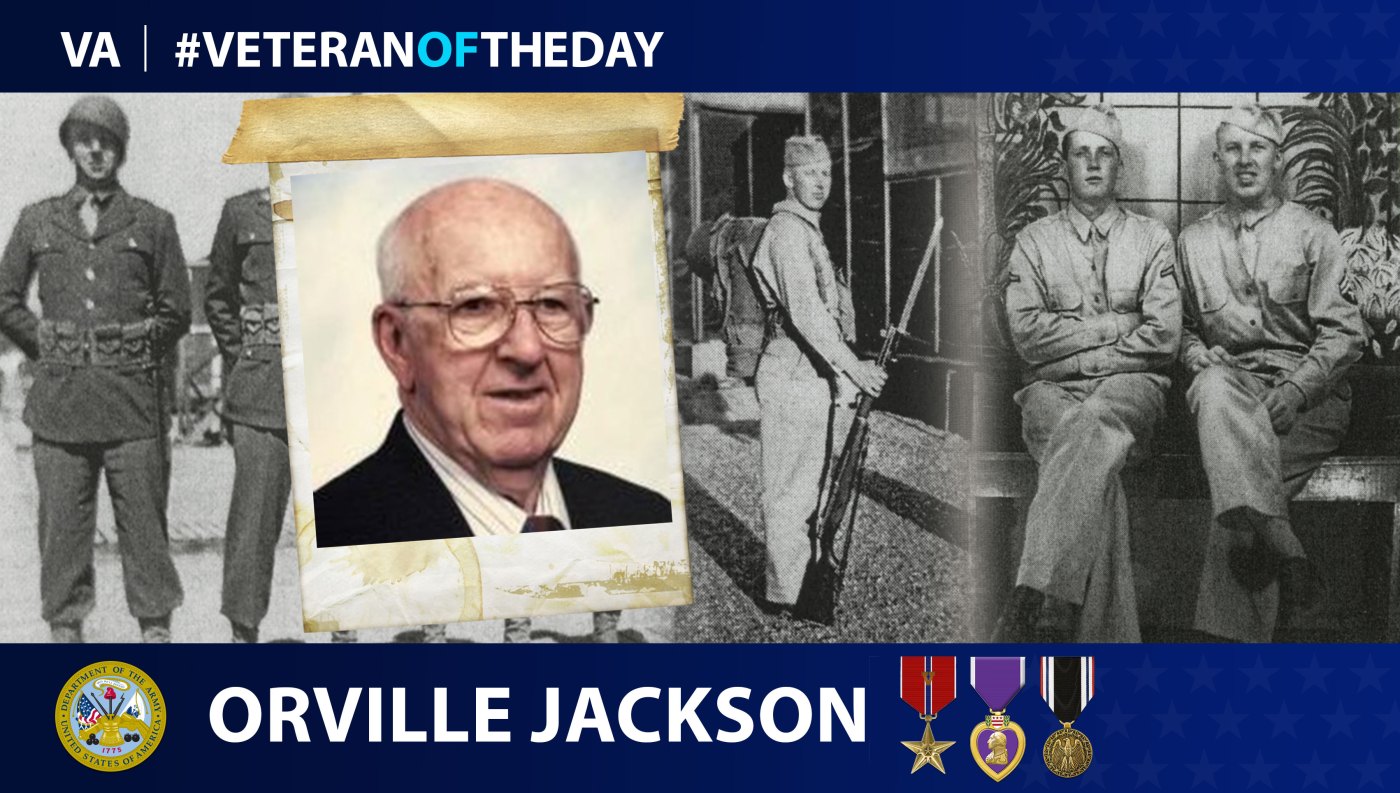 Today’s #VeteranOfTheDay is Army Veteran Orville Joseph Jackson, captured and held as a prisoner of war during World War II.

Orville Joseph Jackson was a farmhand with his family in Iowa when the Army drafted him in October 1942. He entered service at Camp Dodge then later moved to Louisiana for additional training. Jackson became the armorer-artificer for his company in the 103rd Division, 409th Infantry. Afterward, Jackson went to Camp Howze for about a year before he shipped out to Europe.

In October 1944, Jackson fought in the Vosges Mountains. In December 1944, German tanks surrounded and fired upon the house Jackson and some other soldiers were in. Wounded in this engagement, the Germans captured him as a prisoner of war.

Processed in France and soon returning to the United States, Jackson received a 71-day furlough to recover in Arkansas.  During this furlough, Jackson received an honorable medical discharge in October 1945 at the rank of sergeant.

After returning home, Jackson went to barber college in Cedar Rapids. He would own a barber shop in Bellevue for over 20 years. He became a security guard at Savannah Army Depot and started a family. Jackson also kept in touch with the Veteran community, including friends from when he served. He often traveled to reunions. Jackson also participated in a 2010 Honor Flight.

Additional material can be found about his story at the Veteran’s History Project at: https://memory.loc.gov/diglib/vhp/story/loc.natlib.afc2001001.02989/