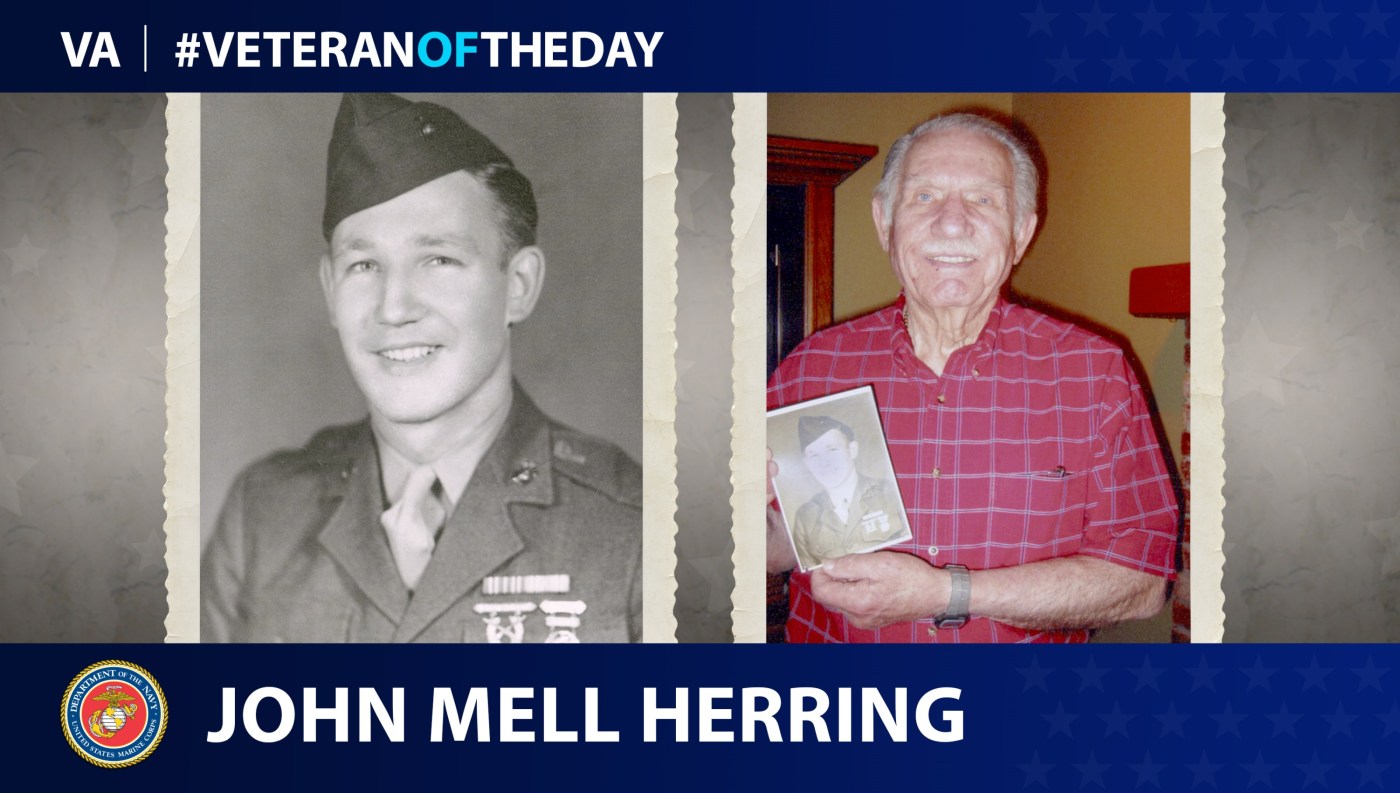 Today’s #VeteranOfTheDay is Marine Corps Veteran John Mell Herring, who served in the during World War II and fought at the Battle of Attu May 11, 1943.

Originally from Breckenridge, Texas, John Mell Herring joined the Navy V12 program, which trained future commissioned officers for the Navy. He then went to Quantico, Virginia, for officer training before attending Reserve officers’ training. Herring became distinguished for his marksmanship skills, being one of two Marines able to shoot at an expert level.

Herring went to Bremerton, Washington, in December 1942 and served as a guard at the Marine Barracks until April 1943. Then he went to Dutch Harbor, Alaska, to join the crew of the USS Charleston. In May, Herring fought in the Battle of Attu. This battle was part of the Aleutian Islands Campaign, and the only battle fought on incorporated U.S. territory. During the battle, the USS Charleston supported Army troops onshore with its Marines and bombarded Japanese-occupied Chicagof Harbor.

Herring was in Hawaii when the war ended in August 1945. After sailing to Japan to muster with Japanese soldiers at Sasebo Naval Base, he returned to the U.S. and went to Fort Worth, Texas. The Marine Corps honorably discharged him as a lieutenant in 1946.

After leaving the Marine Corps, Herring attended the University of Oklahoma in Norman, Oklahoma, Texas A&M University in College Station and Southern Methodist University in Dallas. He stayed in the Marine Reserves for three years. In 1948, Herring went to work for Phillips Petroleum Company and worked for the company’s branches in Oklahoma, China and England until his retirement in 1985.

Herring was an active member of the Church of Jesus Christ of Latter-Day Saints in Fayetteville, Arkansas, serving in different church positions. He also became active in the American Legion and attended USS Charleston ship reunions with his former shipmates. In his retirement, Herring played tennis in the Senior Olympics.