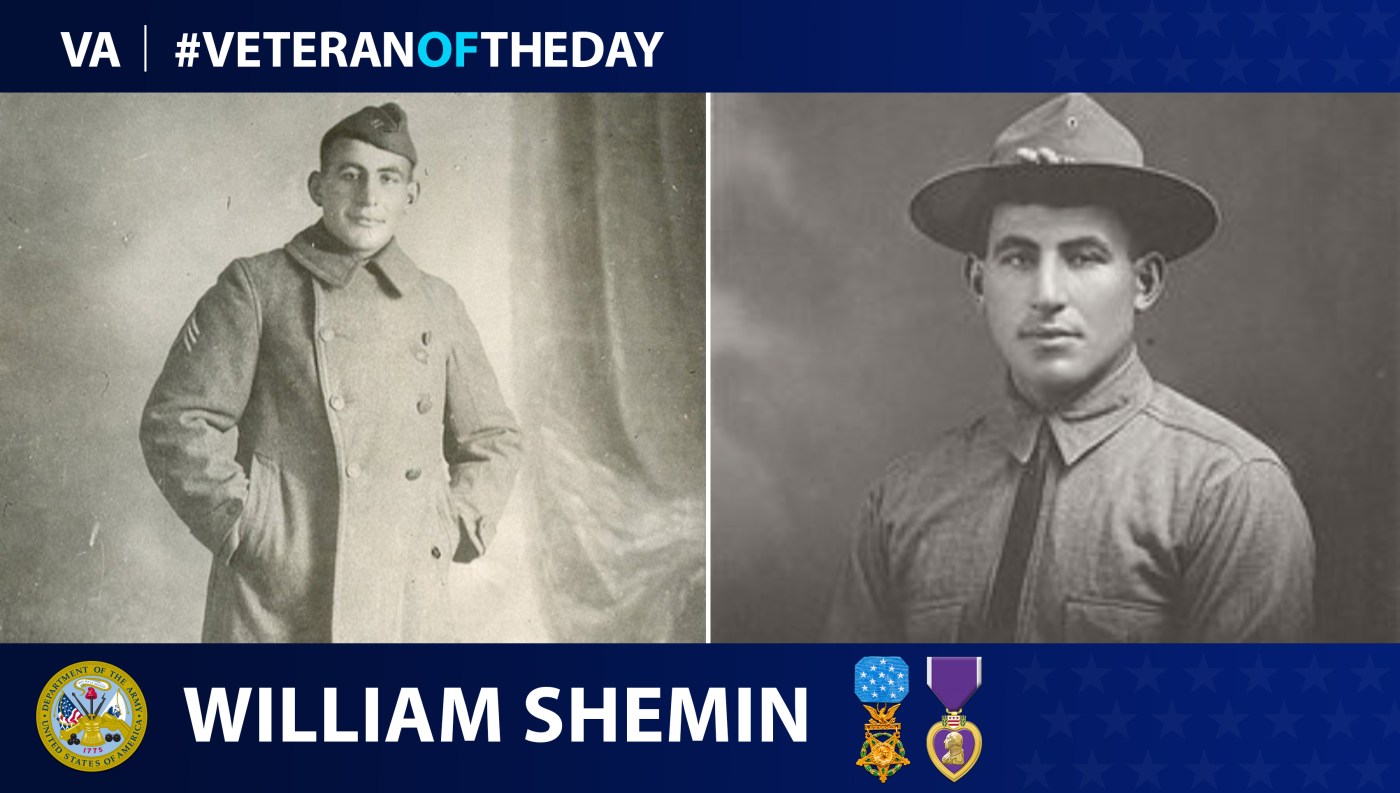 Today’s #VeteranOfTheDay is Army Veteran William Shemin, who received a Medal of Honor fighting in the Aisne-Marne Offensive during World War I.

William Shemin was born in 1896 in Bayonne, New Jersey. As a teenager, Shemin played semi-pro baseball and graduated from the New York State Ranger School in 1914. Shemin worked as a forester in his hometown until he enlisted in the Army in 1917.

He went to Camp Greene, North Carolina, for basic training, and after graduation, he served with Company G, 47th Infantry Regiment, 4th Infantry Division, American Expeditionary Forces, as a rifleman in France.

During the Aisne-Marne Offensive on the Vesle River in France, Shemin left the cover of his platoon’s trench, exposing himself to heavy fire to rescue injured Soldiers. Shemin took command of his platoon the senior officers and non-commissioned officers in his platoon died. He took shrapnel and a bullet that pierced his helmet and lodged behind his left ear. Shemin spent three months in a hospital and transferred to light duty in Germany and Belgium until his enlistment finished. He later received a Medal of Honor and Purple Heart.

In August 1919, the Army discharged Shemin.

He later graduated from the New York State College of Forestry at Syracuse University and started a greenhouse and landscaping business in New York.