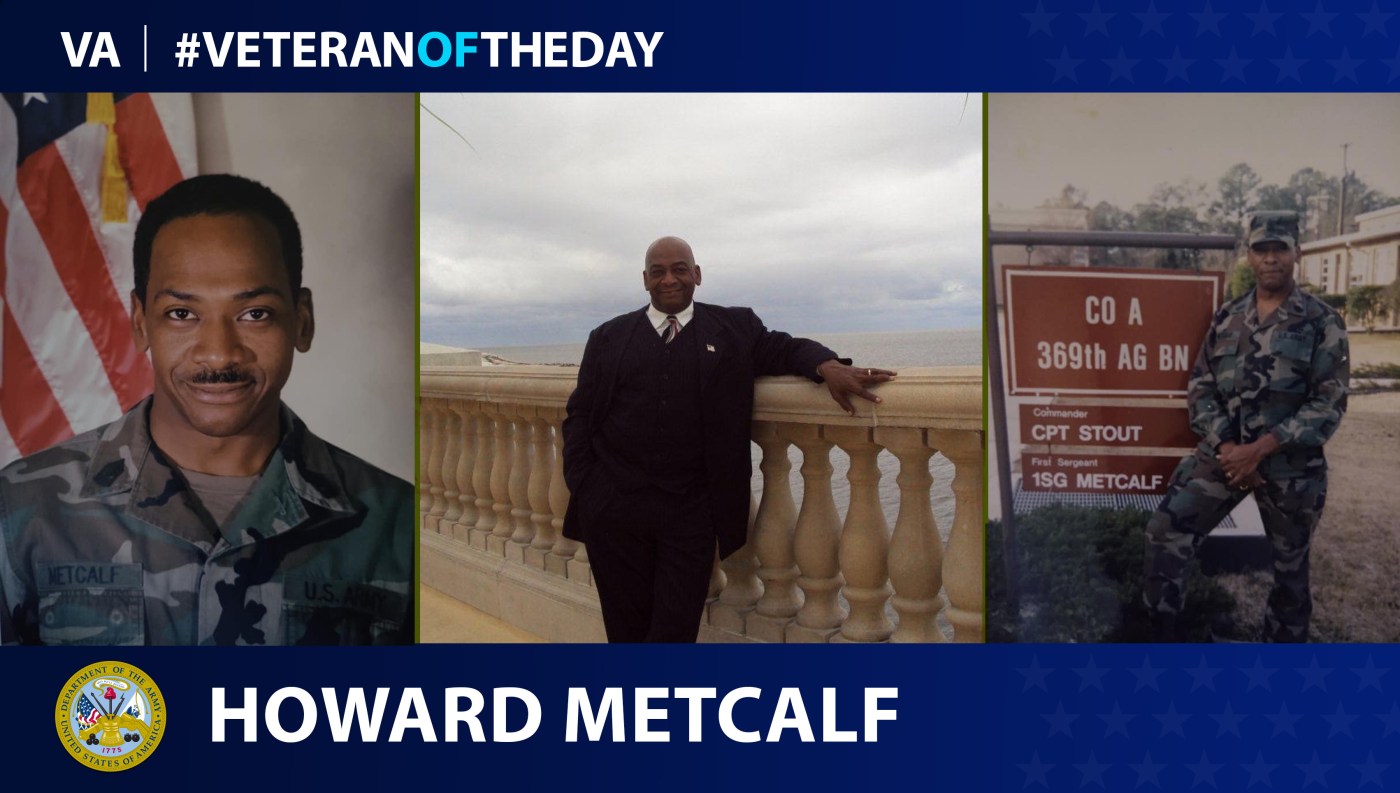 Today’s #VeteranOfTheDay is Army Veteran Howard Metcalf, who served as an infantryman in Vietnam and retired as a sergeant major.

Howard Metcalf joined the Army in July 1969 as an 11B infantryman. He deployed six months later, serving in Vietnam from January 1970 to February 1971.

After his war service, he returned to civilian life and then re-joined the Army in 1977 as a paralegal specialist. He remained in uniform to rise to the rank of sergeant major, serving in his final assignment as regimental sergeant major for the Judge Advocate General Corps. During his Army career Metcalf served three tours in Korea as well one in Germany. At nearly every stop he was active in helping to improve race relations and ensuring women and minorities received opportunities for career progression.

After retiring from the Army in 2002, Metcalf earned his bachelor of arts and masters degrees. He continued his life of service by joining the South Carolina Division of Veterans Affairs. There he became the acting director and later director of that office, responsible for more than 400,000 Veterans and family members in that state. He continued to work closely with minority Veterans Service Organizations and in helping black youth in his church, where he served as an elder.