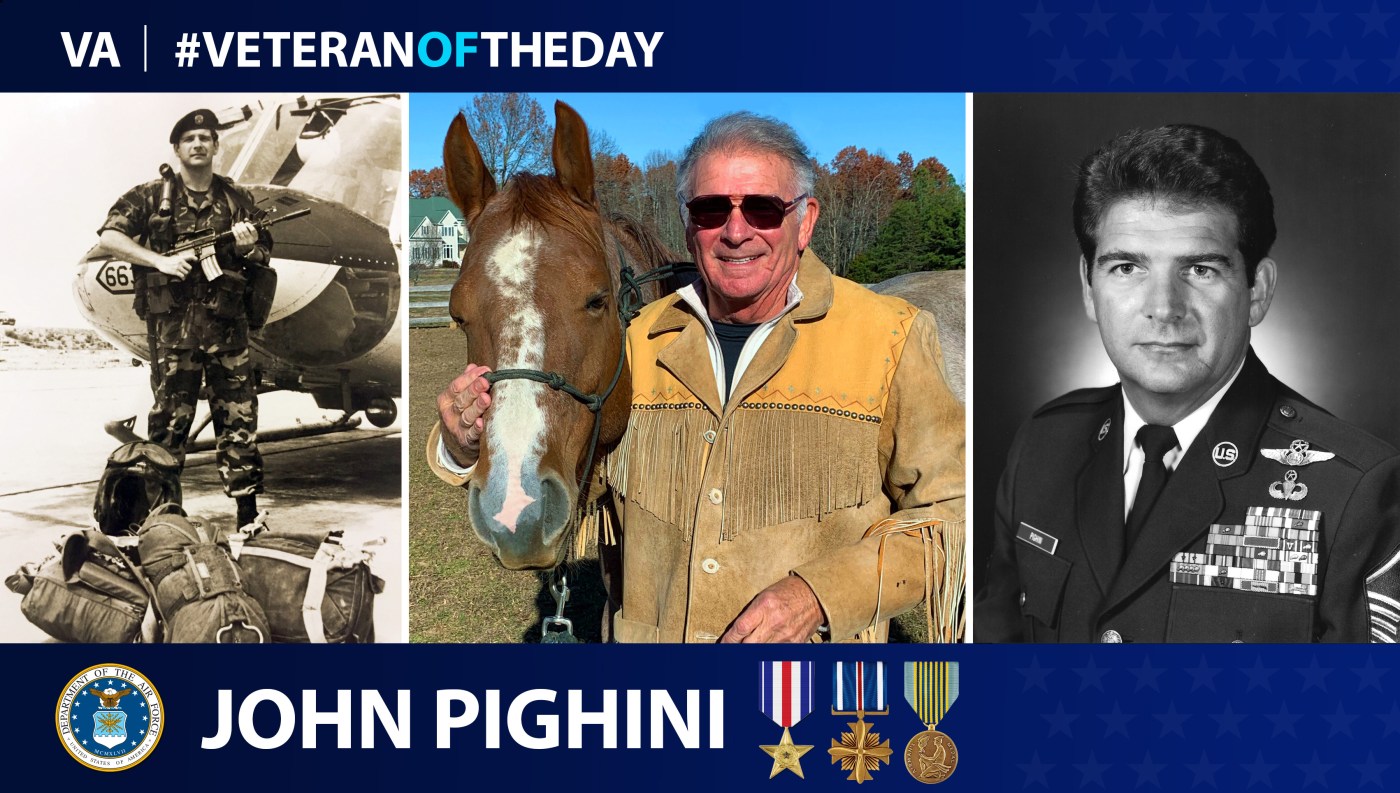 John Pighini left his home in Philadelphia in 1962 to join the Air Force as a mail clerk. After watching two pararescue Airmen in black hats walk down the street at Orlando Air Force Base, Florida, he decided to try out for the demanding career field in 1965.

After graduating the pararescue training course in November 1966, he soon deployed to Vietnam.

Pighini’s expertise in Southeast Asia that led to his a technical adviser role in movies stems from his first deployment during Vietnam. Then an airman second class, Pighini earned a Silver Star for a mission July 2-3, 1967, near the Ho Chi Minh trail.

On the first attempt July 2 to rescue a downed pilot, Pighini and the helicopter crew served as the low bird on a two-flight mission, responsible for rescuing the pilot. The high bird provided air cover for the mission. The North Vietnamese deployed fighters and fired 57mm, 37mm and surface-to-air missiles, forcing the crew to turn back that night. Despite the enemy knowing the downed pilot’s location, the team returned July 3. The high bird developed problems and returned to base. With no air cover, the crew faced the same fighters and firepower as the day before. Despite the risk, Pighini provided cover fire and hovered over the downed pilot’s position until he safely recovered him.

Pighini later received a Distinguished Flying Cross during Vietnam for his role in rescuing two pilots during heavy fire.

He also received an Airman’s Medal for heroism involving voluntary risk of life July 12, 1979, at Zaragoza, Spain. Pighini disregarded his own safety in a lifesaving rescue mission during a fire at the Hotel Corona de Argon. Even though injured, he made numerous attempts to rescue people from the burning building.

Pighini retired Nov. 1, 1983, but came back onto active duty in January 1984 to serve as the first pararescue superintendent for the 24th Special Tactics Squadron. He established the search and rescue mission and pararescue roles to support Joint Special Operations Command operations.

Pighini retired from the Air Force again in 1987 as a senior master sergeant and later served as a medical executive. He now serves as vice president of the Pararescue Association and runs a horse farm with his wife, Sue.