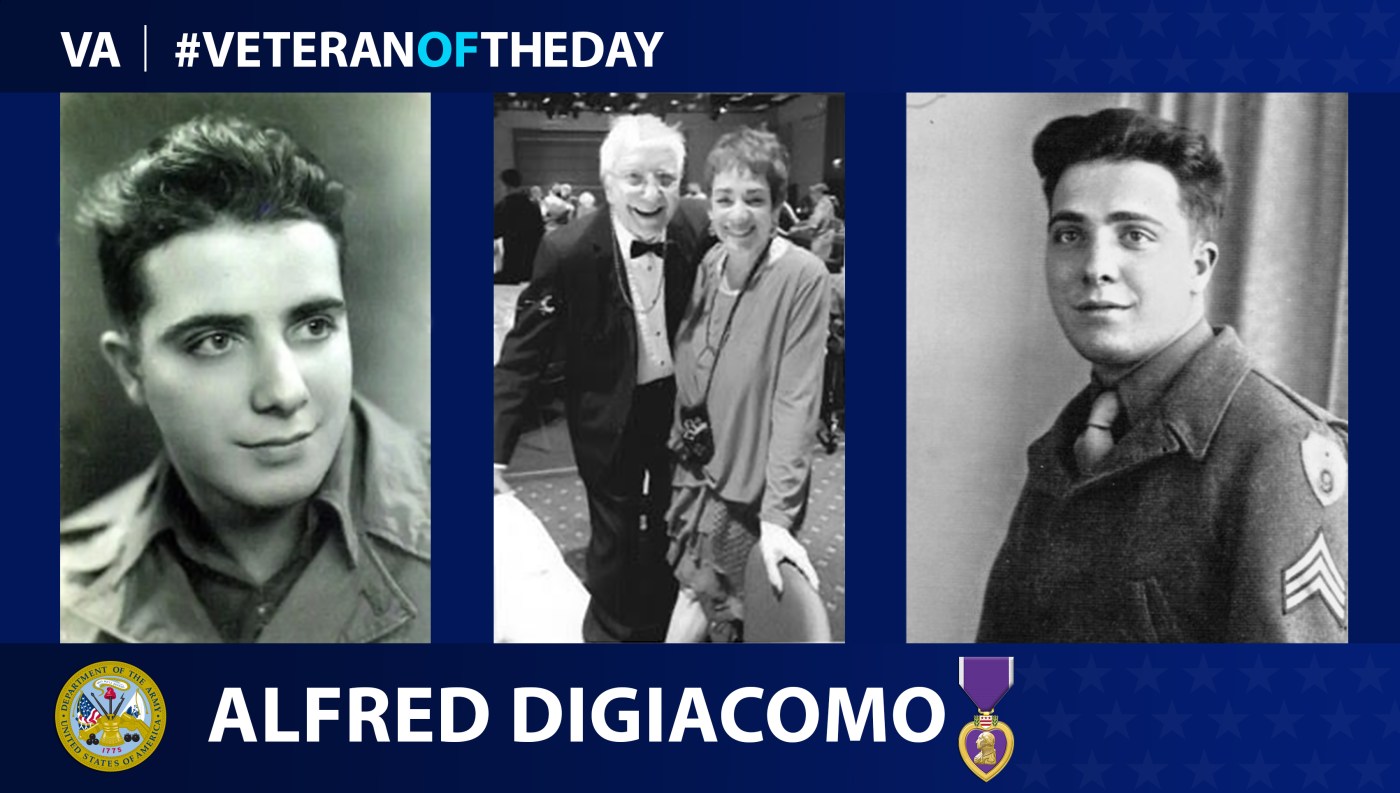 Today’s #VeteranOfTheDay is Army Veteran Alfred DiGiacomo, who served during World War II in the Signal Corps and became a licensed architect.

Alfred DiGiacomo was born in November 1922 in Huntington Station, New York. He enlisted in the Army in November 1942 at age 19 and joined the Signal Corps. During this time, he served as a telephone operator and received training at Fort Monmouth, New Jersey.

After completing training in March 1943, DiGiacomo joined the 568th Signal Aircraft Warning Battalion at Camp Weatherford, Florida. By day, he operated the camp switchboard. As more units moved into the camp, however, DiGiacomo operated the switchboard 24 hours a day and later became chief operator. He then received a promotion from private to private first class.

Later, DiGiacomo went to the Army base at Goldsboro, North Carolina, for overseas training. On Oct. 8, 1943, DiGiacomo, then in New York City, loaded onto the passenger ship HMS Queen Mary headed to England. There, he joined A Company of the 926th Signal Battalion Tactical Air Command, which provided communication for the 9th Tactical Air Command and its fighter planes supporting the infantry. DiGiacomo operated a switchboard during his shifts.

During the invasion of France June 8, 1944, part of A Company and the 9th Tactical Air Command arrived and set up switchboard operations. After a successful bombing operation by the 8th Air Force, the Allies pushed German forces out of Normandy, France.

After discharging from the Army, DiGiacomo attended Mondel Architectural Drafting School and became an architectural draftsman. He became a licensed architect in 1948 and worked with several firms, designing various schools, residences and county buildings. He received first prize for a high school he designed as well as an honorable mention for a bank.

After a career spanning more than 45 years, DiGiacomo began working at Cornell University in 1980 as the manager for architectural and engineering services. He retired after 13 years at the age of 80.

Now living in Ithaca, New York, he has written books such as A Soldier’s Diary, American Bread and Unofficial History of the 926 Signal Battalion in World War 2.