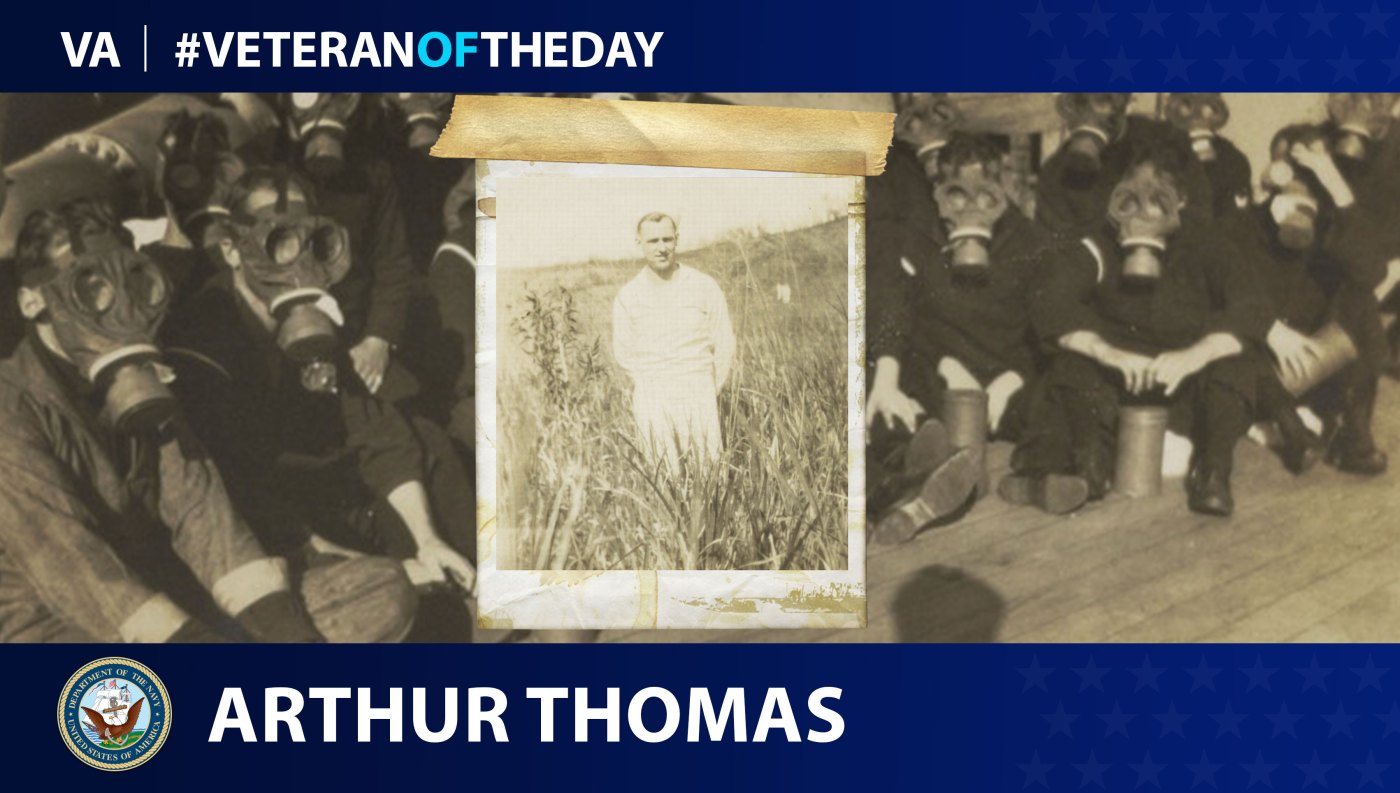 Today’s #VeteranOfTheDay is Navy Veteran Arthur James Thomas, who served aboard two ships during World War I from 1917 to 1919.

Arthur James Thomas enlisted in the Navy in 1917. After serving aboard the USS Southery, Thomas transferred to the battleship USS Nevada. The Nevada remained stateside for most of the spring and early summer of 1918.  During this time, Thomas and the rest of the crew spent their time training.  On July 4, the Nevada participated in the Battenberg Cup at Yorktown, narrowly losing the race to the Arizona. In August, the Nevada finally made to sea after spending time in the dry dock, arriving in the British Isles later in the month.

There, the Nevada ported in Bantry Bay, Ireland. Thomas and the other men continued to train. They would also tour the countryside when they got the chance. May on the crew contracted Spanish flu during the 1918 flu outbreak, killing several crew members from the Nevada. Fortunately, Thomas never caught the flu.

During his service, Thomas often received letters from friends and family. He was able to respond to these letters rather quickly but mentioned in a letter to his sister Viola that “I suppose you think that I have a lot of news to tell you but it is pretty dead down here.” Thomas also was rather faithful in recording his service in a journal.

When the war ended, Thomas and the rest of the crew held a large celebration on board.  Before returning home, the Nevada took part in President Wilson’s convoy as he arrived in Europe for the peace conference.  Thomas left the Navy in 1919, noted for his honorable service.

More can be learned about Thomas’ story at the Veteran’s History Project at: https://memory.loc.gov/diglib/vhp/story/loc.natlib.afc2001001.47827/