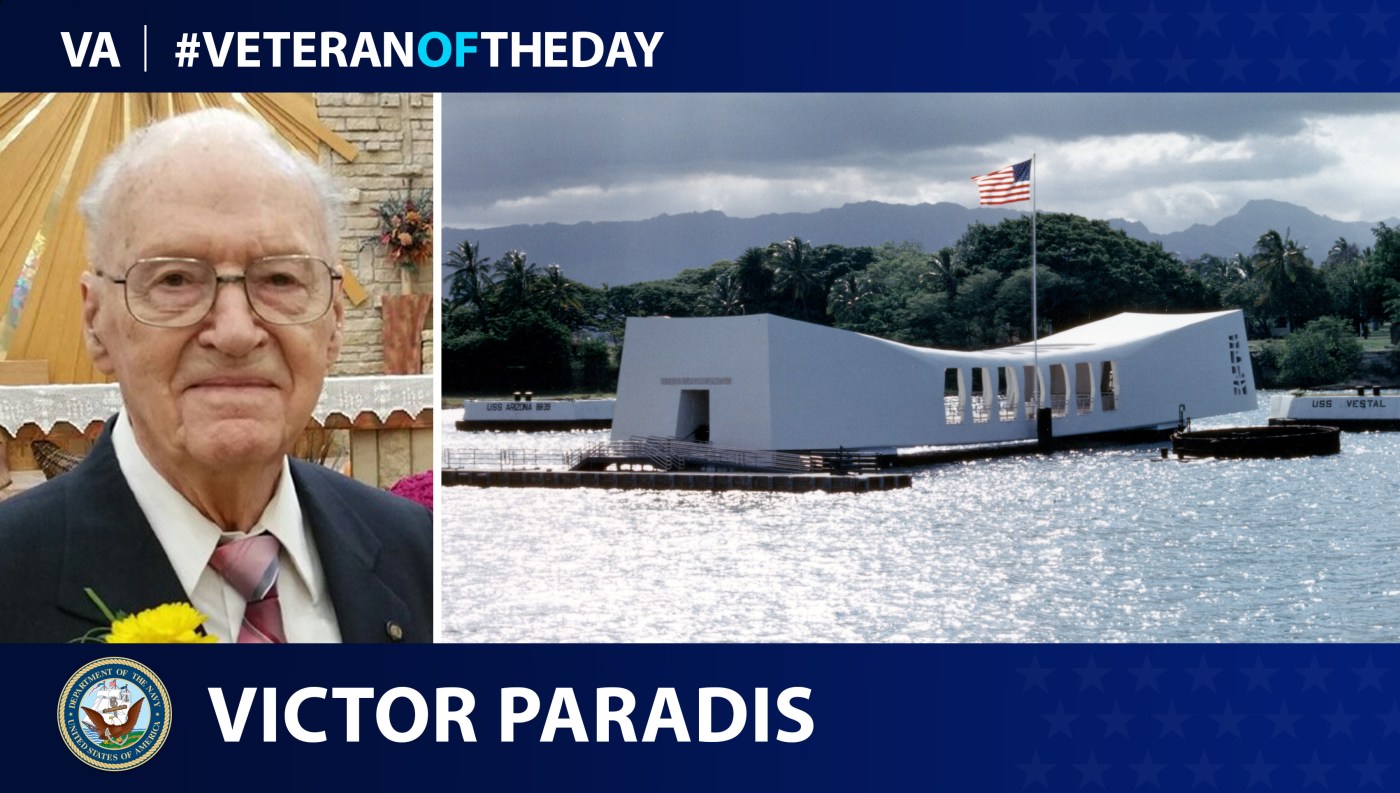 Victor Paradis was born in July 1918 in Lyon County, Minnesota. He grew up and attended high school in Marshall, Minnesota.

Since the Japanese targeted the battleships, the submarine base that Paradis served at was not hit during the attack. He later said in a speech that they “were very fortunate on that condition.”

In 1946, after the War, Paradis married his wife Lucille Marie Langan in Marshall, Minnesota. He began working at the local power plant and later moved to Mankato, Minnesota, and worked as an engineer assistant superintendent. He remained a member of the Pearl Harbor Survivors and traveled to seven different states as the 5th District Director. In his free time, he enjoyed bowling, golf, growing tomatoes as well as dancing with his wife.

Of the 2,403 people who died that day, 27 of them hailed from Minnesota. Paradis was one of the last remaining Pearl Harbor survivors from Minnesota.