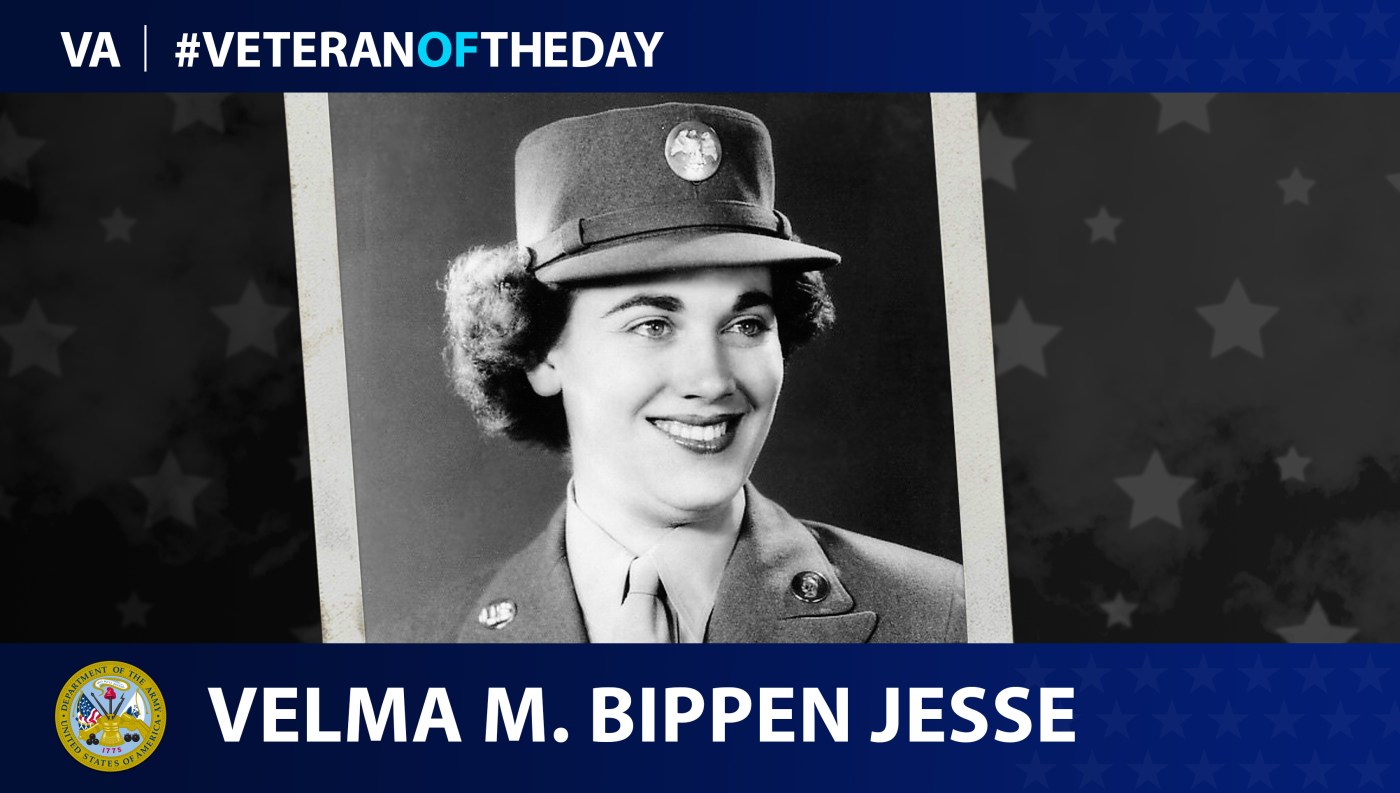 Today’s #VeteranOfTheDay is Army Veteran Velma M. Bippen Jesse, who joined after Pearl Harbor and served during World War II from 1942 to 1945.

Velma M. Bippen Jesse learned of Pearl Harbor after she came home from church one day, inspiring her to join the Women’s Army Corps. She joined the service in 1942, leaving her mother shocked. Her father was proud of her and felt like she was following in his footsteps, as he had served in World War I.

Jesse spent six weeks in Des Moines for basic training, spending most of her time marching and cleaning. She later went to Daytona Beach for cadre training and then moved on to cooking school. Jesse dreamed of opening a tearoom and wanted to learn how to run a restaurant, making this assignment perfect for her.

After Jesse finished training, she went to Camp Upton in New York. She served as the mess sergeant. Jesse planned the menus and made sure the meals were prepared properly. She did not travel much while she was in the service, but she did have the chance to meet Oveta Culp Hobby, the head of the Women’s Army Corps.

Jesse spent most her time in the Army living in the barracks, where they had bed inspections daily. The bed always had to have a six-inch white cap at the top. Jesse did have chances to go into New York City and see United Service Organizations shows and go to dances. When she went into the city, she would stay at the Elizabeth Arden House, a dormitory set up for soldiers to stay in. One time when she was at Camp Upton, her and her friends were jumping tides in the ocean, when Jesse fell in and almost drowned. She did not know how to swim, as her mom was afraid of the water.

The Army discharged Jesse in 1945 and she later joined the Air Force Reserves. She also was a charter member of her local American Legion post. More of her story can be found at http://memory.loc.gov/diglib/vhp/story/loc.natlib.afc2001001.92394/.