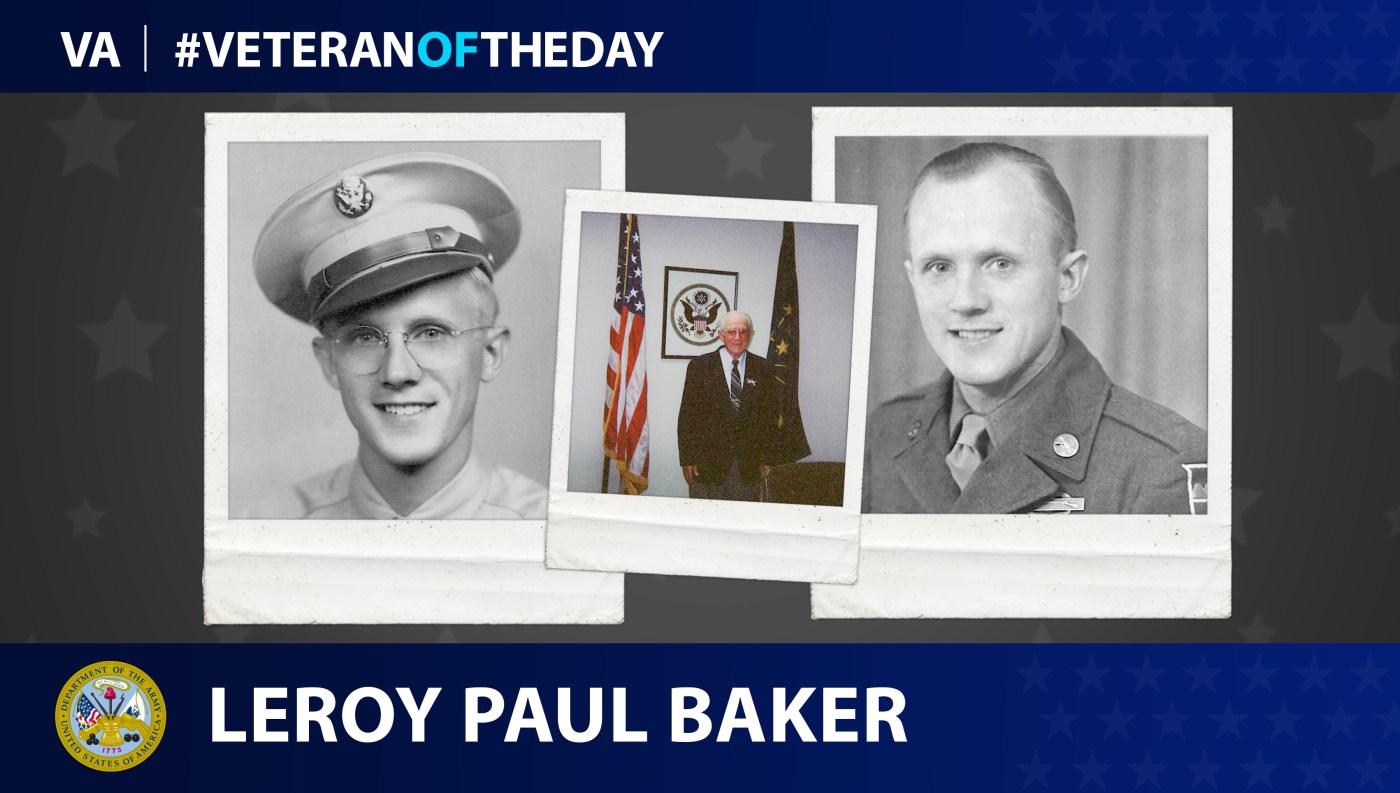 On the 75th anniversary of the start of the Battle of the Bulge, today’s #VeteranOfTheDay is Army Veteran Leroy Paul Baker, who fought in the battle.

Leroy Paul Baker was born in 1920 in Indiana and drafted in July of 1942. He went to Camp Forrest, Tennessee, and Camp Laguna, Arizona for training. In 1944, he left on the RMS Queen Mary out of New York Harbor with 18,000 troops and crewmembers aboard.

“The most demoralizing thing about that was when we looked at that Statue of Liberty and wondered if we’d ever see it again,” Baker said.

After landing in Glasgow, Scotland and taking the train to Southampton, England, his division crossed the English Channel to the Omaha Beachhead. For the remainder of the war, Baker and the 80th Infantry Division fought across the European theater. Baker described his combat experience while in the woods of northern France saying, “All at once, I mean, all heck broke loose. Artillery was terrible. Worse artillery shock we ever had.”

In December 1944, they departed from northern France for Luxembourg City where they fought in the Battle of the Bulge. Baker spoke emotionally of his first sergeant whom he had grown close with who became shell-shocked during the battle. He also remembered Christmas Day of 1944 when he, “heard the darnedest bunch of airplanes. I looked up in the western sky, and that sky was almost black with the United States Air Force planes, and that was the beginning of the end of Adolf Hitler.”

After the battle, the 80th Infantry Division fought across eastern Germany and traveled down into Austria. While on occupation duty in Austria, they encountered a concentration camp. “That was very demoralizing to see a thing like that, I’ll tell you,” Baker said of seeing the camp survivors. “And that will always be in my mind.”

Baker spent a total of fifteen months in the European theater. He earned an Army Good Conduct Ribbon and the European-African-Middle Eastern Campaign Medal.

During his retirement, Baker began speaking at schools about his time in the service. “Of course, for a lot of these kids, World War II don’t mean anything to them. Someday they’re going to want to know about it. That’s the reason why I was thrilled about this thing here today,” Baker said of his interview for the Veteran’s History Project.