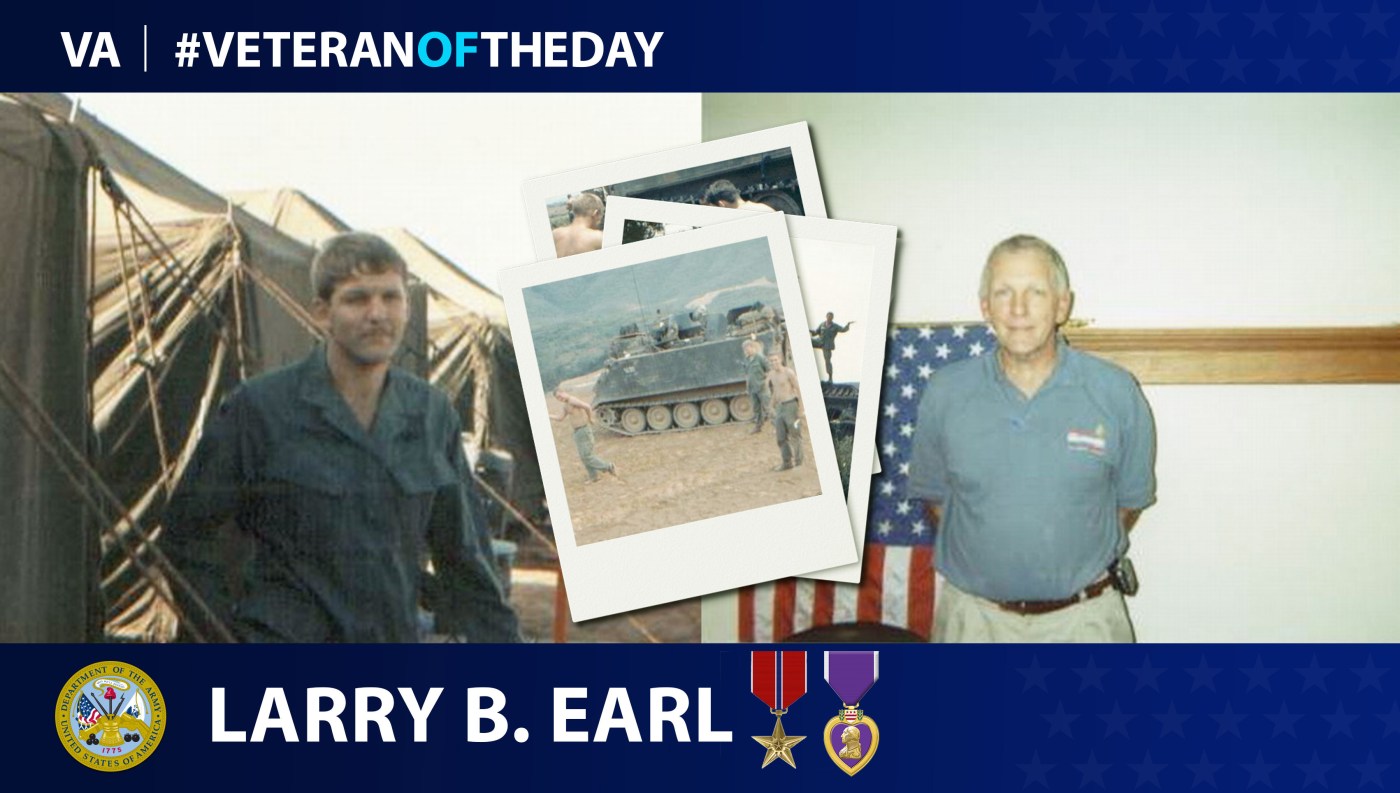 Today’s #VeteranOfTheDay is Army Veteran Larry B. Earl, who served as a mine sweeper during the Vietnam War, receiving a Bronze Star Medal and Purple Heart.

Earl’s primary job was to sweep the roads at night to deter the enemy from laying mines. In addition, he performed sweeps of fields and plantations. Earl and his company periodically engaged the enemy, receiving mortar fire and ambushes.

On March 30, 1969, while driving a tracked vehicle, the enemy attacked Earl and his fellow soldiers. A rocket propelled grenade struck Earl’s vehicle, causing him to receive shrapnel wounds across his body. Earl jumped out and attempted to rescue his fellow crewmen. However, when he tried to open the door, his vehicle exploded, throwing him to the ground. After hitting the ground, Earl was struck in the mouth by enemy fire.

Following his rescue, Earl received medical treatment in Japan. After recovering, Earl went back to Vietnam to serve out the rest of his tour. Due to his extensive injuries, Earl was unable to serve in combat and became a clerk for the 9th Infantry Division.

The Army discharged Earl as a sergeant. For actions during his service, Earl received a Bronze Star Medal and a Purple Heart, along with several other commendations.