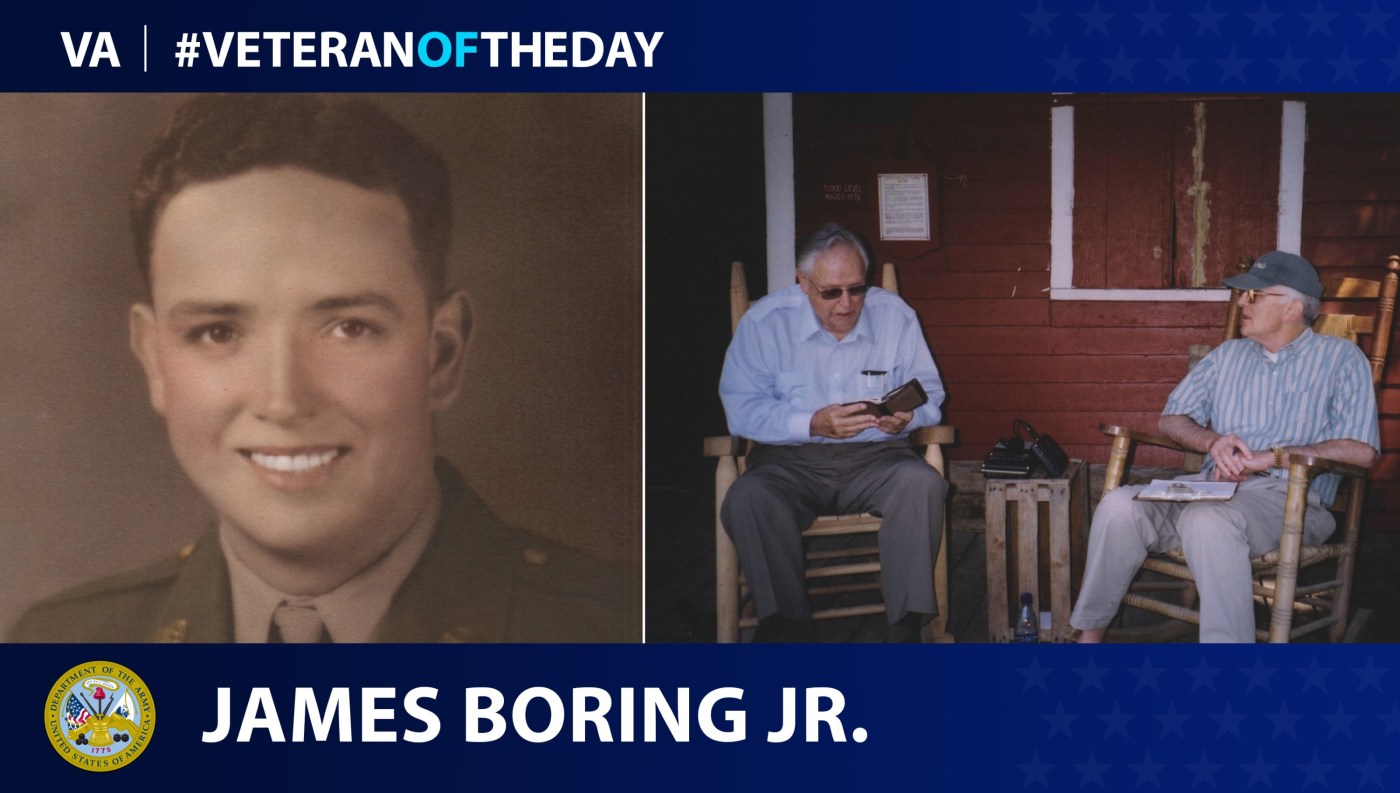 Following the U.S. entering World War II, James M. Boring Jr. sought to enlist with the Navy as a Seabee. After enlisting, Boring failed to pass the color vision test during his physical examination. As a result, the Navy rejected him for service. Boring then attempted to enlist with the Air Force but they turned him away for the same reason.

The Army drafted Boring in 1942. Upon receiving his draft notice, Boring reported for duty at Camp Beale, California. There he served with the 93rd Cavalry Reconnaissance Squadron (Mechanized), 13th Armored Division and received training as a tank mechanic. From Camp Beale, Boring and the 93rd traveled to Camp Cooke, California, and then to Fort Worth, Texas, practicing armor maneuvers over desert and mountainous terrain before deploying to Europe.

Boring and the 93rd Cavalry Reconnaissance Squadron first arrived in France in the immediate aftermath of the Battle of the Bulge, in which Allied forces held off and later broke through a large German offensive. The 93rd followed behind the Allied advance through France towards Germany. Boring commanded a maintenance crew, ensuring his squadron continued to move forward.

In their push towards Germany, Boring and his squadron faced resistance from German forces. During one incident, German forces captured and executed one of the 93rd Squadrons tank crews. The squadron later participated in the Battle of the Ruhr and several smaller engagements with the enemy.

By April 1945, Boring and the 93rd Cavalry Reconnaissance Squadron reached Dachau, Germany. There, they helped liberate the Dachau concentration camp, where retreating German forces left 30,000 prisoners. From Dachau, Boring and his squadron continued to move through Germany towards Austria, with the objective of meeting Soviet forces pushing west. By the time the 93rd Cavalry Reconnaissance Squadron reached Austria, Germany surrendered, ending the war in Europe.

The Army discharged Boring in 1946 as a sergeant.

After returning home, Boring attended the University of Tennessee and earned a degree in engineering. After graduating, Boring worked for his uncle’s crushed stone business, where he served as a site superintendent. In 1955, Boring bought his own rock quarry and went on to start his own commercial stone business.