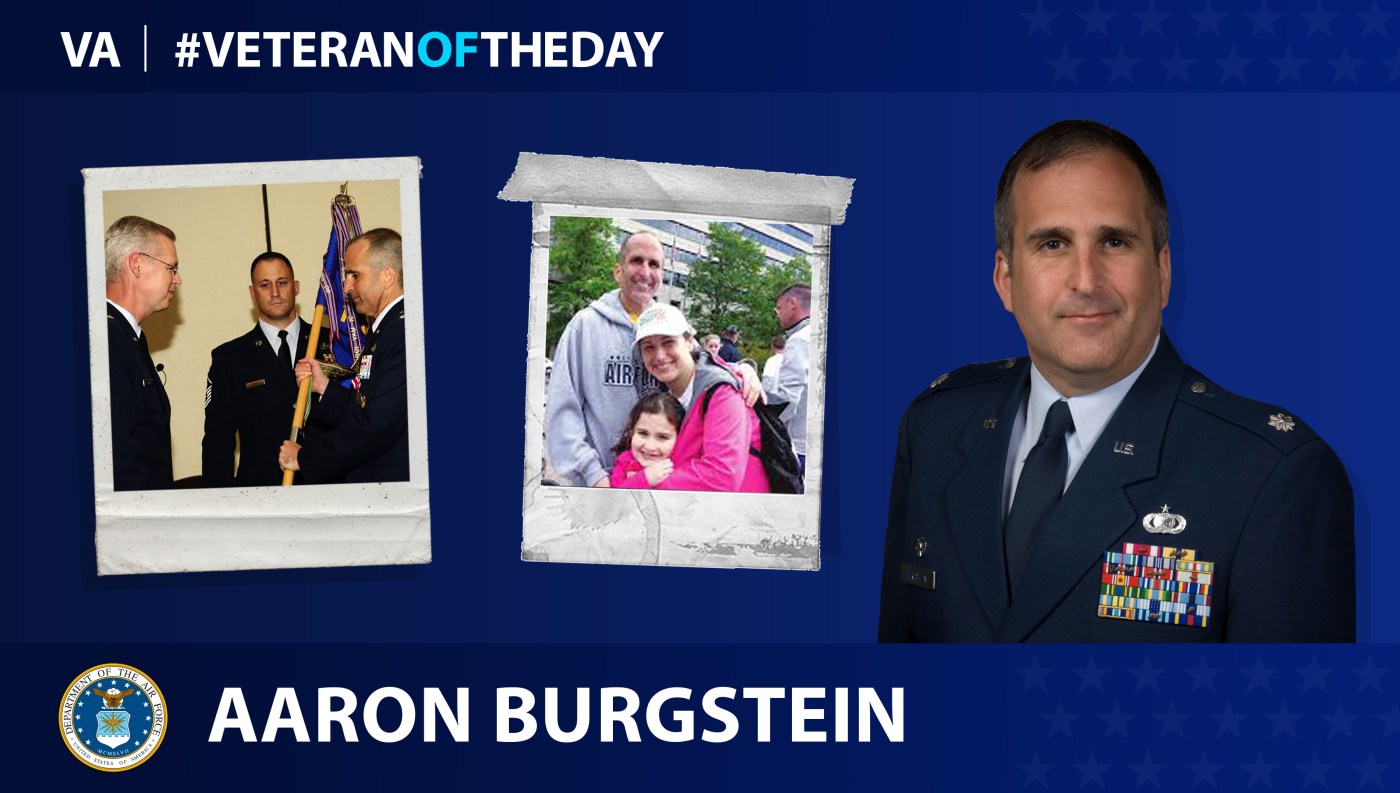 With the opening of Star Wars: The Rise of Skywalker Dec. 20, today’s Veteran of the Day is a fan who used Positive Mental Attitude, his own version of “The Force.”

After graduating from Ursinus College, Pennsylvania, in 1994 with a degree in communications, Aaron Burgstein commissioned into the Air Force through Officer Training School at Maxwell AFB, Alabama, in 1995. He served his first assignment at Holloman Air Force Base, New Mexico.

From 2005 to 2007, Burgstein served as the strategic communication advisor to former Air Force Secretary Michael W. Wynne at the Pentagon in Arlington, Virginia. He also served overseas at air bases in South Korea, Haiti, Qatar, Kuwait and Japan.

Burgstein became the commander of Joint Base Charleston’s 1st Combat Camera Squadron in July 2009. Combat camera squadrons provide visual records for use in operational analysis, training, public information, and as a permanent historical record. The squadron is important for battlefield information in support of strategic, operational, and tactical mission objectives.

A doctor diagnosed Burgstein with a brain tumor in 2010, but he continued his service in the Air Force. He served as the senior Air Force fellow at the Atlantic Council and director of public affairs for Pacific Air Forces at Joint Base Pearl Harbor-Hickam, Hawaii.

Nicknamed “Chewy” for his love of the Wookie Chewbacca and the Star Wars franchise, Burgstein used the concept of Positive Mental Attitude (PMA), which was his version of “The Force,” a unique and powerful energy capable of overpowering adversaries when effectively harnessed. Using PMA, according to his colleagues, motivated Burgstein to work hard and excel.

After multiple bouts with brain cancer, Burgstein passed away Jan. 27, 2015. He was buried with honors at Arlington National Cemetery Feb. 9.

An Air Force Association scholarship was created in his honor in May 2015. The Col. Aaron Burgstein scholarship aids minor dependents of officer or enlisted active duty, Veteran, or retired service members; reservists; or National Guard members of all branches pursuing a degree at an accredited college or university.