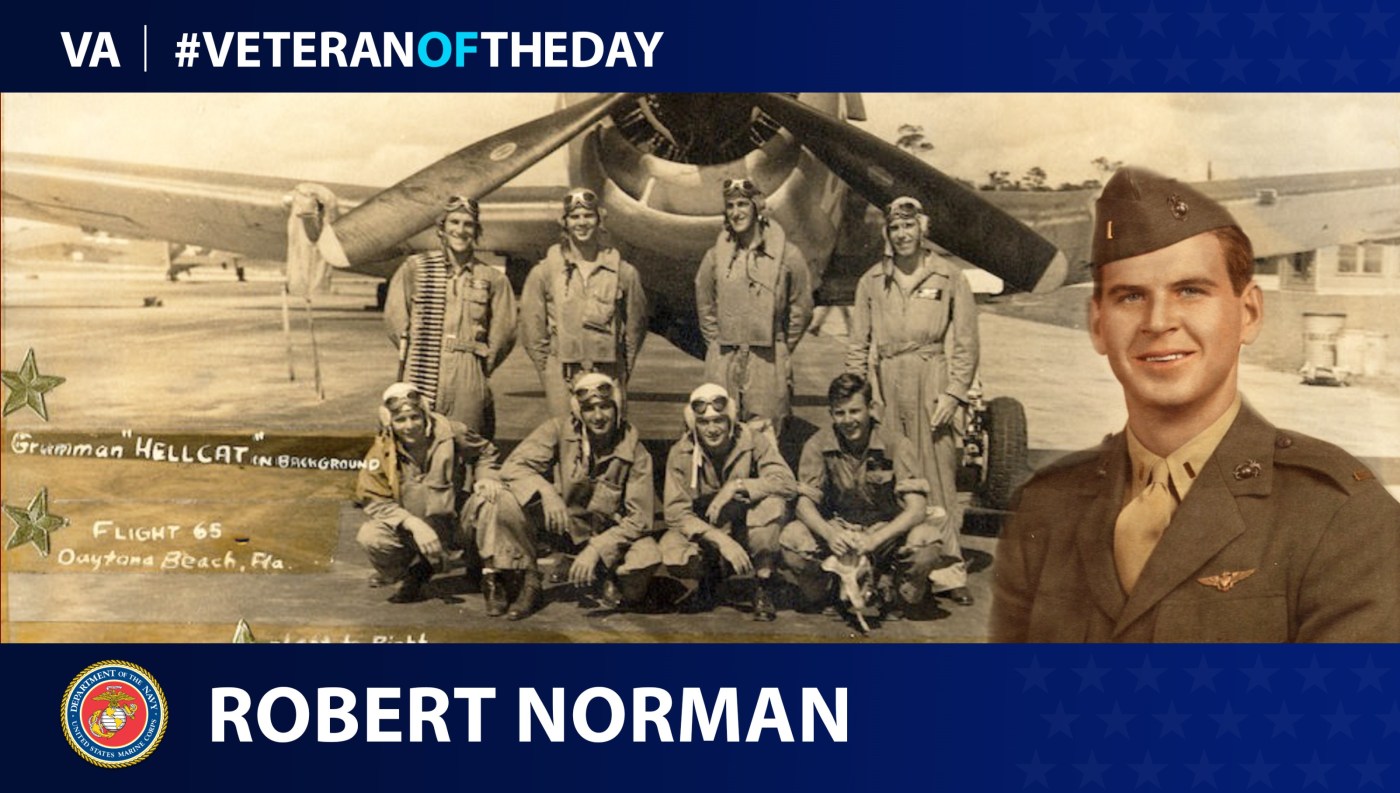 Today’s #VeteranOfTheDay is Marine Corps Veteran Robert R. Norman, who served as a pilot in the Pacific during World War II.

After completing his training Norman served with the 223rd Marine Fighter Squadron. Norman and the 223rd deployed to the Pacific island of Okinawa, where he and his fellow pilots prepared for the impending invasion of Japan. Following the atomic bombings of Hiroshima and Nagasaki, and the subsequent surrender of Japan, the Marine Corps sent Norman to the 218th China Marine Fighter Squadron and stationed in Beijing, China.

During his deployment, the Chinese Civil War started when the Chinese communists and nationalist forces began fighting each other.

Norman’s base came under sporadic fire during the war. On one occasion while driving, Norman and a fellow pilot accidently strayed off their rout, coming under fire. After taking cover in a ditch, the men waited for the communist forces to stop firing and surrendered. The forces took them to a compound, where a Russian interpreter interrogated them. The Russian interpreter subsequently decided to release them along with a lieutenant who had been captured earlier on the condition they returned to their base. After making their way through several more ambushes, the men arrived safely back at their base and returned to the United States.

Norman left the Marine Corps July 27, 1946. After leaving the service, he attended college. During his time as a student, Norman remained in the Reserves and became one of the first pilots chosen to operate the new F-80 jet aircraft.  He left the Reserves in 1951 as a captain.