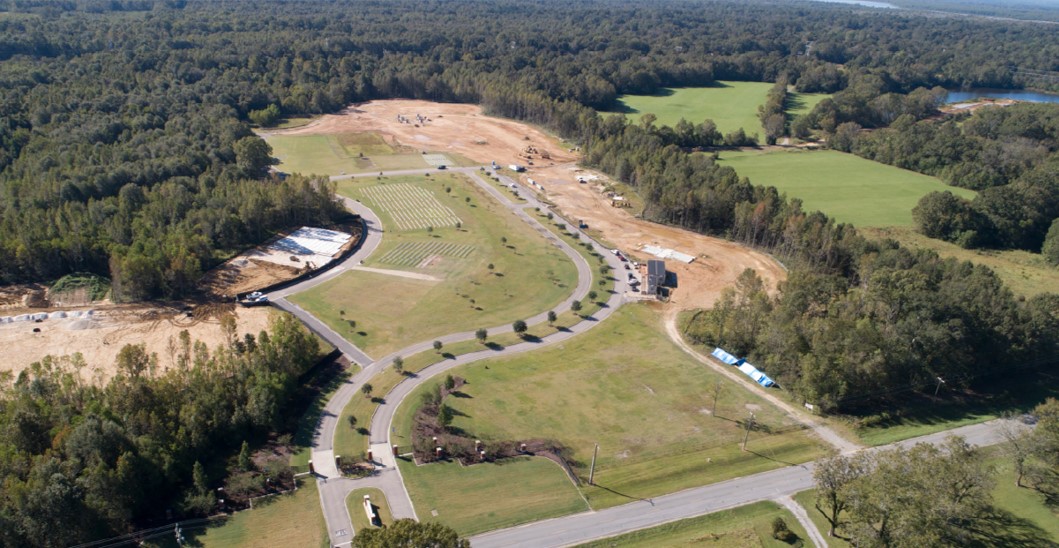 “We have proudly served the Veteran community for many years,”said Director Maurice Roan, Louisiana National Cemetery Complex. “With this new expansion project, Veterans and their families in Louisiana will continue to have access to the burial benefits they have earned and deserve for decades to come.”

“Our newest cemetery, the Louisiana National Cemetery, opened in 2012 for cremation and casket burials,” said Roan. “Located in the East Baton Rouge Parish, about six miles from Zachary, it now serves as the hub for all four national cemeteries in Louisiana.”

Closed for new interments, the Baton Rouge National Cemetery was established in 1867, has a total of 5,126 gravesites, and is listed in the National Register of Historical Places.

“Remains were brought to the Baton Rouge National Cemetery after the Civil War from the battlefields near Baton Rouge and Plaquemine, Louisiana; and Camden, Arkansas,” said Roan. “Historical accounts mention that the U.S. government paid a bonus to anyone who discovered the grave of a Union soldier so his remains could be reinterred in that cemetery.”

Open only for cremated remains, the Port Hudson National Cemetery in Zachary is located on the site where Union and Confederate forces fought during the siege of Port Hudson. The cemetery was designated a National Historic Landmark in 1974.

“Nearly 4,000 Union troops were killed and almost all were buried at the Port Hudson National Cemetery, only 600 were known,” said Victor Reed, administrative officer, Louisiana National Cemetery Complex. “In 1866, the U.S. government appropriated 8.4 acres and declared the site a national cemetery.”

The fourth cemetery of the Louisiana National Cemetery Complex is the Alexandria National Cemetery, located in Pineville, and closed to new interments. In 1867, an eight-acre plot was appropriated from a local resident for the establishment of a national cemetery for deceased Union soldiers who died in the region. This cemetery was placed on the National Register of Historic Places in 1997.

Burial in a VA national cemetery is open to all members of the armed forces and Veterans who have met minimum active duty service requirements, as applicable by law and were discharged under conditions other than dishonorable. Members of the reserve components of the armed forces who die while on active duty under certain circumstances or who die while on training duty are also eligible for burial, as are service members and former service members who were eligible for retired pay at the time of their death. Spouses, minor children and, under certain conditions, dependent unmarried adult children are also eligible for burial even if they predecease the Veteran.