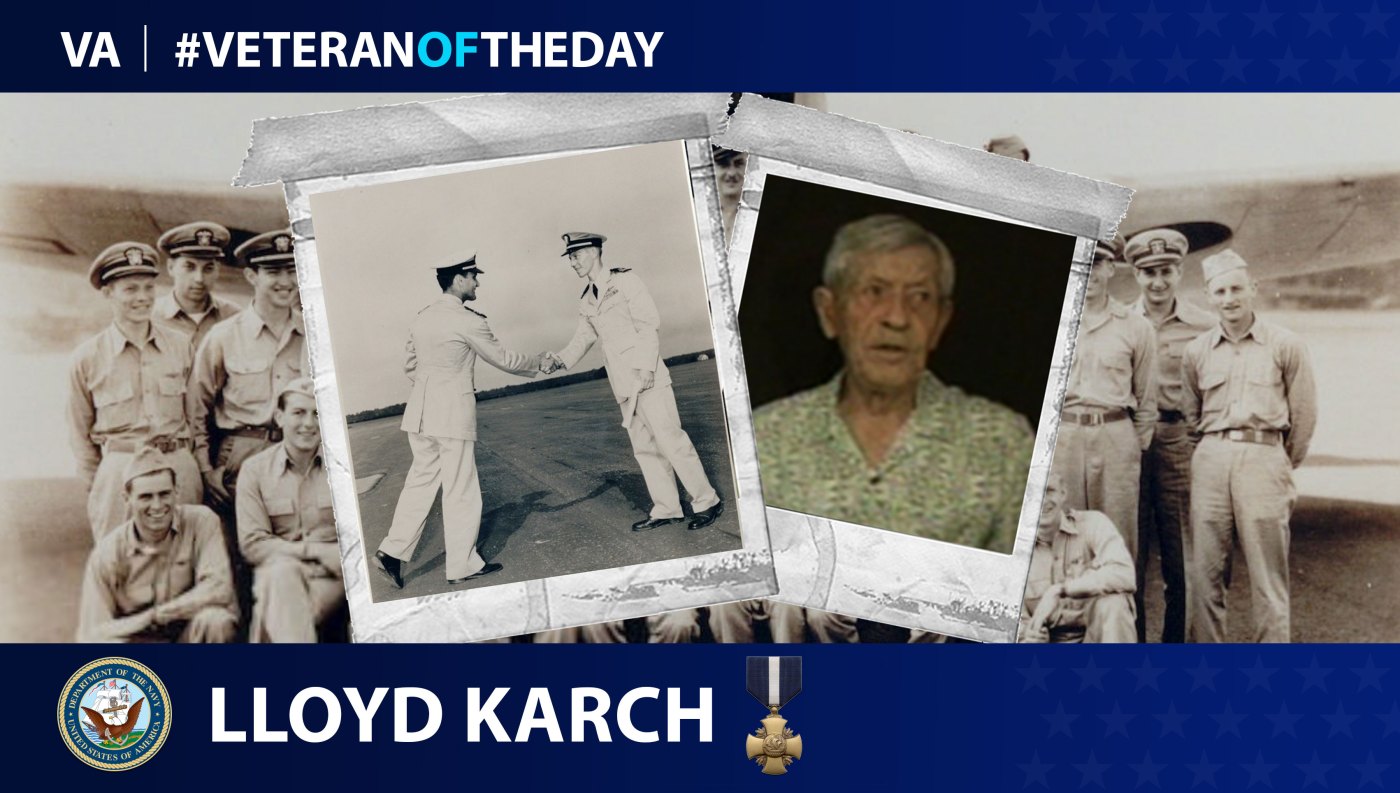 Today’s #VeteranOfTheDay is Navy Veteran Lloyd E. Karch, who earned a Navy Cross for his actions during the Battle for Leyte Gulf Oct. 24, 1944.

Lloyd Karch learned of the attack on Pearl Harbor when he was standing outside on his girlfriend’s porch. He did not take action immediately, as he wanted to see what happened first. Karch attended Ohio State University, and as he watched all the senior Reserve Officers’ Training Corps officers leaving to go overseas, he decided it was his time to join the service as well.

He enlisted in the Naval Aviation Program and completed most of his training in Louisiana and Florida. Karch trained on a TBM Avenger plane, a glide bomber that could carry 2,000 pounds of missiles and had multiple machine guns. He learned how to glide in at a 45-degree angle from high altitudes.

Karch served on the USS Intrepid and was responsible for covering the Army’s movements. His first mission was bombing the Peleliu airfield. Karch flew in the Battle of Leyte Gulf, witnessing a kamikaze hit the Intrepid. He earned a Distinguished Flying Cross for torpedoing a tanker in the South China Sea. He also earned a Navy Cross, the Navy’s second highest honor, for torpedoing a Japanese battleship. Karch’s gunner was also nominated for a Distinguished Flying Cross but after 50 years, he still had not received it. Karch sent a couple of letters making sure his gunner acquired the decoration.