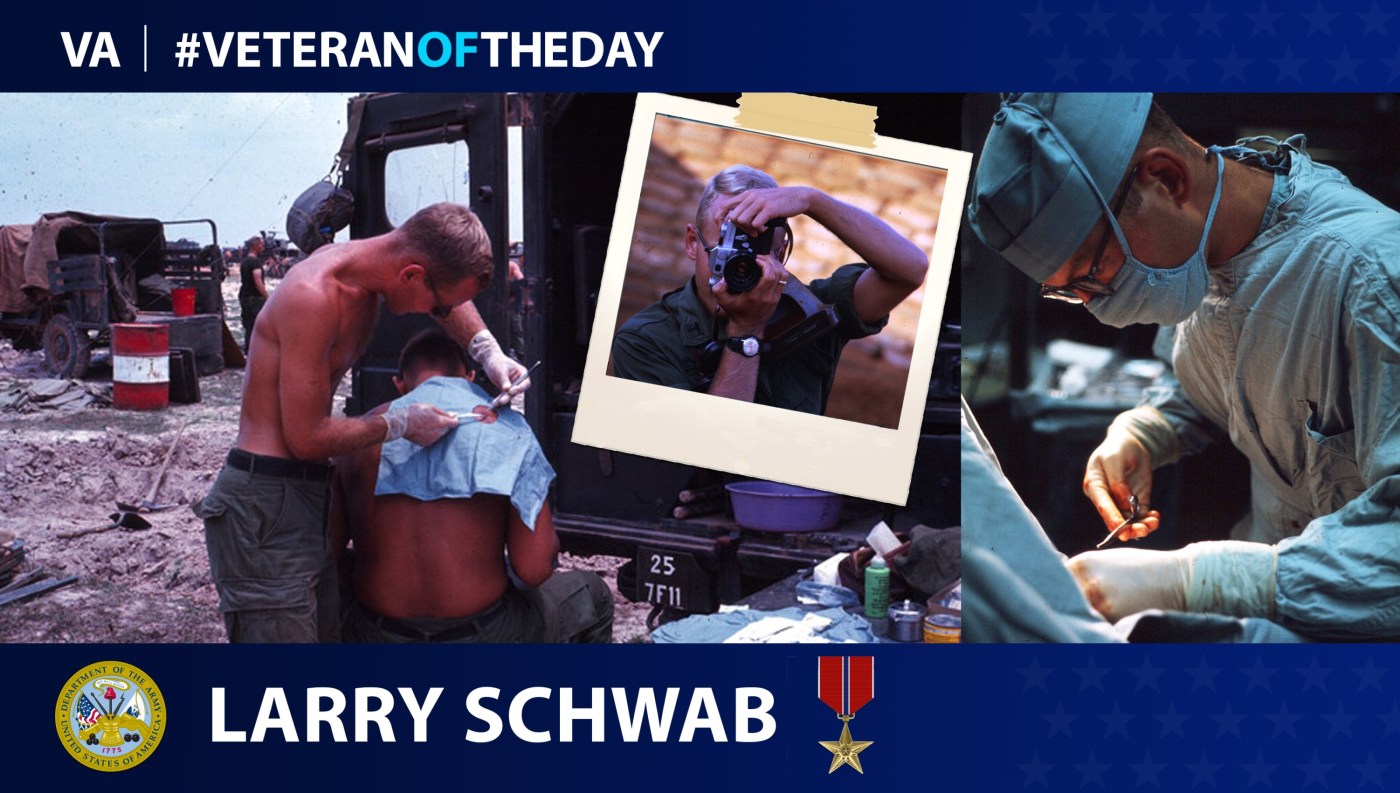 Today’s #VeteranOfTheDay is Army Veteran Larry Schwab, who served with a Mobile Unit Surgical Transportable during the Vietnam War.

Prior to the Vietnam War, Larry Schwab finished medical school and was doing a general rotating internship in New Orleans, Louisiana, at a charity hospital. His plan was to work in public health. However, after he was drafted as a non-combatant in the U.S. Army, his plans quickly changed.

Schwab trained at Fort Sam Houston, Texas, before deploying. He recalled the training as being a very structured and rigid environment. Despite his distaste for the classroom environment, Schwab enjoyed the physical part of Army training. However, his training would not last long because on Oct. 25, 1967, Schwab arrived at the Tan Son Nhut Airbase in Vietnam. He vividly remembered walking down the gangway of the airport and seeing the soldiers returning home walking down the same gangway in the opposite direction. At that moment, Schwab had the realization that the only thing that separated him from going home was one year of service.

In Vietnam, Schwab’s first assignment was with the Mobile Unit Surgical Transportable (MUST) hospital with the 7th Surgical Hospital in Xuan Loc. During his seven months with the MUST hospital, Schwab treated U.S. and Vietnamese soldiers and civilians, along with Viet Cong. He didn’t form close bonds with the soldiers during this assignment but said he shared bonds with the different medical team members he worked closely with.

Schwab’s second assignment was with the 25th Infantry Division where he served as a battalion surgeon. On May 8-9, 1968, the enemy overran Schwab’s unit, and they came under heavy attack. During this time, the enemy wounded and maimed many people, including the division’s commander.

In August 1969, the Army discharged Schwab and he started a career in ophthalmology. In 1972, he decided to take his medical skills overseas and went to Ethiopia with the International Eye Foundation and stayed in Ethiopia and Kenya until 1980. After this time, Schwab returned to the U.S. for a few years, but once again, he returned to Africa working in the nations of Malawi and Zimbabwe. He recalled  his time in Africa as very enjoyable, helping governments and private foundations. In 1989, Schwab and his family returned to the U.S.

Despite his work around the world, Schwab felt a desire to return to Vietnam in 1995 to provide medical aid to Vietnamese and Cambodian citizens. It was here that Schwab’s political passion to aid in the eradication of land mines really blossomed. Many people had lost their eyesight due to land mines, so he wanted to help them medically and politically. He wanted to end the use of a weapon that does not discriminate its victims.