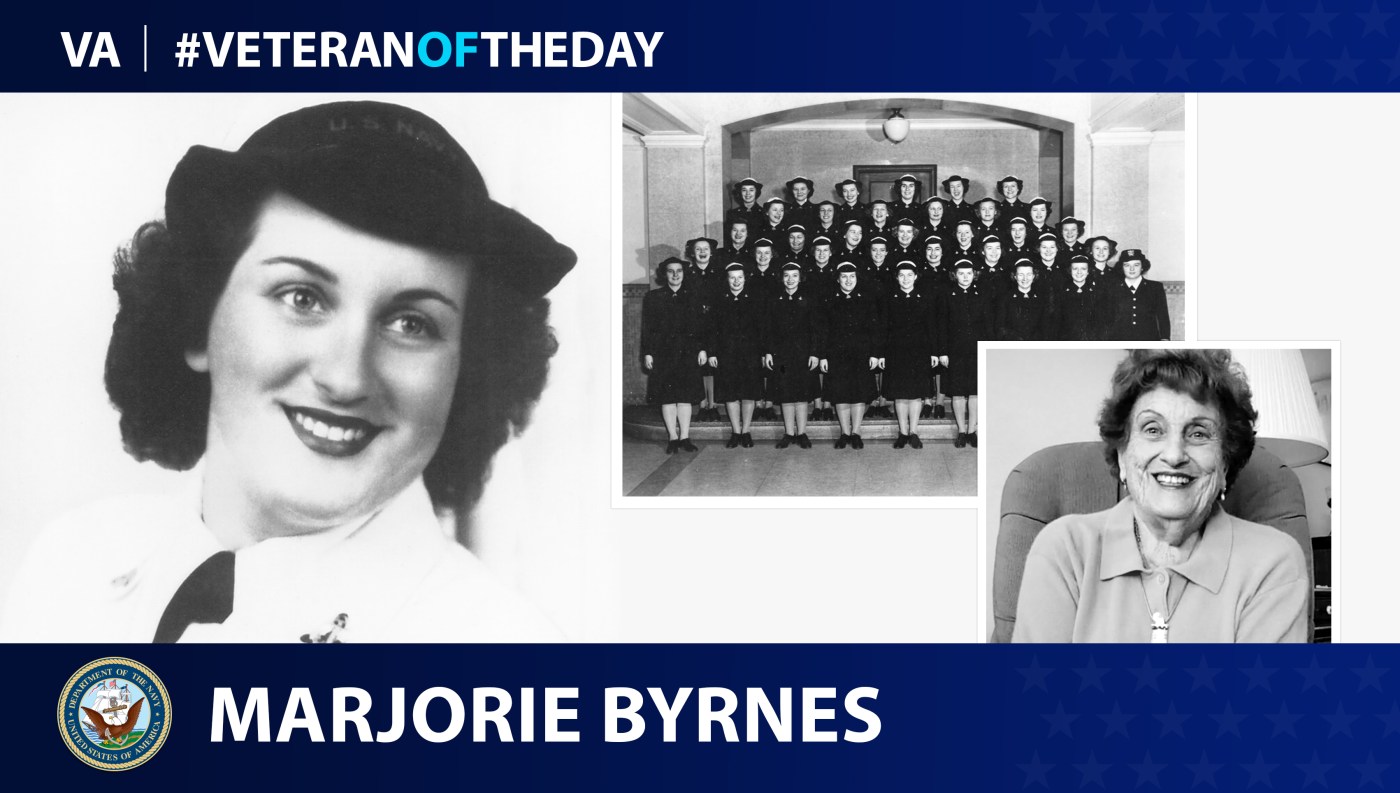 Today’s #VeteranOfTheDay is Navy Veteran Marjorie Nicholson Byrnes, who served in the WAVES program as a hospital corpsman during World War II.

Marjorie Nicholson Byrnes joined the Navy because of her patriotism. In return, the Navy instilled her with a respect for authority, adaptability and self-sufficiency. She found this useful in a long and successful career after she left the Navy.

Byrnes enlisted in the Navy’s Women Accepted for Volunteer Emergency Service (WAVES) program as soon in 1944. After Byrnes finished boot camp at Hunter College in New York, she went to the Bethesda Naval Hospital in Maryland for three months to attend the hospital corps school.

The Navy said that those who did well in the hospital corps school would be the first to choose where they were assigned. Byrnes finished third in her class and chose to go to the Charleston Naval Hospital in South Carolina, which specialized in amputations.

Byrnes worked long hours and the hospital was often understaffed. Despite her busy schedule, Byrnes found ways to have fun. Going to Sullivan’s Island, South Carolina, with her friends was one of her favorite ways to spend the weekends she had off. Byrnes left the Navy at the rank of pharmacist mate second class.

After leaving the Navy, Byrnes began working as a secretary for a steamboat company and started a family. Byrnes changed industries and worked her way up to become vice president of sales for several electronics companies across the country. She attended night school at Ursinus College and was only a few classes away from earning a bachelor’s degree.