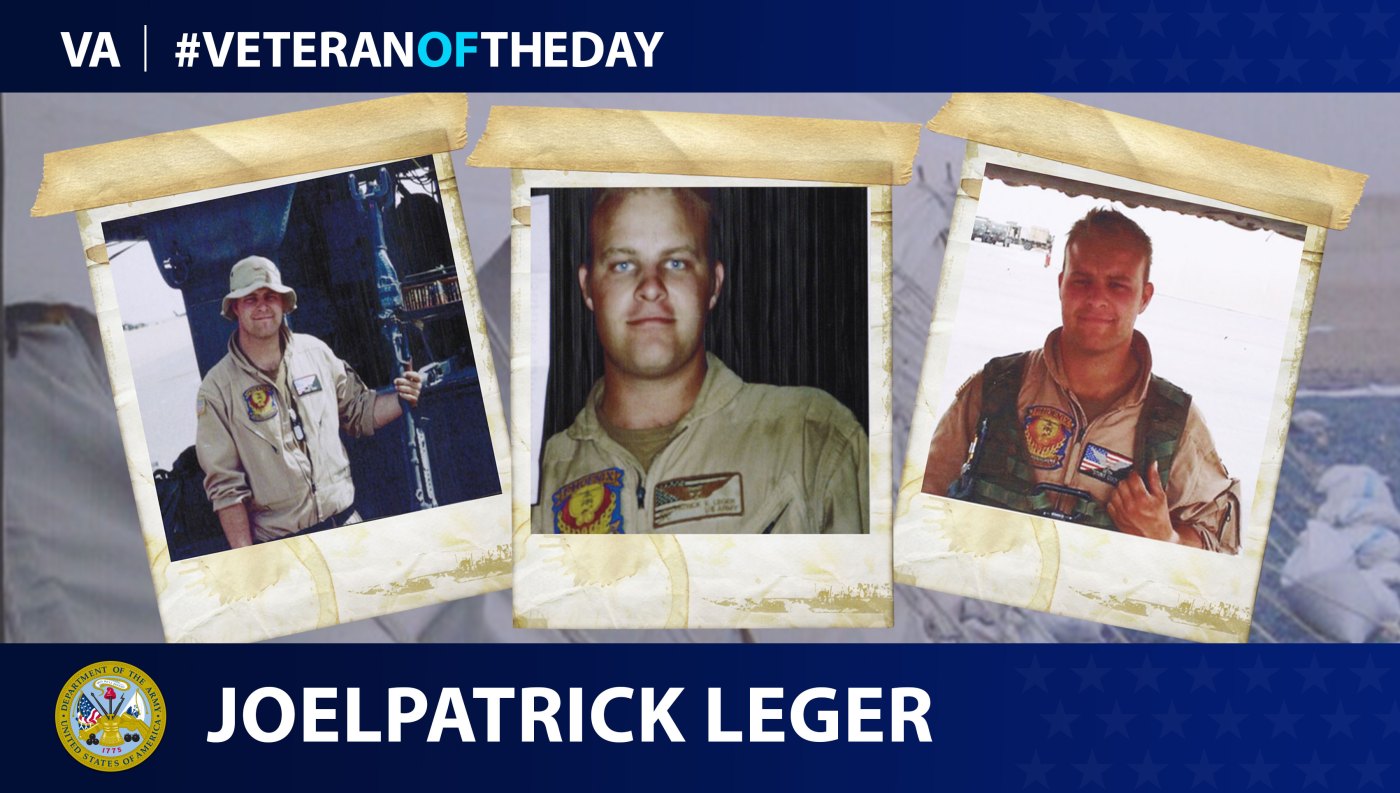 Growing up, Joelpatrick Leger had a passion for aviation. Hoping to receive flight training, he enlisted with the United States Army in 1998. After basic training, Leger went to Fort Eustis, Virginia, for advance training as a Black Hawk utility helicopter crew chief.

From Fort Eustis, Leger went to Hunter Army Airfield, Georgia, and stationed with the maintenance company of 2nd Battalion, 3rd Infantry Division as a Black Hawk helicopter mechanic. Following his time at Hunter Army Airfield, he became a crew chief and served with a flight company responsible for running counternarcotic missions in the Bahamas. In March 2001, Leger went to Camp Stanley, South Korea. He served as a crew chief for one year, transporting people and monitoring the Korean Demilitarized Zone.

In November 2002, Leger’s regiment received deployment orders for Iraq. He and his company landed in Kuwait in February 2003 and transported troops and equipment from Kuwait into Iraq. During their time in Iraq, Leger and his fellow soldiers often flew through sandstorms and shot at by the enemy.

Leger returned to Fort Campbell, Kentucky in February 2004. After leaving the Army, he returned to his home in Connecticut and began classes at Central Connecticut State University, majoring in education and history.