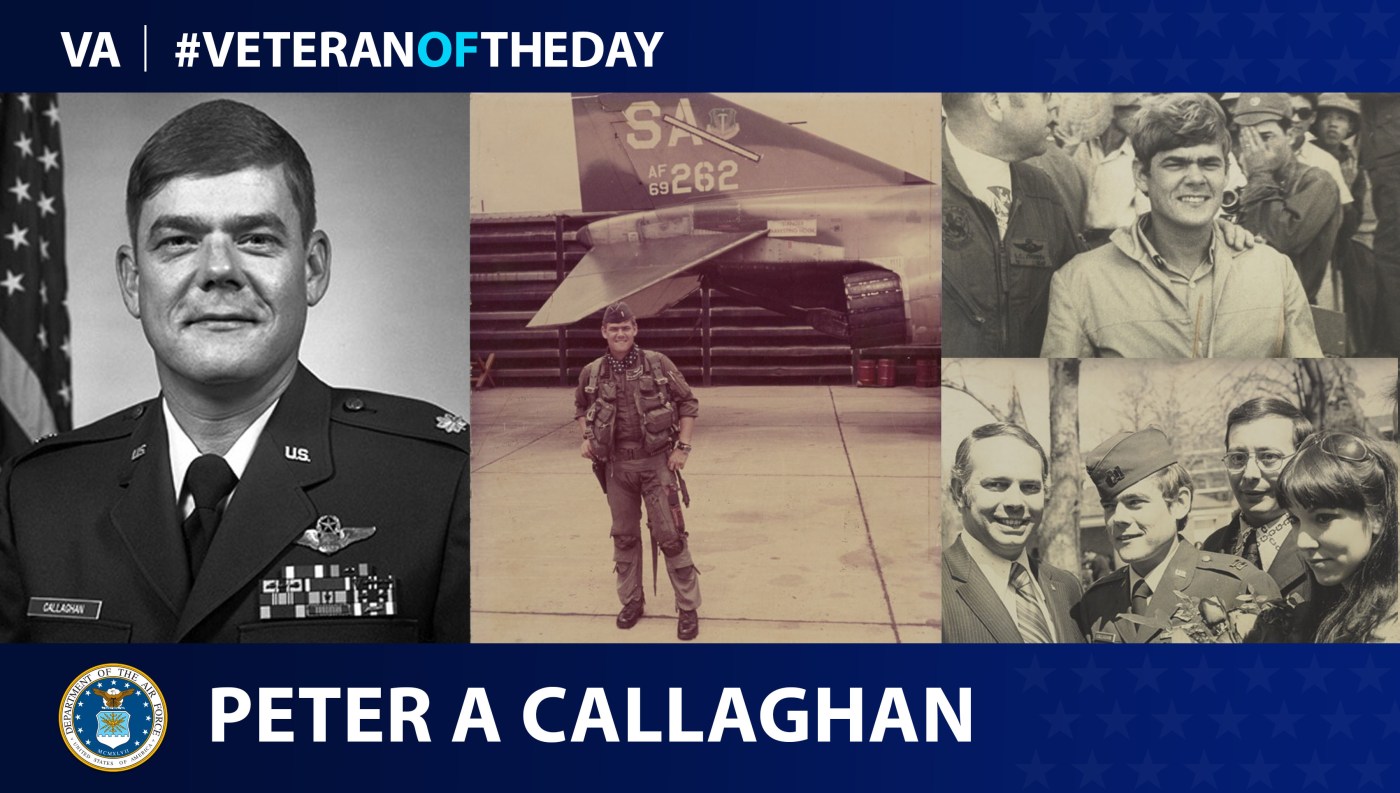 Today’s #VeteranOfTheDay is Air Force Veteran Peter A. Callaghan, who served during the Vietnam War as a navigator and became a prisoner of war.

Peter Callaghan worked at NBC Television Studios in advertisement before receiving a draft notice in 1968. He first joined the Army and later transferred to the Air Force, becoming a flight navigator. Callaghan served at Seymour Johnson Air Force Base in North Carolina with an F-4 squadron.

In April 1971, he deployed to Thailand. Callaghan flew 55 missions as a navigator after his arrival in Thailand. In January 1972, Callaghan was flying a mission to Hanoi in North Vietnam when the enemy shot down his plane. The pilot and him landed in a village west of Hanoi.

After North Vietnamese militia arrested them, the militia imprisoned them at the Hỏa Lò Prison, also known as the Hanoi Hilton. Captors interrogated them unsuccessfully about military technology and placed in solitary confinement.

Enemy forces later moved Callaghan and his fellow prisoners to a camp in southern Hanoi nicknamed “The Zoo.” There, they received meager rations of bread, soup and milk, with no clean water. They were also kept away from new arrivals in an attempt to cut them off from the outside world. In December 1972, Callaghan and seven other prisoners were moved back to the Hilton and witnessed the Christmas bombings of Hanoi, known as Operation Linebacker II. The North Vietnamese released Callaghan from Hanoi in March 1973. After recuperation in the Philippines, he returned to the United States in April.

Callaghan later became a navigational instructor and C-5 navigator in northern California, and an Air Force recruiter in Michigan and Texas. He retired from the Air Force as a lieutenant colonel in 1989.