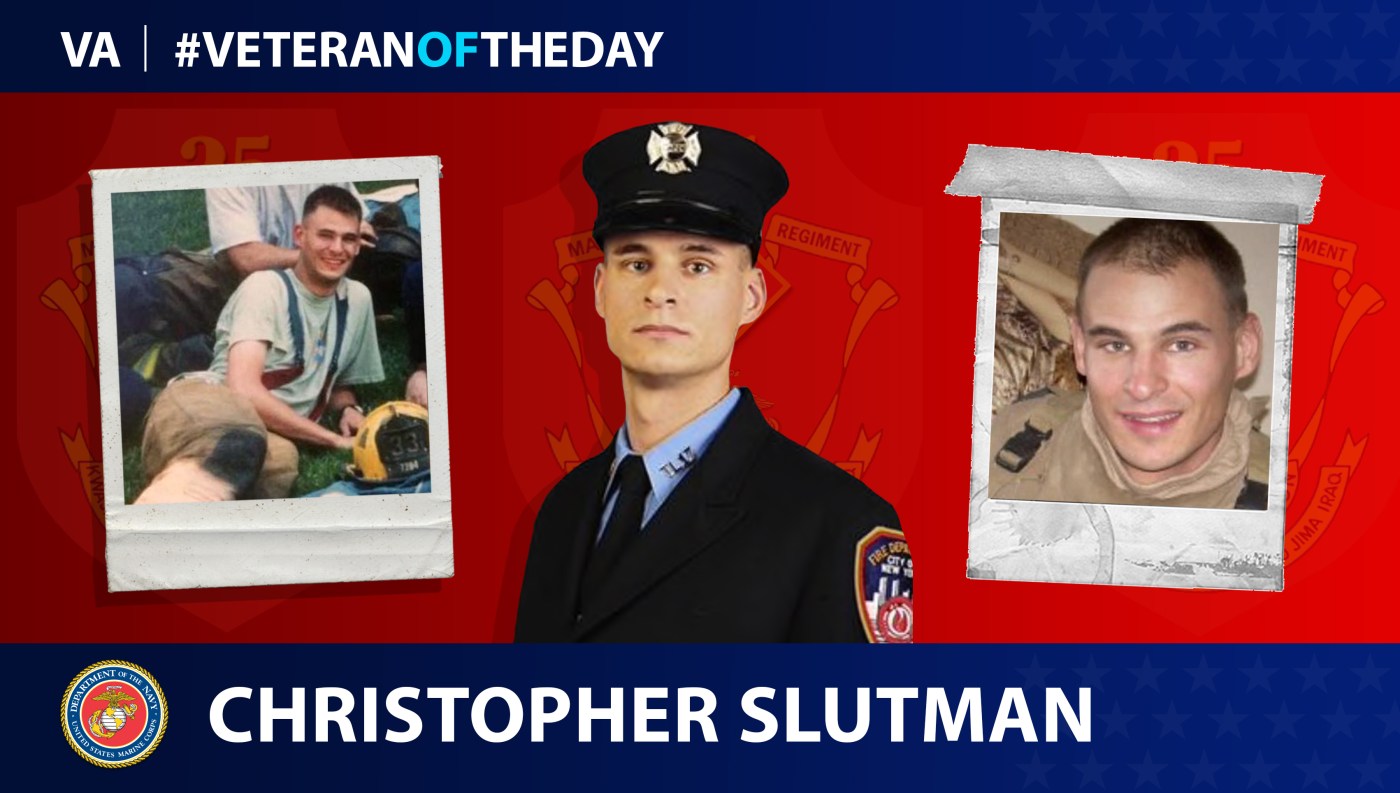 Today’s #VeteranOfTheDay is Marine Veteran Christopher Slutman, who served from 2005 to 2019 before being killed in action.

Christopher Slutman wore two uniforms as a Marine and a firefighter. He served as a volunteer firefighter with the Kentland Volunteer Fire Department in Maryland for 19 years and as a 15-year career firefighter with the Fire Department of the City of New York. As a firefighter in Maryland, Slutman became a wagon driver and captain; in New York, he served as a member of Ladder Company 27 in the South Bronx. In 2014, New York City Mayor Bill de Blasio presented Slutman with the Fire Chief’s Association Memorial Medal after rescuing an unconscious woman from a burning apartment.

Slutman, an infantry rifleman, joined the Marine Corps in November 2005. He deployed to Iraq in 2008 for 11 months and to Mozambique in 2010 for one month. As a Marine, Slutman earned two Iraq Campaign Medals, a Military Outstanding Volunteer Service Medal and four certificates of commendation.

He deployed to Afghanistan in October 2018 and was part of the 25th Marine Regiment, Fourth Marine Division. His deployment was part of the Georgia Deployment Program-Resolute Support Mission. Marines trained and advised Georgian infantry troops in order to contribute to NATO’s Resolute Support Mission in Afghanistan. This program operated on six-month rotations between U.S. Marines and Georgian Armed Forces.

Slutman was a week and a half from redeploment when an improvised explosive device killed him outside of Bagram Airfield April 8, 2019. He died alongside Sgt. Benjamin Hines and Cpl. Robert Hendriks.

He is survived by his wife, Shannon, and three daughters and is remembered for his courage and commitment to service.