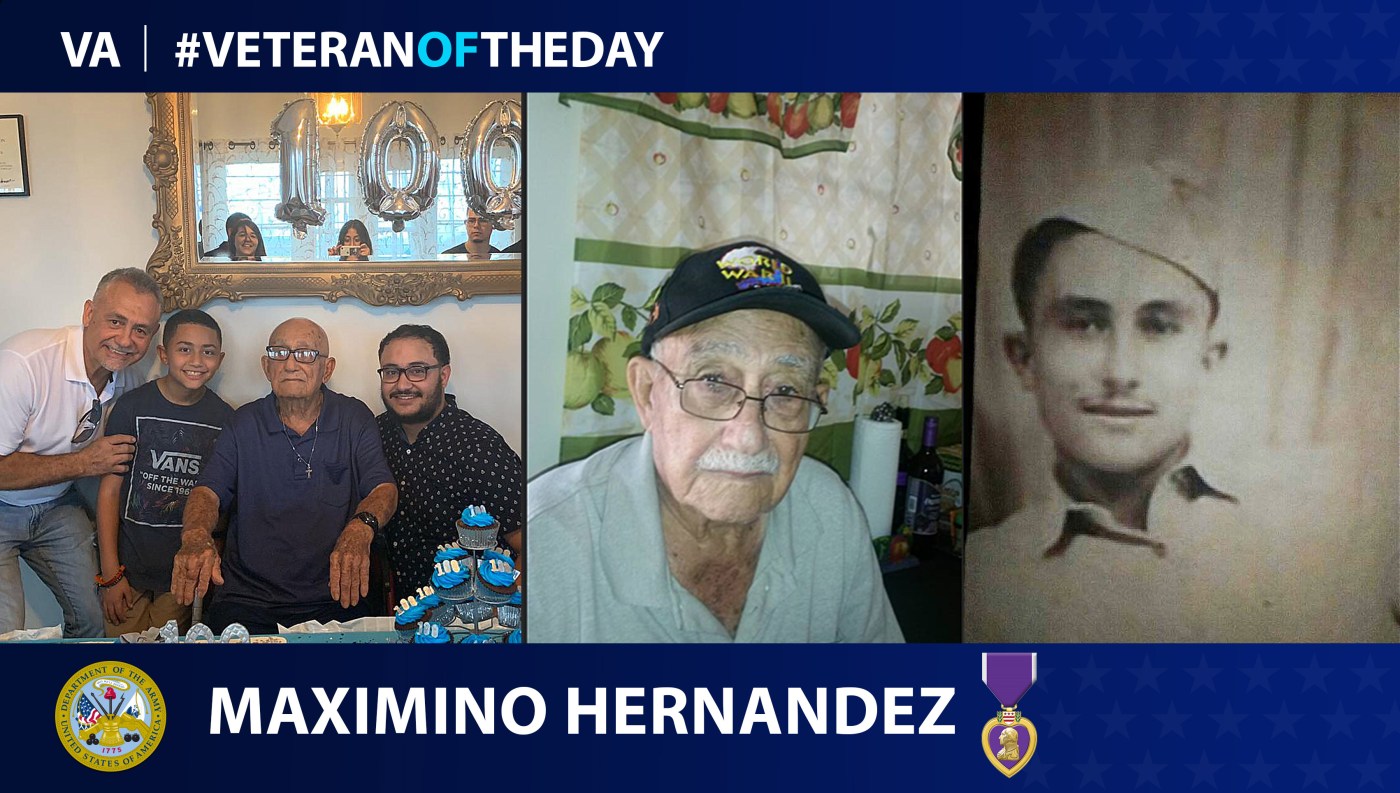 Today’s #VeteranOfTheDay is Army Veteran Maximino Hernandez, who served as an infantryman gunner during World War II and received a Purple Heart.

Maximino Hernandez joined the Army in 1941 and began basic training at Camp Tortuguero in Vega Baja, Puerto Rico. After he completed basic training, the Army assigned him to the 65th Infantry Regiment of Company M, for which he served as an infantryman gunner. Hernandez served until 1945 in campaigns in the Rhineland in western Germany and throughout Central Europe.

Hernandez received several awards during his time in the Army. He received a Purple Heart after being wounded in a vehicle accident during tactical maneuvers. He also earned a Combat Infantryman Badge for engaging in combat. Along with those individual awards, Hernandez received a European-African-Middle Eastern Campaign Medal with two bronze stars for serving in the European Theater of Operations during World War II and an American Defense Service medal with a Foreign Service Clasp for serving outside of the continental United States between Sept. 8, 1939 and Dec. 7, 1941, and a World War II Victory Medal. Hernandez also received seven Overseas Service Bars.

After leaving the Army, Hernandez moved to Wisconsin and worked at a steel casting company. He currently lives in his hometown of Barranquitas, Puerto Rico, with his daughter. Hernandez turned 100 years old in November 2019.