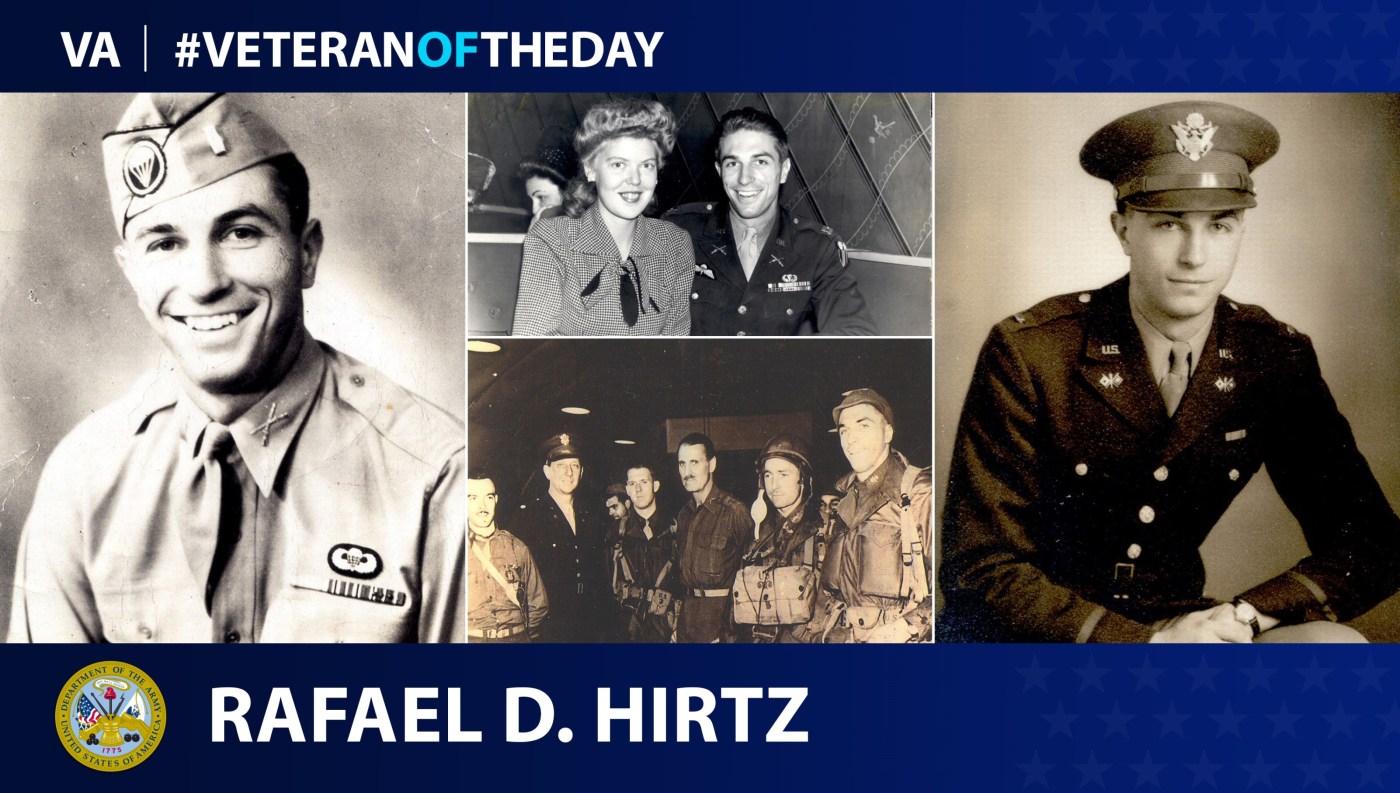 On the day the CIA was created, today’s #VeteranOfTheDay is Army Veteran Rafael D. Hirtz, who served during in the Office of Strategic Services during World War II.

Rafael Hirtz grew up in France and spent much of his early childhood traveling. He visited the U.S. on two occasions before his family made the decision to move permanently to California. Although no longer living in Europe, Hirtz’s family continued to travel back and forth to France and England. This helped Hirtz maintain his fluency in French as well as remain current on French culture and political changes happening in Europe.

After high school, he went to college in California for two years. He enlisted in the Army before finishing college and went to work in the Signals Corps.

His recruitment into the Office of Strategic Services came after Hirtz was told to go into a large tent where about 200 other men were waiting. There, the men were informed that joining the Office of Strategic Services came with a 50/50 chance of survival. Hirtz and two other men stayed. After the meeting, he went to the headquarters and began training for three months.

Some of Hirtz’s missions included going into factories around the Washington, D.C., area and using fake identification cards to take photos.  During any mission, they constantly made contact with headquarters. If something happened where they could not make contact, they would listen to the French or English radio programs that constantly broadcast coded messages.

On Hirtz’s first mission in France, 30 agents and him worked in conjunction with the invasion of D-Day. The mission was to hold bridges as well as to train and organize the French underground and arm them. Before the end of the war, Hirtz also worked with Chinese paratroopers and parachuted behind enemy lines. After his mission to China, Hirtz completed his service in the Office of Strategic Services.

Upon leaving service, Hirtz went on to marry his wife and finished college at the University of California. Hirtz worked for an international firm that his father had also worked for. With the international firm, he was able to continue to travel and develop his love of opera.