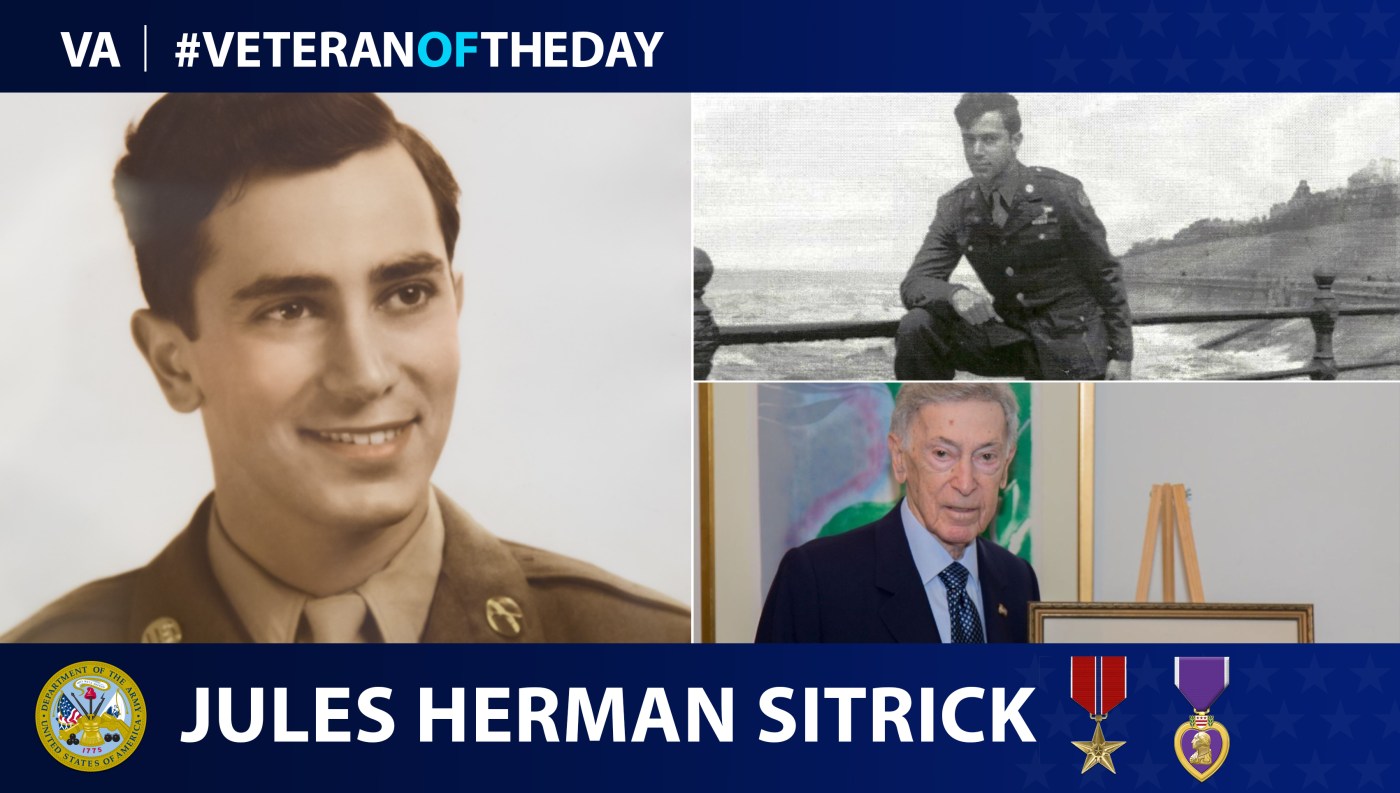 Today’s #VeteranOfTheDay is Army Veteran Jules Herman Sitrick, who fought at the Battle of the Bulge during World War II.

Born in Iowa, Jules Sitrick joined the 83rd Infantry Division at age 18. The Army ordered his division into active military service in 1942.

They were sent overseas in April 1944 and landed on the beaches of Normandy two weeks after D-Day. He was one of the first replacements after the initial D-Day invasion. During the landing, shrapnel wounded Sitrick, but he remained in combat. He went on to fight through Brittany, France, and Luxembourg.

During the Battle of the Bulge, Sitrick came upon a German soldier who shouted, “Don’t shoot! I have three children.” Because he spoke some German, Sitrick captured and lead the soldier to a bombed-out farmhouse in the Ardennes Forest to take refuge from the harsh snow. As other German soldiers sought shelter, Sitrick took their weapons and put them in the corner. Sitrick hid under the see-through steps as soldier after soldier came inside the farmhouse.

“I had a gun on them, and they hadn’t expected me,” Sitrick said.

“It wasn’t a matter of bravery. It was just a matter of doing what I felt I had to do at the time,” Sitrick explained.

Following this event, he went to the hospital for a week for frozen feet.

For his valor, Sitrick received the Legion d’Honneur in 2017 by the French Consulate in Chicago. The award is the highest honor bestowed by the nation of France for military and civil actions.

Sitrick also received a Bronze Star Medal and a Purple Heart for his injuries sustained in combat. After leaving the Army in 1946, Sitrick went on to open his own advertising agency in the Chicago area for clients including the Chicago Cubs. Sitrick passed away at age 93 in January 2019.