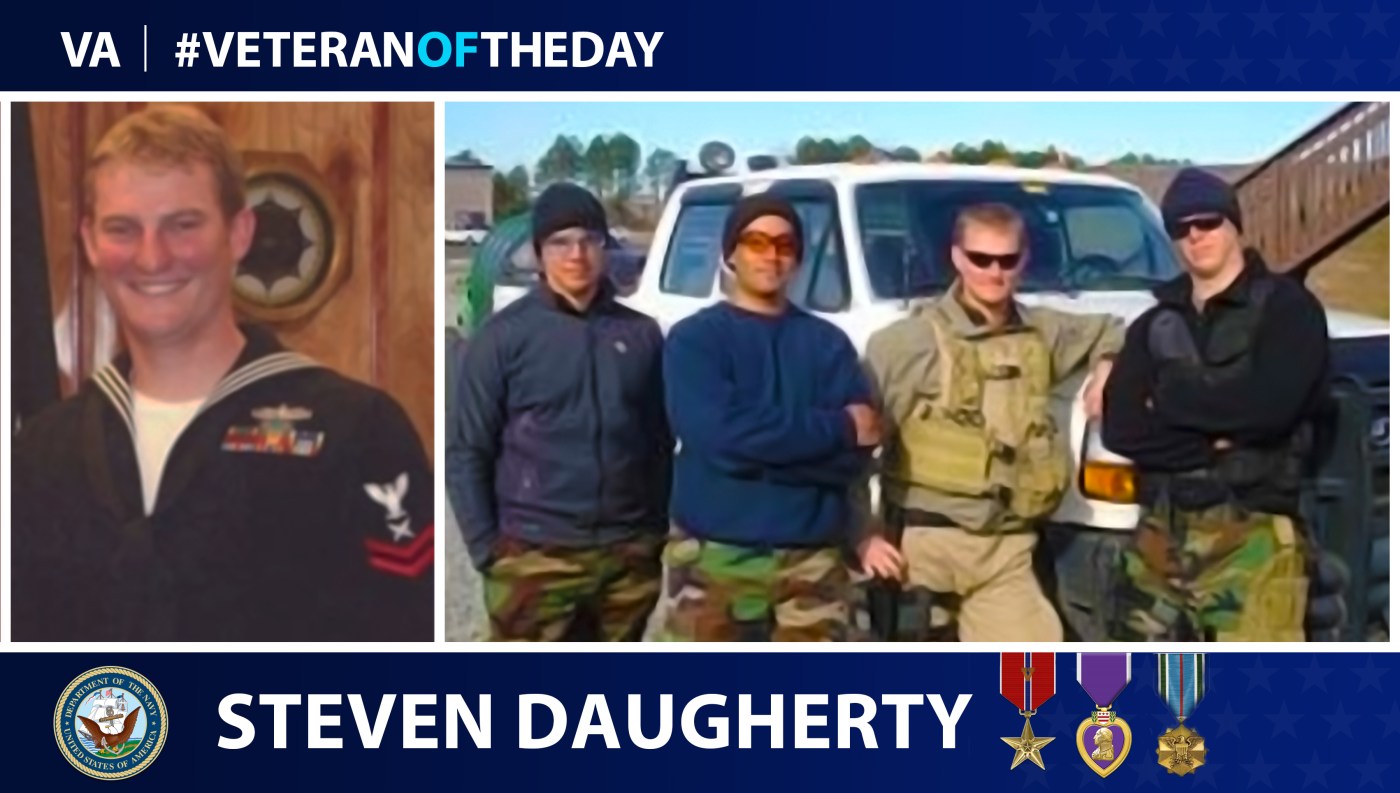 Today’s #VeteranOfTheDay is Navy Veteran Steven Daugherty, who deployed twice in support of Operation Iraqi Freedom and served from 1991-2007.

Steven Daugherty was born in 1979 and grew up in Barstow, California. In 1997, he graduated from Barstow High School and continued his studies at his local community college. Once he received his associate degree from Barstow Community College, Daugherty enlisted in the Navy.

Like many, Daugherty saw a career in the Navy as an opportunity to travel the world and grow as an individual. He enlisted and completed basic training at Recruit Training Command, Great Lakes, Illinois. For additional training, Daugherty reported to Naval Technical Training Center Detachment at Fort Meade, Maryland, and Naval Intelligence in Pensacola, Florida.

From 2004-2007, he served at Naval Security Group Activity based in Norfolk. He then reported to the Navy Information Operation Command Tactical Communications System Special Warfare. Daugherty served with Naval Special Warfare Group 2. He provided intelligence support to the SEAL teams he worked with.

On July 6, 2007, Daugherty was conducting combat operations near Baghdad when the vehicle he was riding in hit an improvised explosive device. Daugherty died on his second tour in Iraq.