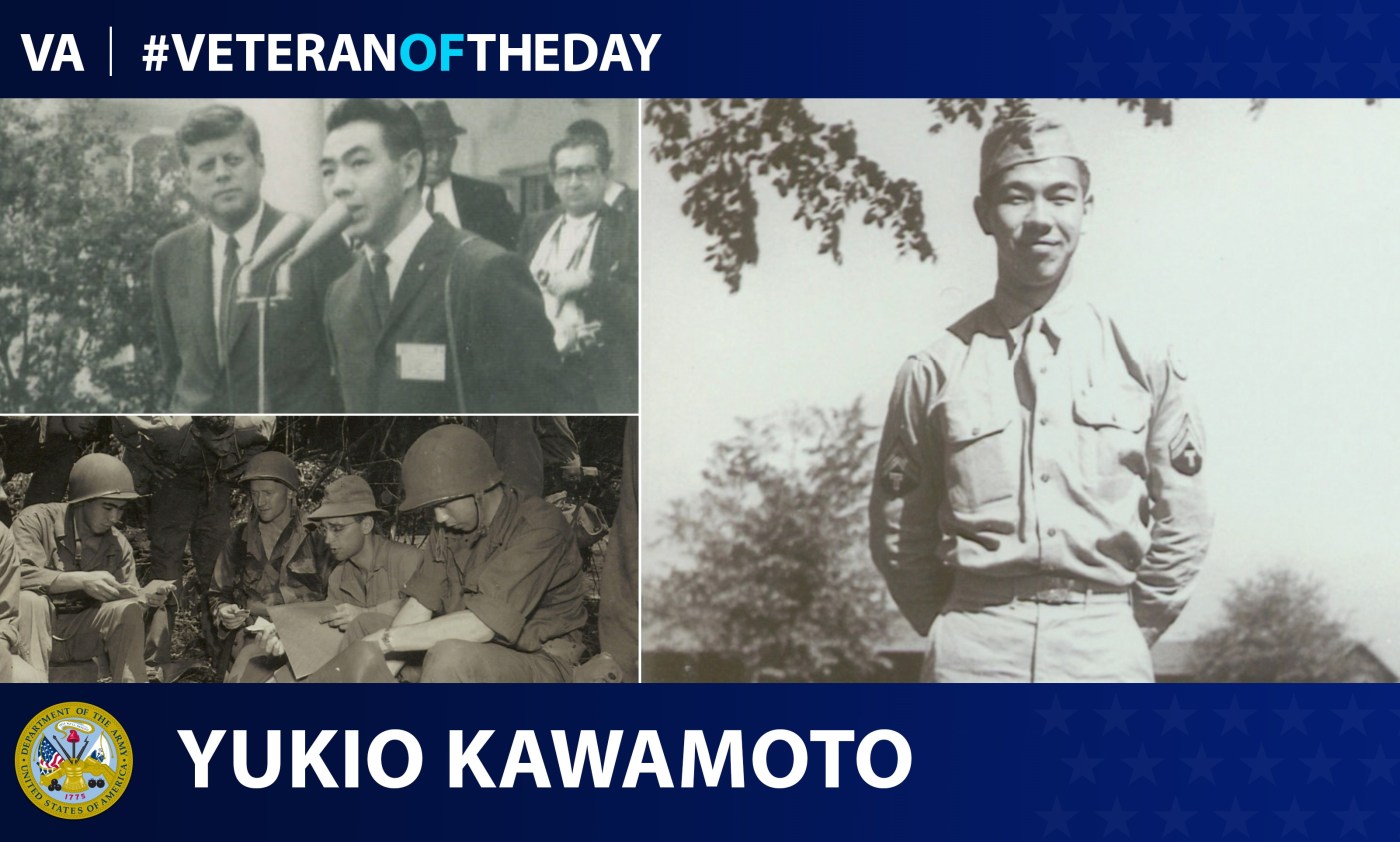 Today’s #VeteranOfTheDay is Army Veteran Yukio Kawamoto, who served as a translator during World War II and for President John F. Kennedy.

Yukio Kawamoto was born in November 1919 in California. His parents were both from Hiroshima. His father was a handyman at a girl’s private school while his mother was a Japanese teacher. Kawamoto’s mother taught him fluent Japanese.

Kawamoto attended college at the University of California. However, the Army called him to service in February 1942. Kawamoto completed basic training at Camp Robinson where he was with other Japanese Americans. During his time in the military, Kawamoto’s parents went to the Topaz War Relocation Center in Utah. Many Japanese American families from the San Francisco Bay Area were at that camp. Before being shipped overseas, Kawamoto visited his parents two times while on furlough.

Due to his exceptional language skills in Japanese, Kawamoto worked as a translator in the 37th Infantry Division. He served at Bougainville near Papua New Guinea in the Pacific for one year. During his time there, Kawamoto saw combat and recalled the dangers of urban warfare. After 20 months of service, Kawamoto received an emergency furlough to assist his parents in readjusting to civilian life. In August 1945, the Army discharged him.

After his service, Kawamoto spent his time helping Japanese Americans interned at camps re-acclimate to life.  In May 1946, he worked in Japan with the defense division and also met his wife, Sayoko. He returned to the United States in September 1948. He went on to work for the U.S. Department of State in Washington, D.C., at the Division of Language Services, where he was the sole language expert in Japanese. Kawamoto also translated for President John F. Kennedy and represented the United States at various conferences and events.

You can learn more about Kawamoto’s experiences during World War II at  http://memory.loc.gov/diglib/vhp/story/loc.natlib.afc2001001.07420/ .