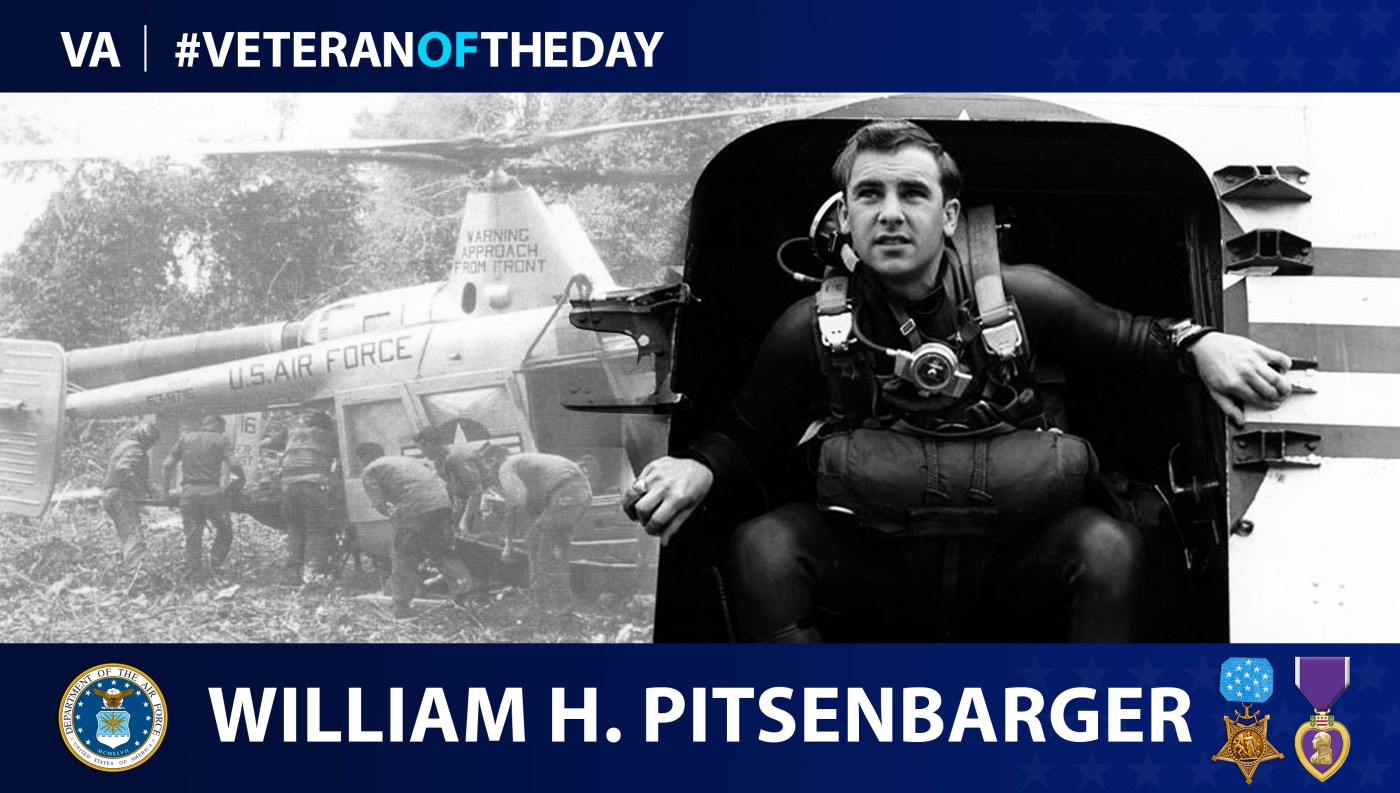 William Pitsenbarger grew up in Piqua, Ohio, and dreamed of quitting high school to join the Green Berets. However, he remained in school. After graduating in 1962, Pitsenbarger joined the Air Force.

Pitsenbarger began his service in a series of rigorous military schools. These schools included U.S. Army parachute school, survival school, rescue and survival medical course and the U.S. Navy’s scuba diving school. Three years after joining the Air Force, Pitsenbarger arrived in Vietnam in August 1965. Here, he would complete missions as part of Detachment Six of the U.S. Air Force’s 38th Aerospace Rescue and Recovery Squadron. On Pitsenbarger’s path serving as a pararescueman, he completed more than 250 missions.

During one of his missions in Saigon, Pitsenbarger hung from an HH-43’s cable to rescue a wounded South Vietnamese soldier from a burning minefield. His actions earned him an Airman’s Medal and the Republic of Vietnam’s Medal of Military Merit and Gallantry Cross with bronze palm.

Pitsenbarger was killed in action April 11, 1966. A battalion of Viet Cong surrounded 134 soldiers from the First Infantry Division in the thick jungle near Saigon. Due to the rapidly increasing casualties and injuries, the only way to evacuate the wounded from the dense battle zone was with the U.S. Air Force HH-43 Huskie helicopters. Pitsenbarger volunteered to be lowered to the ground to help despite being under fire.

Integral to the mission, Pitsenbarger rescued nine Soldiers on several trips. When it came time to return to the helicopter, he chose to remain and help the troops. While on the ground, he helped deliver ammunition and give aid to the surviving Soldiers under fire. During the battle, he was mortally wounded. He was 21.