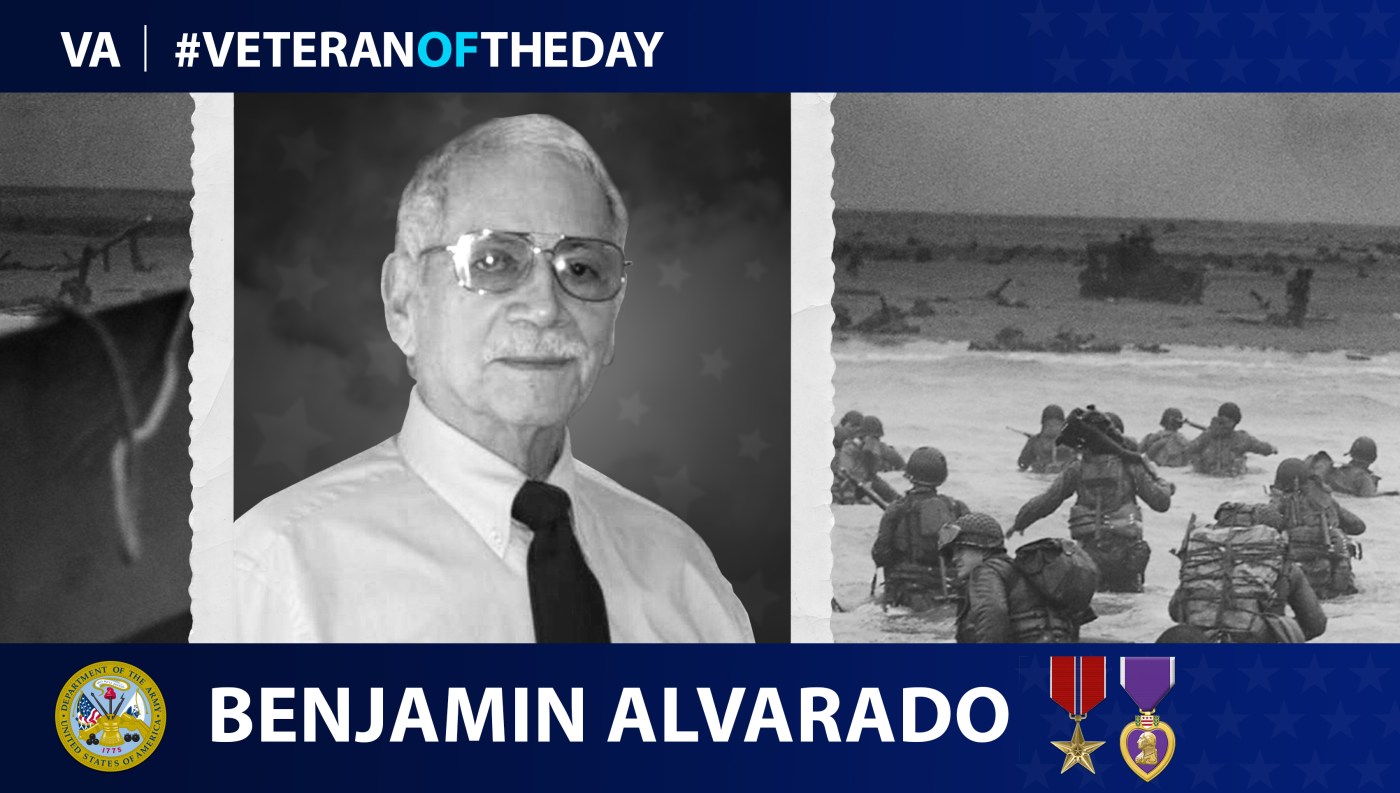 Today’s #VeteranOfTheDay is Army Veteran Benjamin Alvarado, who served from 1943-1945 as an infantryman for General George S. Patton’s Third Army.

Benjamin Alvarado was born in 1924 in Argentine, Kansas, a neighborhood inside of Kansas City. Raised alongside his two siblings by his aunt and uncle after his parents’ deaths, the Army drafted him in 1943. He served in the 317th Infantry Regiment of the 80th Infantry Division.

Alvarado took part in the allied invasion of Normandy, France. Having landed on Omaha Beach in the second wave, Alvarado witnessed firsthand the brutal fighting that allowed allied forces to advance further into Germany-occupied France. While in St. Genevieve, France, Alvarado and his three comrades took cover and hid from shelling in a farmhouse. Following the shelling, heavily armed German soldiers occupied the farmhouse that Alvarado and his comrades took cover in. This forced them to take desperate measures to ensure their personal safety, hiding in animal manure for three days.

Alvarado sustained shrapnel related injuries in a battle near Moivron, France on September 26, 1944. Following his recovery in England, Alvarado served in the non-combative 129th Military Police in Germany until the end of the War. In the duration of his service, Alvarado received a Bronze Star Medal, a Purple Heart Medal and several campaign medals

Alvarado returned to civilian life to have a long and loving marriage, a successful career in advertising and a renewed interest in his personal faith. He passed away peacefully in the company of his wife on Jan. 26, 2015.