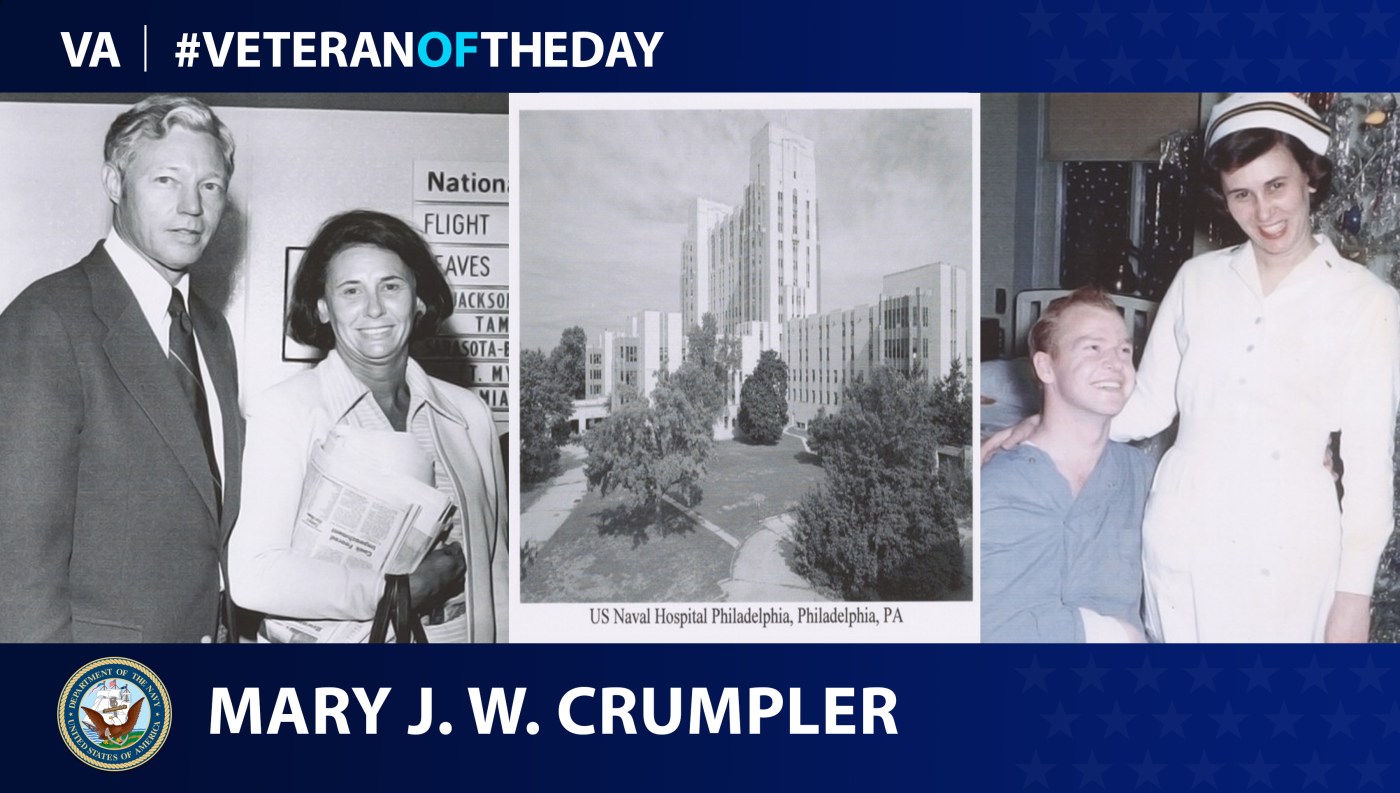 Mary Jane Wilcox Crumpler was born in Iowa. Crumpler served in the Navy Nurse Corps from 1952 to 1955, most notably during the Korean War. She was commissioned at the Philadelphia Naval Hospital in Philadelphia, Pennsylvania where she cared for wounded Marines. By the end of her service, Crumpler had achieved the rank of lieutenant. Crumpler met her future husband, an Air Force pilot named Carl, in Philadelphia in 1953.

After her service with the Navy Nurse Corps, Crumpler moved around wherever her husband served, including Okinawa, Michigan, New York, Iran, and Florida.

Crumpler’s husband’s plane was shot down July 5, 1968, during the Vietnam War. He became a prisoner of war.

As the wife of a POW, Crumpler became active during and after the Vietnam War raising awareness of the situation of prisoners of war and missing in action through speeches and other public events. She joined the National League of Families, participating in local speaking engagements, letter writing campaigns, and the bracelet campaign for POWs and MIA service members.

Crumpler reunited with her husband in Montgomery, Alabama in 1973 at Maxwell Air Force Base. She met periodically with other POW families over the years.

Watch an interview with Carl Crumpler: