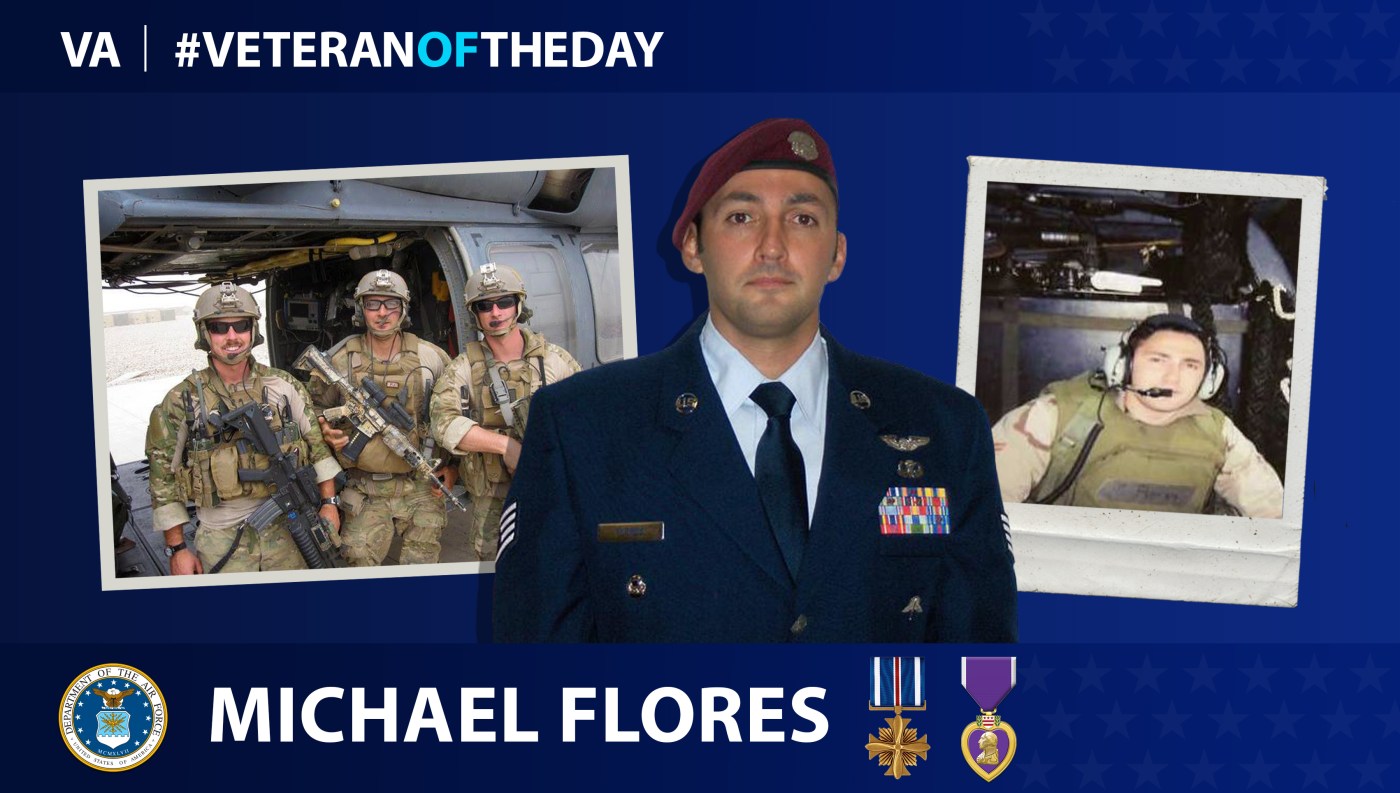 Today’s #VeteranOfTheDay is Air Force Veteran Michael P. Flores, who served as a pararescueman and was killed in action in Afghanistan June 9, 2010.

Michael Flores graduated from John Marshall High School in San Antonio, Texas, in 1997 and immediately enlisted in the Air Force. After completing basic training, he volunteered for the pararescue indoctrination course. Pararescuemen recover and provide medical treatment to people in humanitarian and combat environments. They also organize, train and equip to conduct personnel recovery operations in hostile or denied areas.

Flores earned top grades in the program and went on to complete the two-year long training pipeline. After completing his pararescue training, Flores served with the 48th Rescue Squadron at Davis-Monthan Air Force Base in Tucson, Arizona.

He deployed to Afghanistan as part of Operation Enduring Freedom in March 2002. For his bravery during an aerial operation, Flores received the Distinguished Flying Cross.

Flores again deployed to Afghanistan. On June 9, 2010, he and a fellow member of the 48th Rescue Squadron went on a medical evacuation mission with Marines. They traveled by helicopter to Helmand province in southern Afghanistan to provide support for British troops. Insurgents shot down their HH-60G Pave Hawk helicopter, killing Flores and three other Marines.

He received a Purple Heart and promotion to technical sergeant after his death. He was buried with honors at Fort Sam Houston National Cemetery in San Antonio, Texas, June 19, 2010.