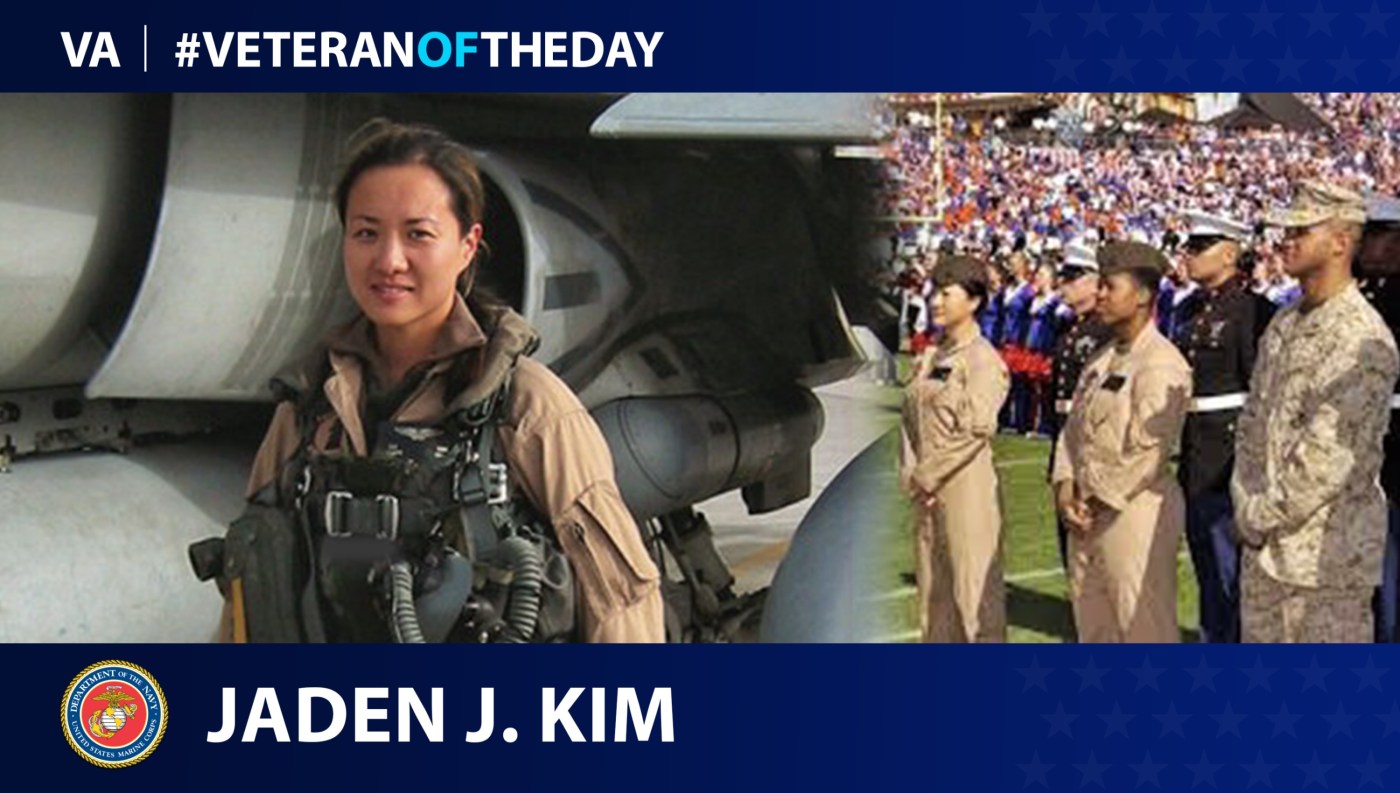 Today’s #VeteranOfTheDay is Marine Veteran Jaden J. Kim, who deployed multiple times as a pilot to Kyrgyzstan, Afghanistan and Iraq.

Born in Seoul, South Korea, Jaden Kim moved to California in 1976 at the age of 3. In high school, she was drawn to the Army until realizing that she she wanted to be a Marine.

Within her first week of officer candidate school, she fractured her ankle, which made training immensely painful. After completing her training, she moved on to flight school.

Kim’s first deployment was in April 2002 to Manas Air Base, Kyrgyzstan. Her squadron flew missions over Afghanistan for six months until returning to the United States in October 2002.

Kim deployed again in 2003 for Operation Southern Watch, which consisted of round-the-clock operations, split into night and day shifts.

“After flying those kinds of missions for six months, by the time we got to Iraq, it really didn’t seem that big a deal,” she said. “The only difference was that you were really getting shot at every day. The amazing thing about it is that–I can’t really speak for anybody else, but for me, it didn’t bother me that much because I was so focused on trying to get the mission complete. For us, we knew that a lot of our work… was going to be battlefield preparation. Before our guys on the ground can move in, we want to make sure that anything that can hurt them… is knocked out and out of the way.”

Kim was always looking for ways to support the troops on the ground.

“It was more than my fate–the overriding emotions and concerns, that came from all the aviators that I served with, was really about the guy on the ground, and the other people that we needed to support. And a sense of failure if we couldn’t do what we needed to do….”

Kim returned to the U.S. in May 2003 and stayed with her squadron for some time to help train replacements. Kim stressed the importance of camaraderie within a squadron. Squadrons often include around 180 enlisted Marines who make sure all of the jets are flight ready.