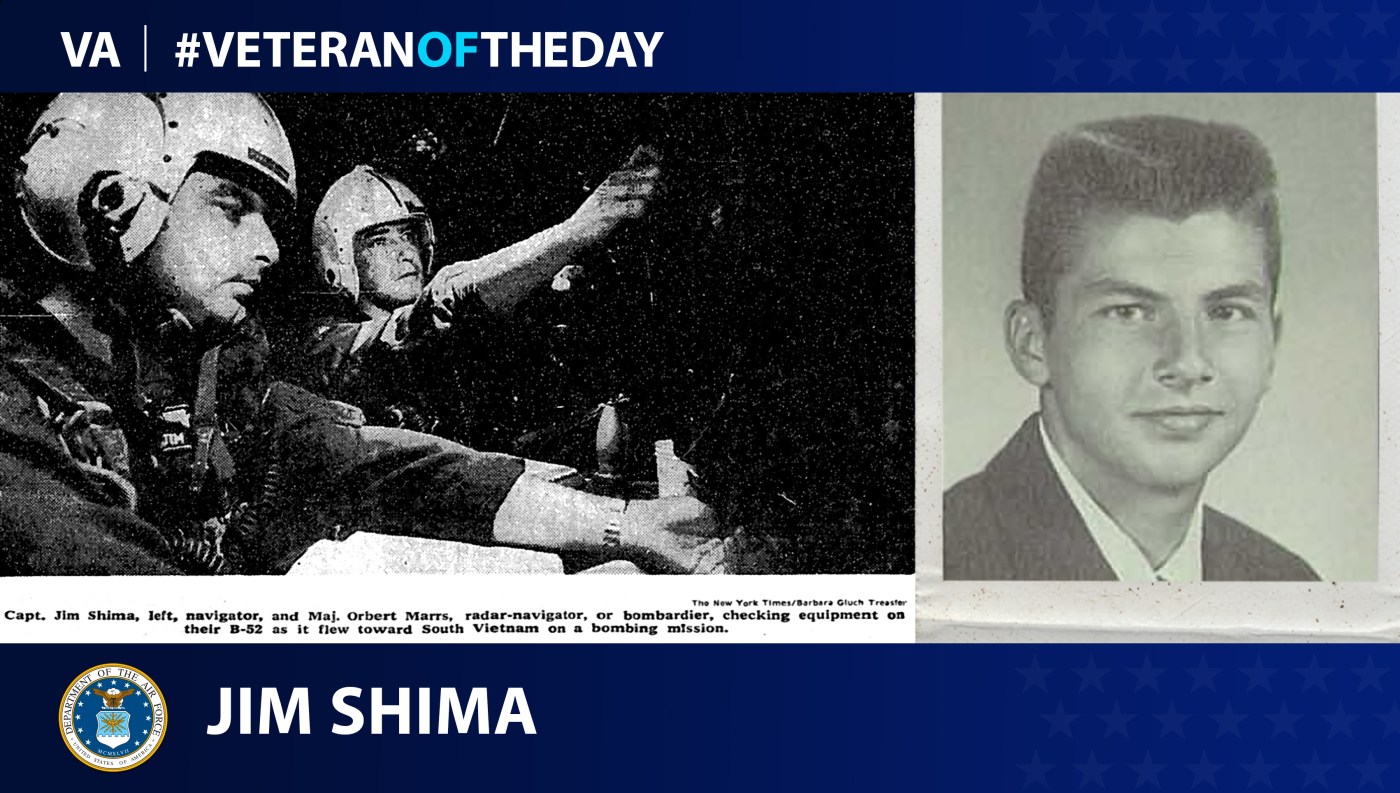 Today’s #VeteranOfTheDay is Air Force Veteran Jim Shima, who navigated B-52 bombers during the Vietnam War and retired as a lieutenant colonel.

After graduating high school, Jim Shima joined the Air Force ROTC program at The Ohio State University before joining the Air Force. In 1968, he deployed to Vietnam with a B-52 Bomber crew providing close air support and bombing the Viet Cong.

In February 1972, he went to Guam during Operation Arc Light. B-52s carried a six-man crew. As the navigator-bombardier, Shima squeezed into a lower, windowless compartment towards the rear.

Shima and his crew spoke with a New York Times reporter for an article published Oct. 13, 1972.  The article described the crewmen as intelligent family men who took pride in their work. They were highly skilled technicians trained for missions involving nuclear weapons.

The crewmen explained how the preparation and execution of their missions exhausted them. They studied their mission plans at 7:35 a.m. and did not go through final debriefing until 17 hours later.

One mission took six hours and 14 minutes to complete. It involved dropping 32,500 pounds of high‐explosive bombs toward South Vietnam. Shima worked with ground controllers, who acted as guides. He then calculated the drop time before calling out “hack” to his pilots, telling them to release the bombs.

Shima continued his service in the Reserves. In 1992, he retired at the rank of lieutenant colonel. He and his wife Judith had two daughters and he took a stockbroker position at Merrill in St. Petersburg, Florida. Before he retired, Shima worked with the Salvation Army for 15 years. He now lives in Sacramento near his daughter, Lori.