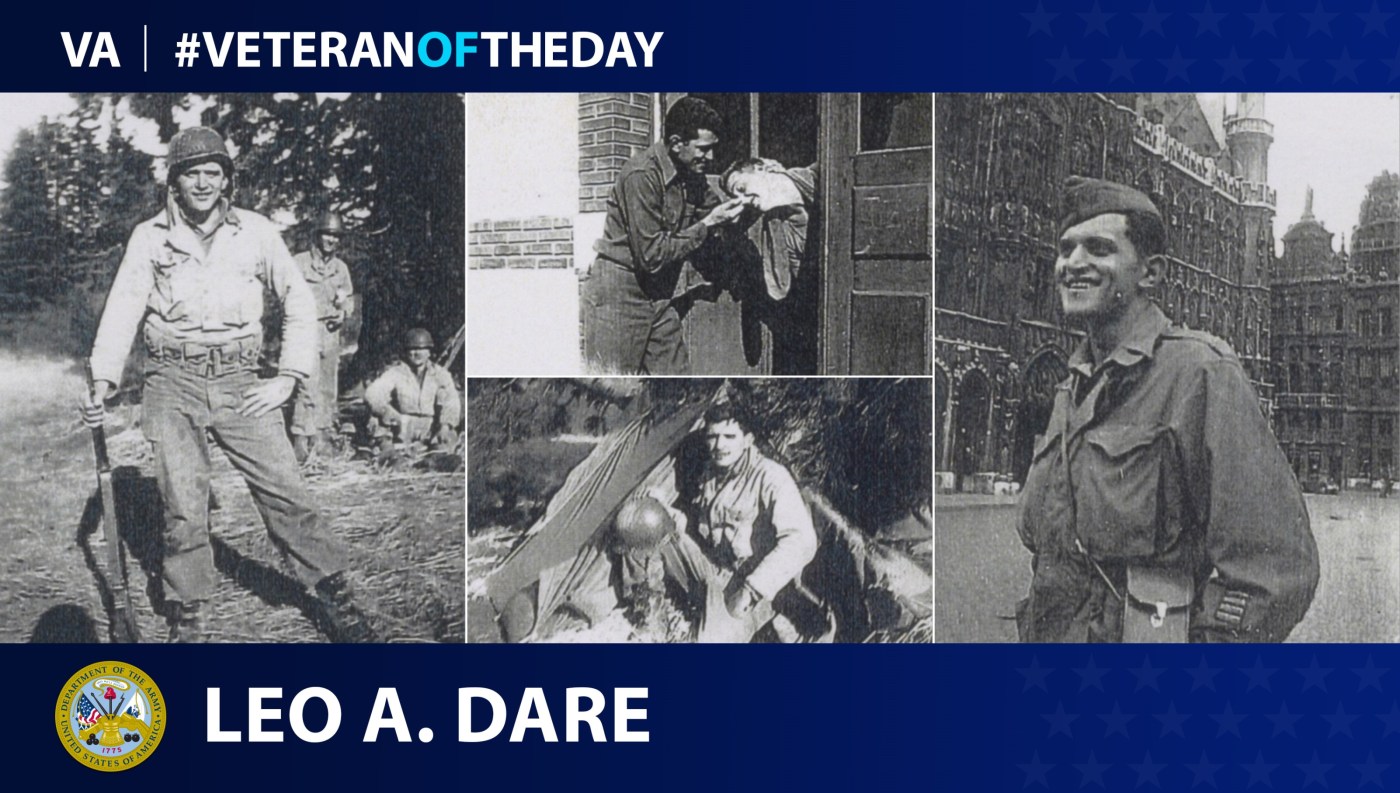 Today’s #VeteranOfTheDay is Army Veteran Leo A. Dare, who served during World War II as part of the 347th Combat Engineers.

The Army drafted Leo Dare in 1942. He went to England in 1944 in preparation for D-Day. While in England, he spent four weeks sequestered from the civilian population so that no news of the invasion would get out. During this time, Dare and his fellow soldiers entertained themselves by playing games such as football, baseball, and other athletic competitions. They also practiced many dry runs of the invasion. On the day they were set to invade, Dare thought it would just be another dry run. Dare landed on Normandy Beach on D-Day plus eight hours.

As an engineer, Dare built bridges, laid mines, and cleared minefields. He worked construction before the war with his father, so he already had the needed experience. In November 1944, Dare’s unit went to the north of France to build a bridge to cross the Moselle River. The bridge was booby trapped and Dare suffered injuries during the explosion. He recovered and returned to his regiment.

During the Battle of the Bulge, Dare’s unit served as infantry. Later, when Dare’s unit and the rest of Patton’s 3rd Army reached the Rhine River, Dare helped build a 3,000-footbridge so that the soldiers could cross to the other side. After completing the bridge, Dare watched as Patton gave a speech and led a ceremony in celebration of the river crossing.

Dare then headed to the Austrian border to rejoin his regiment. When he was close to the border, Dare spotted a group of Nazi soldiers heading toward them waving the white flag of surrender. He realized the war was over. He traveled to Belgium before discharge and return to Cleveland, Ohio.