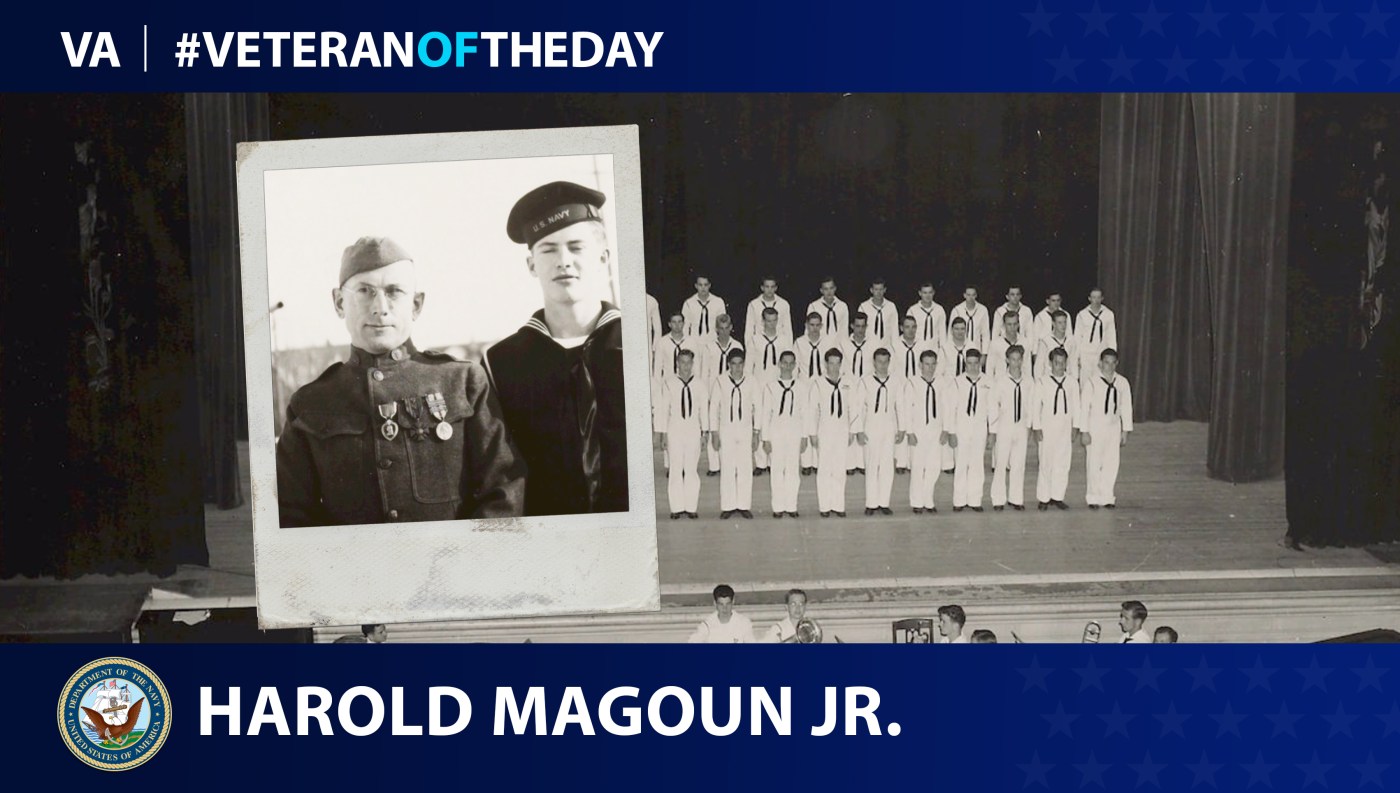 Today’s #VeteranOfTheDay is Navy Veteran Harold Ives Magoun Jr., who joined the V-12 program and served during World War II from 1944 to 1946.

When Harold Magoun was 17 years old, he joined the Navy’s V-12 program. His father was a decorated ambulance driver in World War I, and Magoun wanted to follow in his footsteps. He was also very patriotic and wanted to join the Navy. He decided to take a qualifying test and was sent to Southern Methodist University for the V-12 program.

The program accepted Magoun into the pre-medical training program. His sister was going to a different university but decided to transfer to Southern Methodist so she could be close to her brother. Magoun spent some time with her while he was training. On the first day of training, he had to drill in 114-degree weather, causing several of his fellow trainees to pass out.

Magoun spent most of his days studying; however, he was able to participate in athletics. He lettered in track. One time, he was waiting for a course to start when a young, attractive girl walked in. All the guys in the class whistled at her until they found out she was the teacher. She assigned them an essay to write that night on their first impressions of the class. Magoun and a couple of his friends in the course got together and decided they would write an essay on their teacher. However, Magoun was the only one who ended up writing about her, and he earned a C minus on the paper.

He also played the bugle during his time in the program, as his dad had brought one back from World War I. The day the war ended, Magoun went to church, and there were only four people at the church service because everyone else was celebrating and dancing in the streets. After finishing the program in 1946, he went to osteopathic school and began practicing with his father.