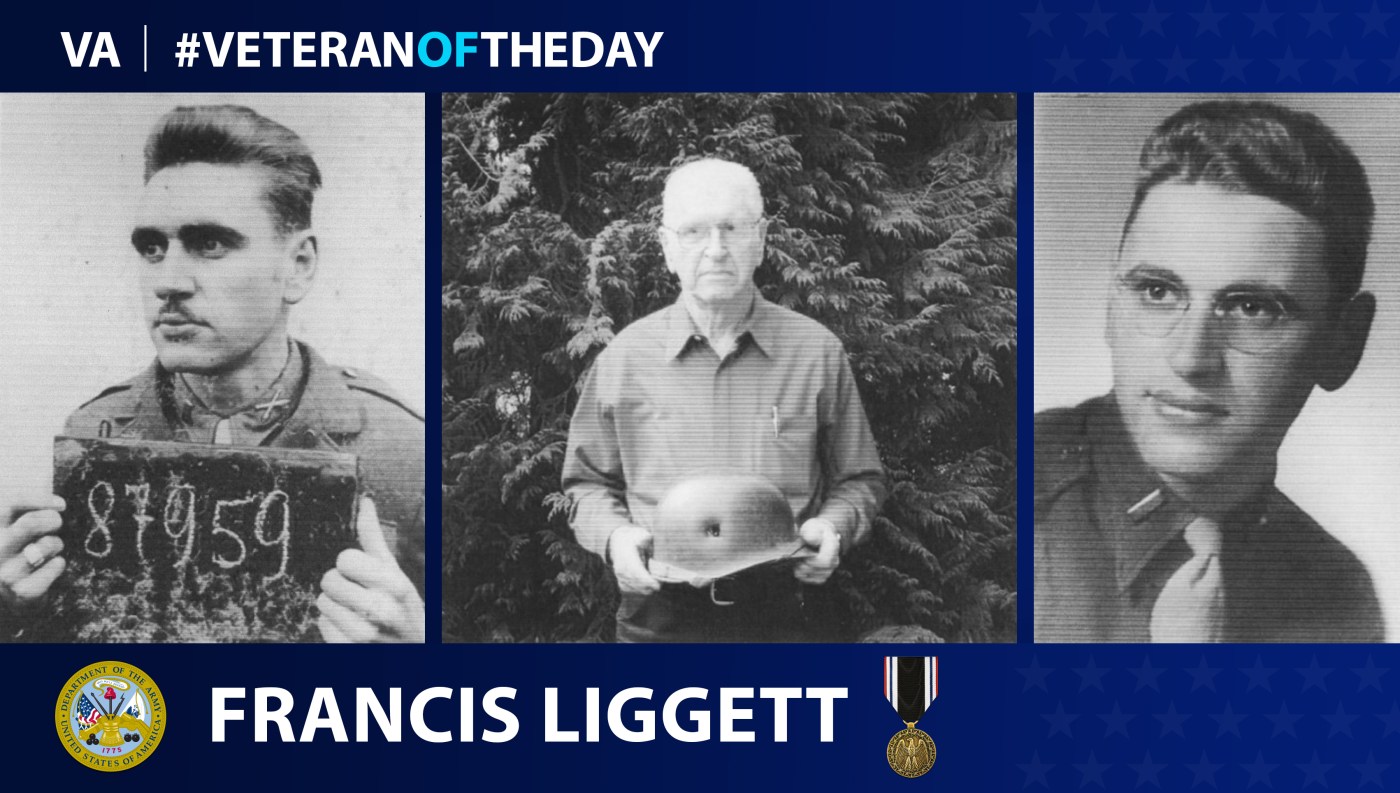 Today’s #VeteranOfTheDay is Army Veteran Francis Eugene Liggett, captured as a prisoner of war by the Germans during World War II.

During college, Francis Liggett joined the Reserve Officers Training Corps and commissioned in 1942. He received a deferment until his graduation in 1943. Liggett then went to Fort Sill, Oklahoma, for field artillery training. He then went to Camp Shelby, Mississippi, and served with the 65th Infantry Division, who soon deployed overseas.

In order to avoid German submarines, the ship he travelled on zig-zagged every seven minutes. Liggett landed in Casablanca and soon joined the French Foreign Legion, engaging in intense physical training on obstacle courses. Once, Liggett had to walk across a rope while live charges exploded beneath him. After completing this training, Liggett went to Italy. He served with the 45th Infantry Division.

Liggett traveled ahead of troops, observed the enemy and radioed back for artillery fire to a certain location. At one point, Liggett engaged in an intense fight on a hilltop with the Germans. They had more tanks than the Americans, so Liggett called for more artillery, joined the fight, and shot his radio so that the Germans were unable to use it. Eventually the fight died down. Later, Liggett heard the sound of a tank as it started shooting at him.

The Germans captured and sent him by a train car to a German prisoner-of-war camp, Stalag 12-A. He received a loaf of bread as a ration for the whole trip. He used a bucket as both a drinking cup and a bathroom, which caused many of the men to get dysentery. When he arrived at the prisoner of war camp, Liggett did not receive many food rations there either. The Germans were conscious of rank and gave the best food to higher ranking soldiers. Since he received a thin blanket and a few small buckets of coal to heat a large building, Liggett was also very cold most of the time. When the Russians began to advance, the Germans moved Liggett and the other prisoners to Berlin before force liberated them.

The Army discharged Liggett in 1946.