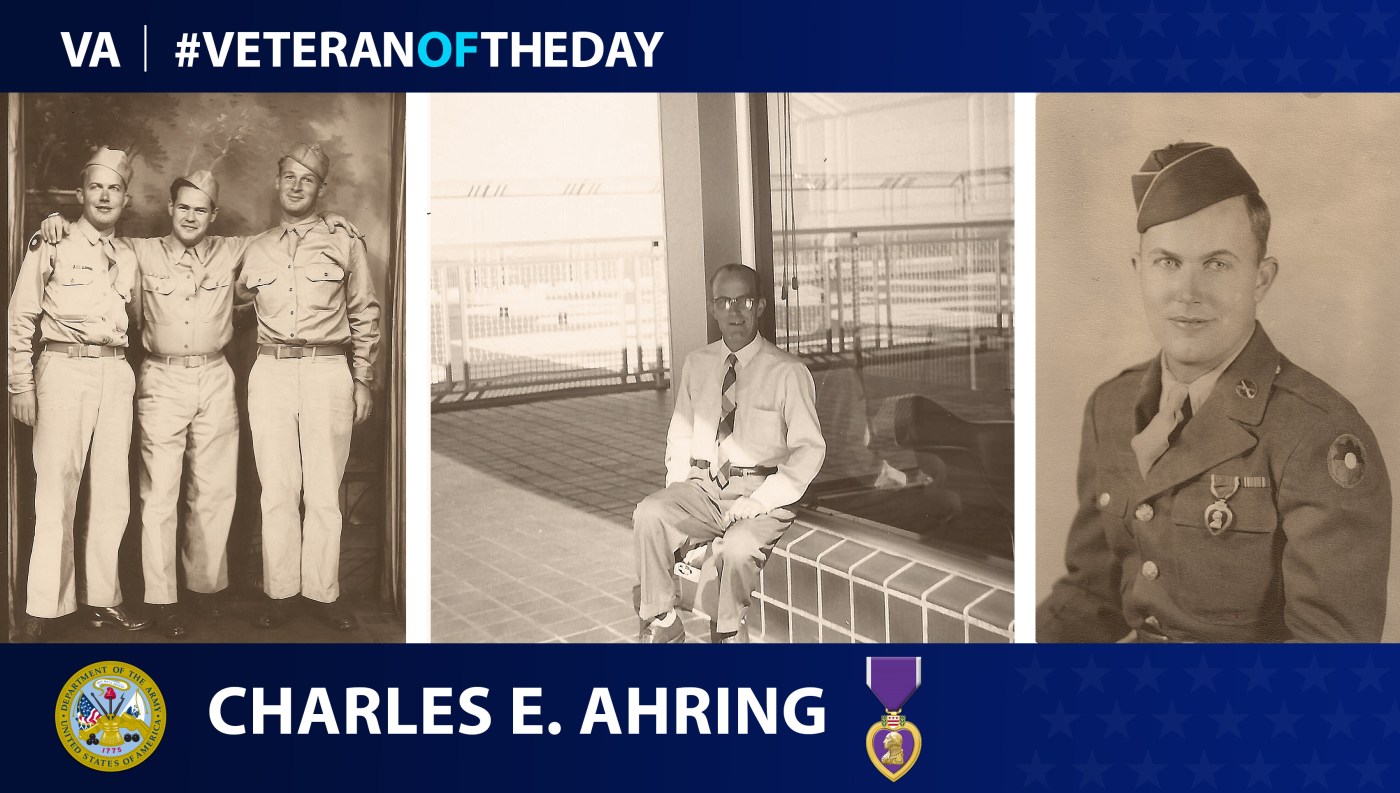 On the anniversary of the start of the Battle of Kasserine Pass, today’s #VeteranOfTheDay is Army Veteran Charles E. Ahring, who was wounded in the battle.

Charles E. Ahring was the fifth of six siblings with four older sisters and one younger brother. In 1942, the Army drafted him.

He went through basic training at Fort Leonard Wood, Missouri. He then served with the 39th Infantry Regiment, 9th Division in Fort Bragg, North Carolina.

Ahring’s unit took part in the Allied invasion of North Africa. In February 1943, Ahring’s received a severe wound to his right jaw during the Battle of Kasserine Pass, which left him without the ability to chew. With the help of a fellow American soldier, he evaded German capture. They found refuge with a local farmer, who fed Ahring yogurt through a straw.

After finding his way to an Army field hospital, Ahring transferred back to the United States. He recovered from his wound at an Army hospital in New Jersey, receiving a Purple Heart. The Army discharged him at the rank of private in 1946.

In the late 1940s, Ahring worked for the U.S. Department of Agriculture. He delivered necessary supplies to fight off the plague of grasshoppers threatening crops in the Great Plains. He moved to Denver, Colorado to work for the U.S. General Services Administration until his retirement in 1973.