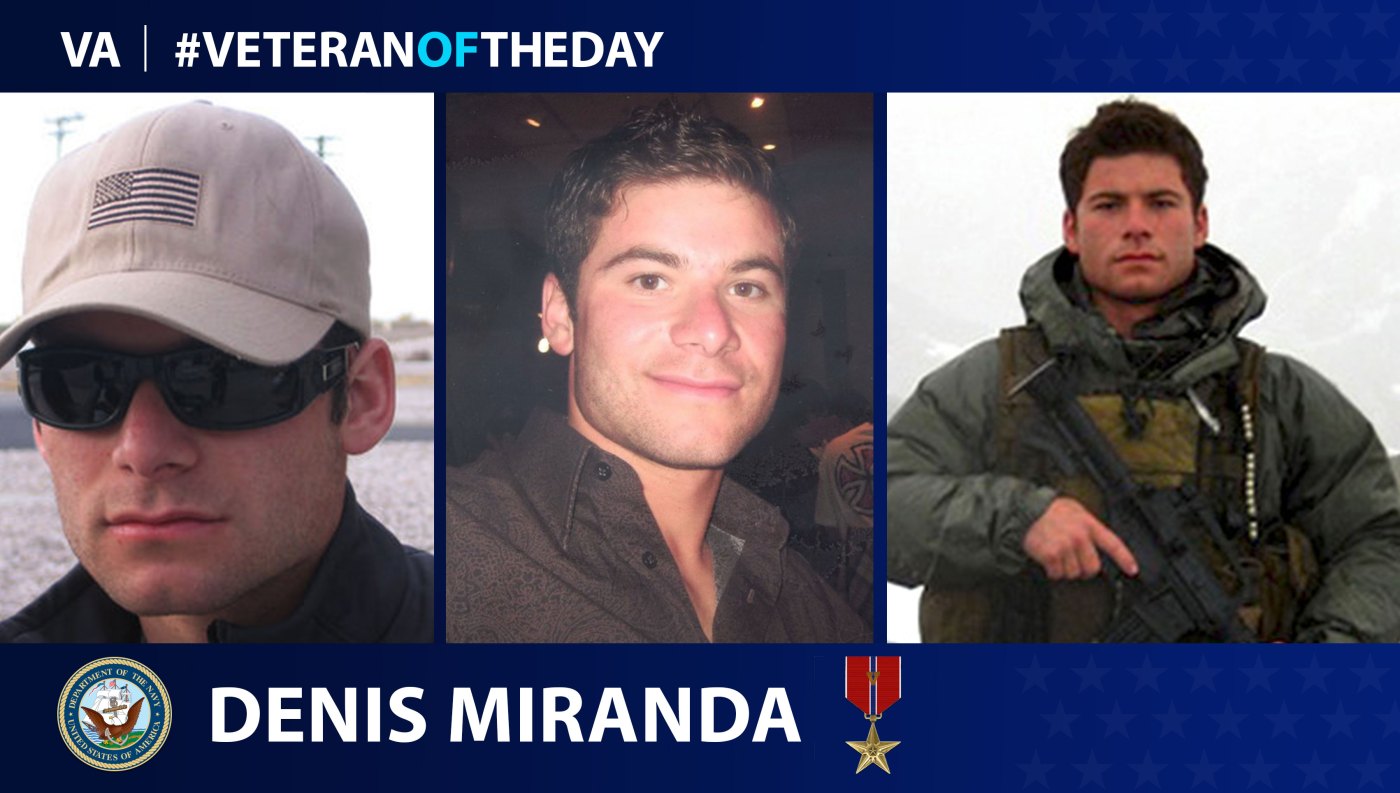 Today’s #VeteranOfTheDay is Navy Veteran Denis Miranda, a SEAL who served from 2003-2010 before dying in a helicopter crash.

Denis Miranda was born in December 1985 in Argentina before his family immigrated to the United States in 1987. He grew up in Toms River, New Jersey, and attended Toms River High School East. Miranda swam for his high school team.

After graduating high school, Miranda enlisted in the Navy and entered basic training in September 2003. He subsequently attended aviation technical training in Pensacola, Florida. Miranda completed his first assignment as an aircraft mechanic with Patrol Squadron 8 in Jacksonville, Florida.

Miranda decided to try out to become a SEAL. Before beginning his Navy SEAL career, Miranda attended Naval Hospital Corpsman School. He entered Basic Underwater Demolition/SEAL training in July 2007 and completed the grueling training in April 2008. From April until October, Miranda attended advanced SEAL training before receiving an assignment with SEAL Team 4 at Naval Amphibious Base Little Creek, Virginia.

On Sept. 21, 2010, Miranda died in a UH-60 Black Hawk helicopter crash during combat operations in Qalat, the capital of the Zabul Province, Afghanistan. For his actions in support of Operation Enduring Freedom, Miranda posthumously received a Bronze Star Medal. In 2017, Toms River High School East created a memorial wall for the military as well as a special display for Miranda and other military graduates.