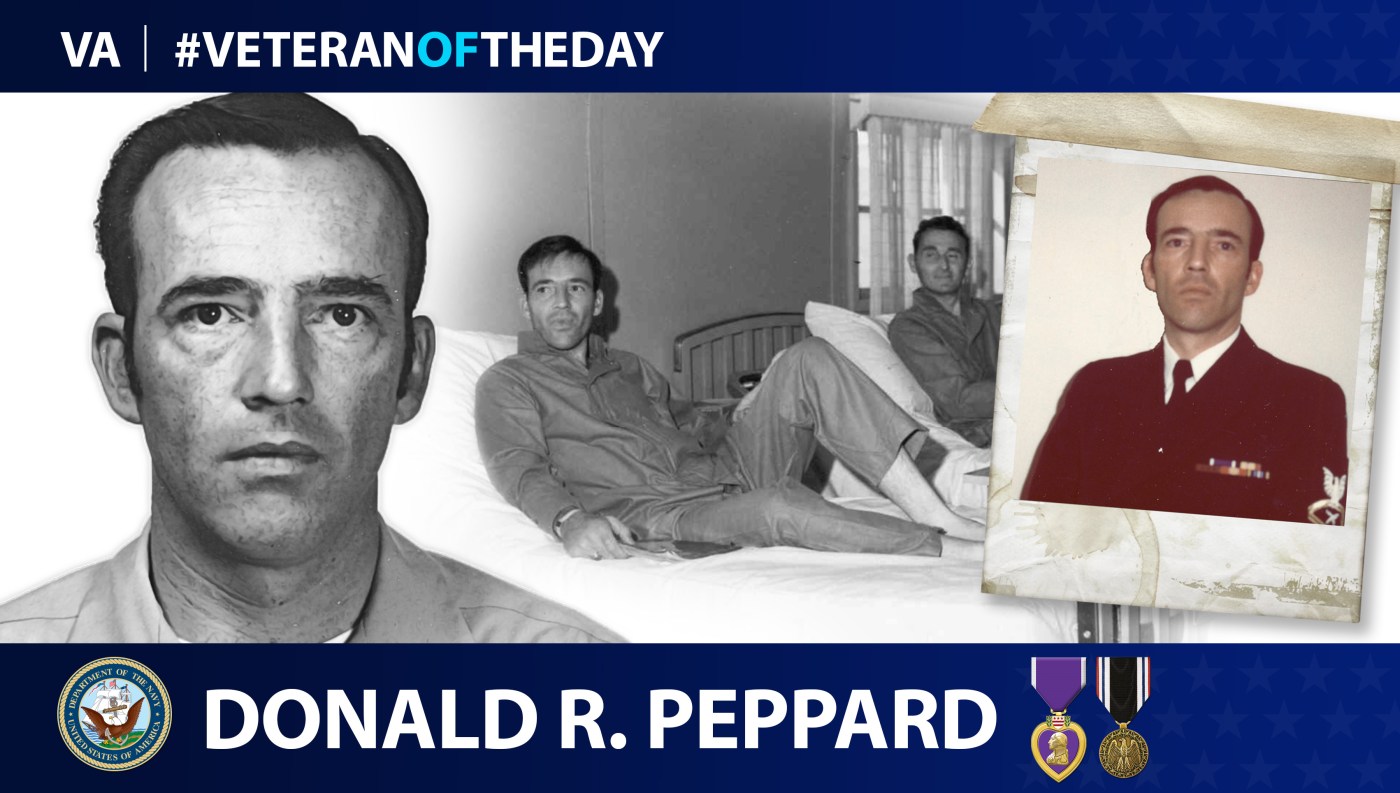 On the anniversary of the USS Pueblo incident, today’s #VeteranOfTheDay is Navy Veteran Donald Richard Peppard, who served aboard the ship.

On Jan. 23, 1968, North Korea seized the crew of the USS Pueblo, taking Donald Richard Peppard and his fellow sailors captive. After initially refusing to follow the aggressing North Korean forces, the North Koreans used lethal force, killing one sailor and injuring several others. After the North Koreans boarded the ship, they forced it to the port of Wonsan.

For the span of 11 months from Jan. 23, 1968, to Dec. 23, 1968, North Korea held Donald Richard Peppard along with the other surviving crewmembers of the USS Pueblo in internment camps just outside Pyongyang. Peppard recalled his imprisonment at the hands of the North Korean officers. In order to abstain from divulging confidential information, Peppard referred to himself as a typewriter, a half-truth considering his true position as a cryptologic technician. The North Koreans told Peppard they would execute him the morning following his interrogation for not cooperating. Peppard lived and said the crew would joke about this often used and empty threat. This dark humor used by the crew helped them persevere through those bleak times.

Peppard said he experienced sheer relief upon being released from his internment. Upon release, he ate a ham and cheese sandwich along with a bowl of chicken-noodle soup, a stark contrast from his daily portions of gruel he ate during his imprisonment.

During his service, Peppard received a Purple Heart, Navy Commendation Medal with “V” for Valor, and a Prisoner of War Medal.